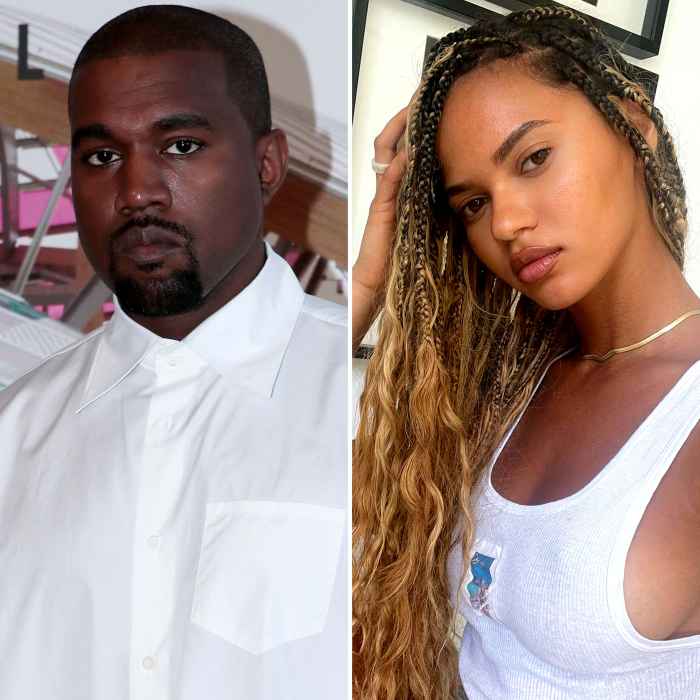 “They’ve been on a few dates already,” a source exclusively tells Us Weekly, noting that the rapper, 45, has been “pursuing” Nalú. “[It] doesn’t seem to be anything serious.”

West and Nalú were spotted enjoying a night out on Sunday, October 9, when they visited a movie theater in Los Angeles. The couple were also in Paris at the same time during Fashion Week — although it isn’t clear whether they crossed paths.

The development in the fashion designer’s personal life comes after he sparked romance rumors with Swanepoel, 33, last month. The model, who collaborated with West on his recent Yeezy sunglasses collection, was photographed at an event with him during New York Fashion Week.

At the time, an insider noted that West and Swanepoel were strictly platonic friends, telling Us, “They are together for promotional stuff for his Yeezy line. They collaborate well together and bond over fashion. Anything beyond a working relationship is not true. They are not involved romantically. She’s another one of his muses.”

The musician, who shares kids North, 9, Saint, 6, Chicago, 4 and Psalm, 3, with ex Kim Kardashian, has dated several women following their split. After the reality star, 41, filed for divorce in February 2021, West was linked to Irina Shayk and model Vinetria before he started seeing Julia Fox earlier this year.

The Uncut Gems star, 32, star gushed about their blossoming romance after they spent New Year’s Eve together.

“I don’t know where things are headed but if this is any indication of the future, I’m loving the ride,” she wrote in a post for Interview in January. “You know, I’m so used to being f—ked over in relationships, so I keep waiting for him to disappoint me because he makes very grandiose promises, and it’s like, ‘How could he ever pull it off with all the other things he has going on?’ But he always does.”

Fox added: “Right now, the vibes I’m getting are very much about tolerance, kindness, and love. I’m canceling cancel culture and putting an end to this black-and-white thinking. People shouldn’t be defined by their darkest moment. As humans, we commit violence to each other, we police each other. We’ve created such a hostile environment, especially on the internet.”

One month later, West and Fox pulled the plug on their relationship. (The “Stronger” rapper, for his part, briefly moved on with Chaney Jones.)

The Italy native recently reflected on what led to the end of their whirlwind romance. “The unresolved issues that he was dealing with … it just seems like he had a lot to work on, and I just don’t have time for it, or energy,” she told ES magazine in September. “I don’t have the bandwidth or emotional capacity for it. I’m proud of myself for that. [Before having my son, Valentino, I] would have definitely stuck it out and been there for longer.”

According to Fox, West’s highly publicized divorce contributed to their breakup. “It was just like, he still wants to hang out with me today, let’s do it,” she continued. “And then real life set in and the lifestyle wasn’t sustainable. I couldn’t fly away once a week. And I tapped out at the first sign of a red flag.”

Although West has remained tight-lipped on the new woman in his life, the songwriter has made headlines for his return to social media. After posting a controversial anti-semitic comment earlier this month, the record producer’s online platforms have temporarily been restricted.