The sweetest gesture! Justin Timberlake celebrated his wife, Jessica Biel, on her 39th birthday with an adorable Instagram tribute.

“Happy Birthday to my favorite person in the world,” the “Can’t Stop the Feeling!” crooner, 40, wrote on Wednesday, March 3, alongside pics of the pair over the years. “The strongest, funniest, best, brightest and most beautiful mom/partner/BOSS there is. I’m lucky to learn from you and laugh with you and celebrate you every day. But, today we do it with ?!!!!”

He added, “Here’s to more slow-mos in the wind, jumping into bushes to save our kid’s toys, and timing out jump pics perfectly… I ❤️ U with all that I know.”

Timberlake and Biel tied the knot in October 2012 at the Borgo Egnazia resort in Puglia, Italy. They welcomed their now-5-year-old son, Silas, in April 2015. In January, the Palmer actor confirmed that the 7th Heaven alum quietly gave birth to their second son, Phineas, in 2020.

“He’s awesome and so cute. Nobody’s sleeping, but we’re thrilled,” he said while appearing on The Ellen DeGeneres Show. “We’re thrilled and couldn’t be happier. Very grateful.”

The Grammy winner also joked that the longtime couple “don’t see each other anymore” after growing their family, adding, “It’s a lot of fun, but I guess the saying goes, ‘Go from a zone defense to a man-to-man very quickly.’ ‘You go get that one, I’ll get this one.’”

Beginning in late November 2019, Timberlake and Biel faced a rough patch in their marriage after the “Suit & Tie” singer was photographed holding hands with his Palmer costar Alisha Wainwright in New Orleans. He issued a public apology weeks after the scandal made headlines.

“I displayed a strong lapse in judgment — but let me be clear — nothing happened between me and my costar,” he wrote via Instagram in December 2019. “I drank way too much that night and I regret my behavior. I should have known better. This is not the example I want to set for my son. I apologize to my amazing wife and family for putting them through such an embarrassing situation, and I am focused on being the best husband and father I can be. This was not that.” 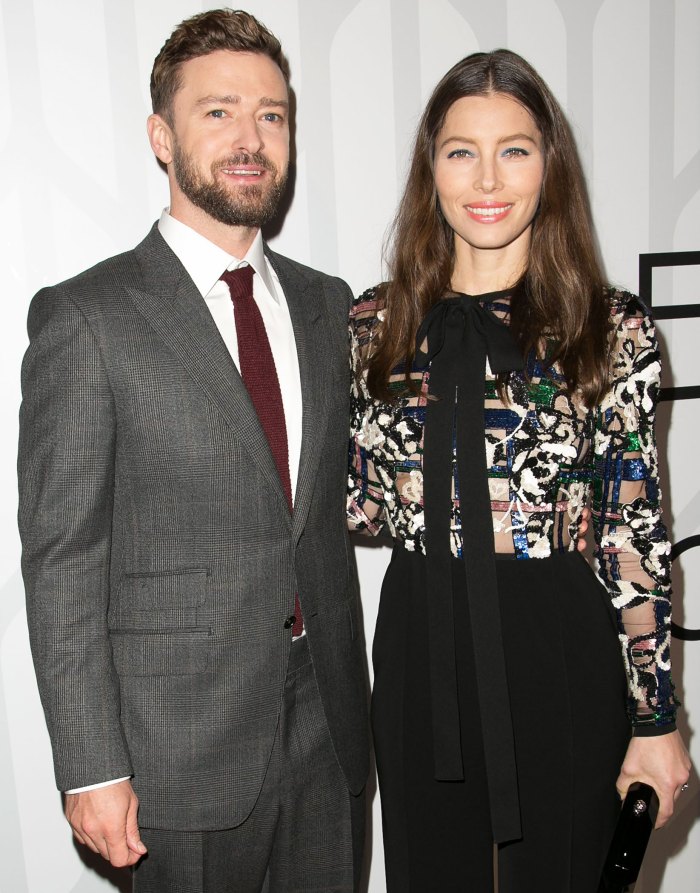 A source told Us Weekly exclusively in January 2020 that Timberlake was “trying his hardest to prove himself” to the Sinner alum. The couple started going to therapy, which the insider noted was something that the pair believed was “constructive for their relationship.”

Biel recently supported Timberlake after he shared an open apology to his ex Britney Spears and fellow pop icon Janet Jackson. The “SexyBack” had come under fire for how he handled the aftermath of his 2002 split from Spears, 39, following the release of The New York Times Presents’ “Framing Britney Spears” special. He additionally acknowledged Jackson, 54, after social media users called him out for exposing her during their 2004 Super Bowl halftime performance.

The Limetown actress simply wrote, “I love you” in the comments section of his Instagram statement on February 12.