“Happy birthday @jenniferaniston,” the 49-year-old actor captioned a black-and-white photo of the Friends alum, 52, via his Instagram Story. “❤️ you B!” 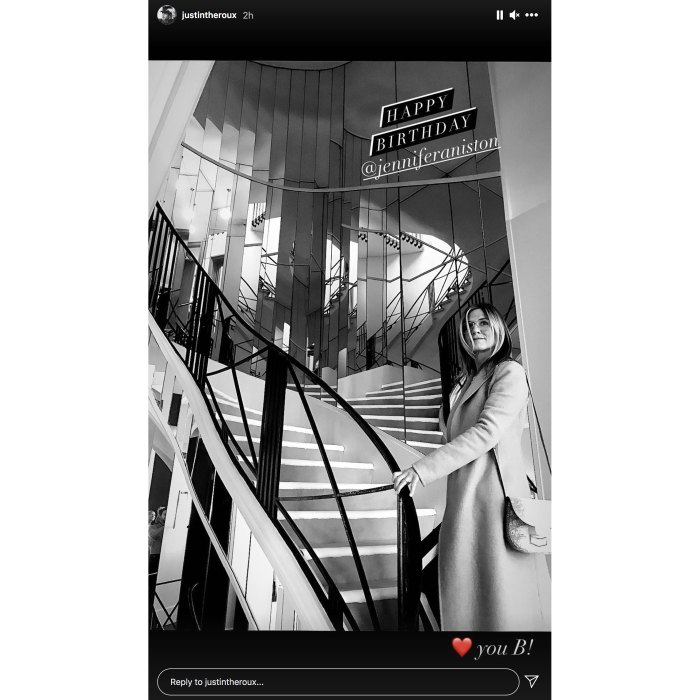 The photo showed Aniston looking out from the bottom of a staircase lined with mirrored walls. She’s wearing a long jacket, glasses, and a purse strung over her shoulder in the sweet snapshot. Although it’s never been revealed what the “B” stands for, Theroux has consistently referred to her as the nickname over the years.

Aniston and Theroux have maintained a close relationship since calling it quits. The duo seemingly reunited in July 2019 to say goodbye to a beloved member of their family — a dog named Dolly. The Girl on the Train actor shared the sad news via Instagram along with a series of photos, including one that showed the actor holding hands with a woman fans speculated was Aniston.

“Tonight, at sunset, after a heroic struggle… our most loyal family member and protector, Dolly A. laid down her sword and shield,” he wrote. “She was surrounded by her entire family. ‘The one that never deserts, the one that never proves ungrateful… is the dog — faithful and true, even in death.’ – George Vest.”

The pair also spent Thanksgiving together with friends in November 2019.

The Morning Show actress and Leftovers star announced the split in February 2018 — three years after they tied the knot in 2015.

“In an effort to reduce further speculation, we have decided to announce our separation. This decision was mutual and lovingly made at the end of last year,” the couple revealed in a statement to Us Weekly at the time. “We are two best friends who have decided to part ways as a couple, but look forward to continuing our cherished friendship. Normally we would do this privately, but given the gossip industry cannot resist an opportunity to speculate and invent, we wanted to convey the truth directly. Whatever else is printed about us that is not directly from us, is someone else’s fiction narrative. Above all, we are determined to maintain the deep respect and love that we have for one another.” 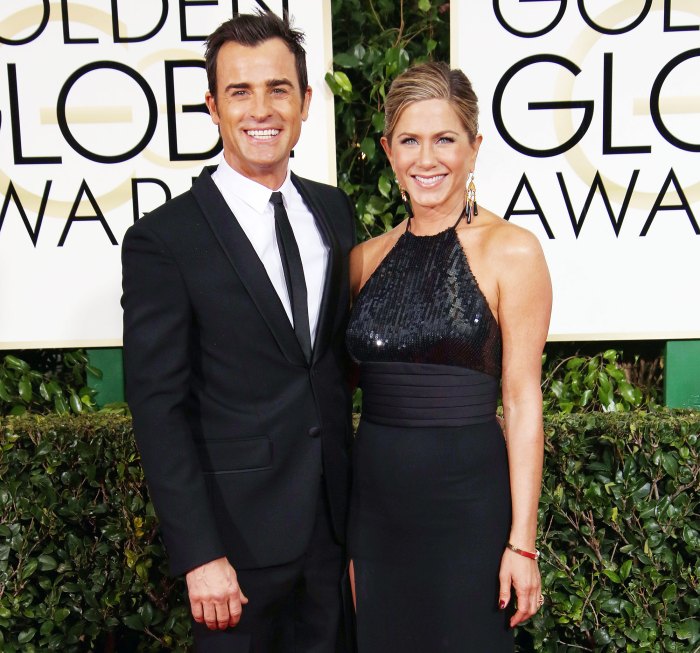 The split announcement came amid reports Aniston celebrated her 49th birthday without her estranged husband, instead surrounding herself with pals like Friends costar Courteney Cox and manager Aleen Keshishian.

Months after they shared the news, Theroux sat down with the New York Times to discuss their amicable split.

“The good news is that was probably the most — I’m choosing my words really carefully — it was kind of the most gentle separation in that there was no animosity,” he explained.

The Washington D.C. native continued: “In a weird way, just sort of navigating the inevitable perception of it is the exhausting part.”

Aniston and Theroux started dating in May 2011 and announced their engagement in August 2012. They wed in Bel-Air, California, in 2015. The Tropic Thunder actor was previously linked to Heidi Bivens for more than a decade. That relationship ended the same year he and the Cake actress began their romance.

What happened to Libby Squire and when did she go missing? – The Sun