Friendly exes! Justin Theroux wouldn’t mind working alongside his ex-wife, Jennifer Aniston, again now that they are both working with Apple TV+.

“Listen, if they wanna send me some pages,” Theroux, 49, told Entertainment Tonight on Friday, March 26, when asked whether he would make a cameo on Aniston’s The Morning Show.

Theroux, who stars on streaming service’s upcoming series The Mosquito Coast, revealed he hasn’t touched base with the Friends alum, 52, about her experience as an actress and executive producer on the drama, because they are filming on different coasts. 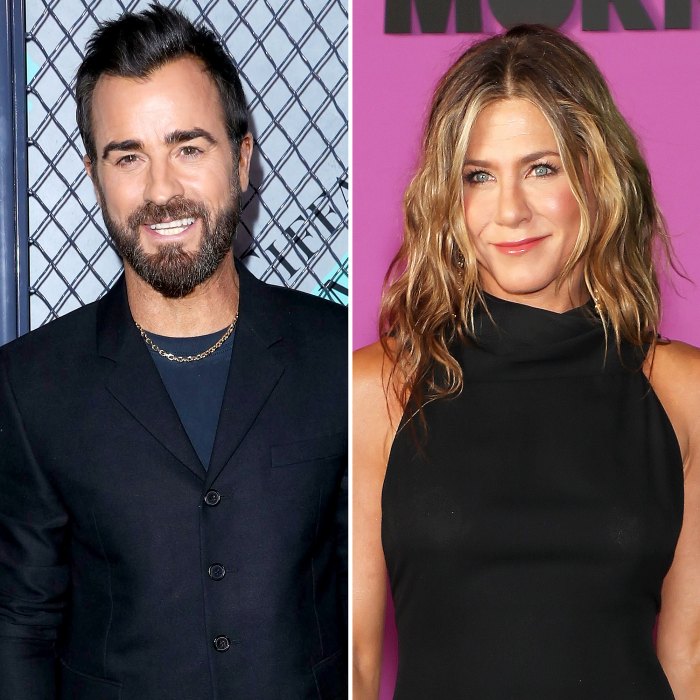 “She’s doing a totally different show,” he explained. “She’s in Los Angeles, obviously, shooting her show and bopping around there. So, it was sort of apples and oranges as far as our productions go.”

The Leftovers alum noted that he does, however, speak with his ex-wife fairly often outside of work.

“We check in,” he said. “And I think we’re both having fabulous experiences working with Apple TV+. It’s that perfect balance of support, and also not controlling the creative.”

The duo, who previously worked together in 2012’s Wanderlust, dated for four years before tying the knot in a secret ceremony at their Los Angeles home in August 2015. Less than three years later, the pair announced in February 2018 that they had gone their separate ways a few months prior.

“This decision was mutual and lovingly made at the end of last year,” the actors said in a joint statement to Us Weekly at the time. “We are two best friends who have decided to part ways as a couple but look forward to continuing our cherished friendship.”

The Tropic Thunder actor addressed the breakup in September 2018, telling The New York Times that it was “the most gentle separation” and there were no hard feelings for either party.

“It was heartbreaking only in the sense that the friendship would not be the same, as far as just the day to day,” he explained. “But the friendship is shifting and changing, you know, so that part is something that we’re both very proud of.”

Aniston, who was previously married to Brad Pitt from 2000 to 2005, has remained friends with Theroux since their divorce, including celebrating holidays together from time to time.

“Very VERY thankful for these friends and these nights #Faksegiving,” Theroux wrote alongside the picture with Aniston, Courteney Cox, Jason Bateman, Will Arnett, Jimmy Kimmel and more pals on Thanksgiving in 2019.

Last month, the Lady and the Tramp actor again showed that the exes are friendly by giving the Cake star a birthday shout-out via his Instagram Story.

“Happy birthday @jenniferaniston,” Theroux captioned a black-and-white photo of the Emmy-winning actress in February. “❤️ you B!”

Have a Beano in Scotland’s home of comics with our handy Plan Now, Go Later guide