Justin Bieber’s Facial Paralysis Is ‘Tough’ on Him and Hailey

Leaning on his love. Justin Bieber is “fully committed to performing again” amid his battle with Ramsay Hunt syndrome, and wife Hailey Bieber (née Baldwin) is helping him get there.

“Hailey has been an absolute rock,” a source exclusively reveals of the model, 25, in the new issue of Us Weekly. “She’s by his side for whatever he needs, as are his other close friends and family.”

The 28-year-old pop star revealed via Instagram on Friday, June 10, that he was forced to cancel several concerts due to a series of health issues, including Ramsay Hunt syndrome, which left half of his face paralyzed. “This is pretty serious as you can see,” he told fans, showing how his ability to blink and move other parts of his face were impacted. “I wish this wasn’t the case. But obviously my body is telling me I need to slow down.” 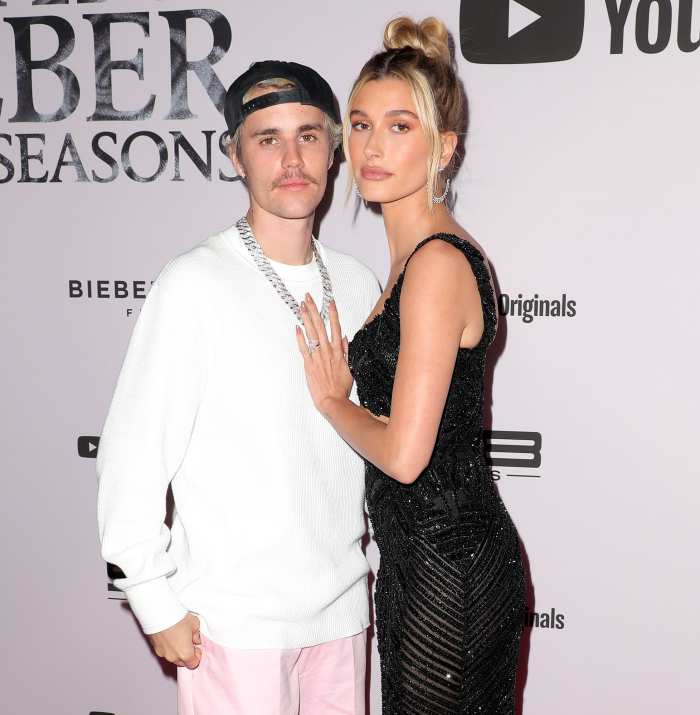 As he continues on the road to recovery, the “Yummy” crooner is “working with a top team of specialists and following their advice to the letter,” per the insider. Along with “doing facial exercises” and “getting as much rest and relaxation as possible,” Justin has been turning to prayer for guidance.

“[He] has every faith this will resolve itself eventually, but of course it’s a stressful situation to be dealing with and a tough time for both [him and Hailey] right now,” the source adds. “The last thing he wanted was to postpone the concerts.”

The Canadian musician “hates letting his fans down, but at this stage it’s simply not possible for him to perform to the best of his ability,” the insider tells Us.

Upon announcing his diagnosis on Friday, the Grammy winner told his social media followers that he would use his time off from the Justice World Tour to “rest and relax and get back to 100 percent so I can do what I was born to do.” When it comes to her husband’s health, Hailey is “1,000 percent supportive” of his best interests, a second source adds. 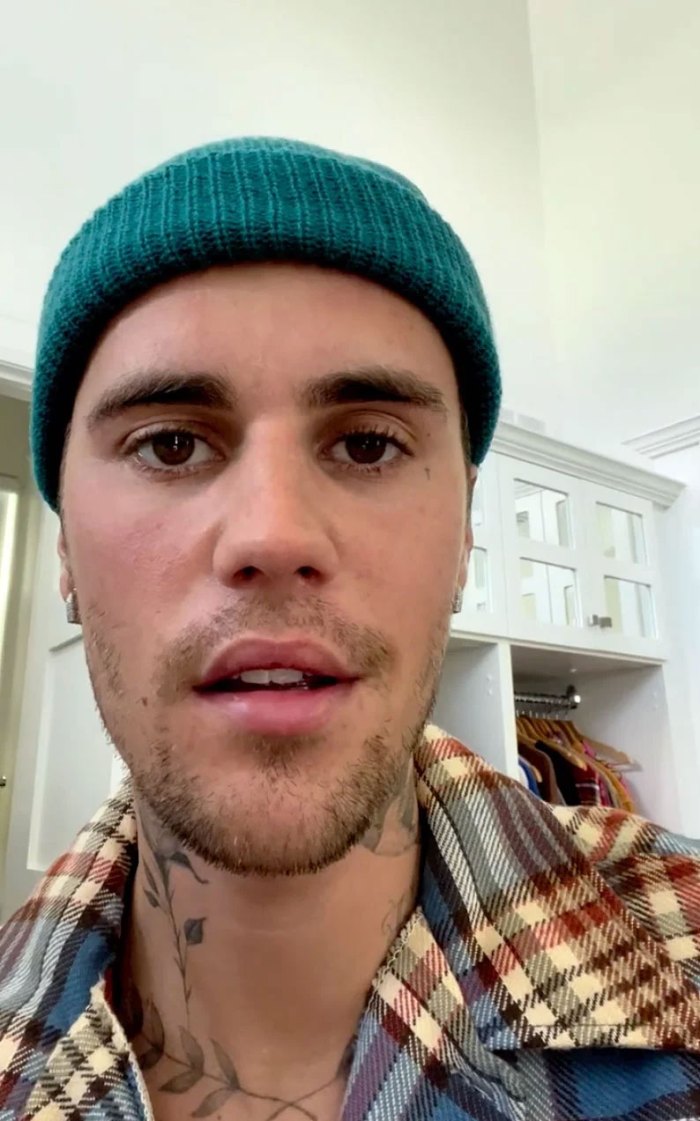 “She will drop anything to be there for him whenever he needs,” the insider says. “She’s very caring and is such an amazing wife to him.”

Stephen Baldwin‘s daughter previously comforted Justin after his initial Instagram reveal, writing, “I love u baby,” via her Instagram Story alongside his video.

The “Baby” artist previously showed Hailey the same level of support after she was hospitalized in March for a blood clot that caused “stroke-like symptoms.” During a concert in Colorado, Justin praised the Drop the Mic alum’s strength between songs. “It’s been scary, you know, it’s been really scary,” he said at the time. “But I know for a fact that God has her in the palms of his hands, and that’s a good thing.”

Hailey made a full recovery, sharing her experience via Instagram before she was spotted dancing at Justin’s tour stop in Utah. The couple, who wed in September 2018 and held a second ceremony the following year, have leaned on each other through their highs and lows.

“They’ve each faced multiple health scares and have gotten through them together. This is another serious battle,” the second source says. “Justin certainly has fears about the lasting effects and if he can overcome this, but all he can do is follow doctor’s orders and hope that everything will be OK. … He’s completely devastated that he’s had to postpone his shows — he knows how loyal his fans are — and is heartbroken about all of this.”

Watch the video above — and pick up the latest issue of Us Weekly, on newsstands now — for more on the Biebers’ ups and downs.

Thousands of households could see their water bills HALVED with new support fund – are you eligible?