The celebrity hairstylist, 38, weighed in on Shah’s arrest via his Instagram Story on Wednesday, March 31, revealing that he always thought the Housewife, 47, was “shady” after watching her on the Bravo series.

“I love some sketchy reality TV characters, but she was NEXT LEVEL SHADY,” Anderson wrote alongside a video trying to uncover more details about the star’s run-in with the law, which took place one day prior. “You can always tell by people’s eyes. She’s like a Danielle Staub or Southern Charm’s Madison. Good TV for a season or two but scary in real life.” 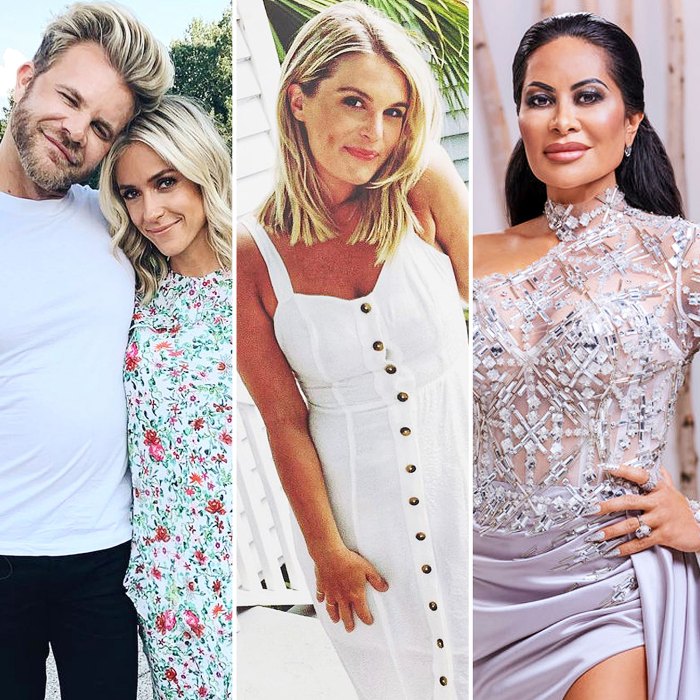 The Very Cavallari alum posted a series of videos dancing around his kitchen to Taylor Swift’s “Getaway Car” while commenting on the Shah drama after she was taken away by police amid filming season 2 of the Bravo series for allegedly defrauding hundreds of people in a nationwide telemarketing scheme.

A source exclusively told Us Weekly on Tuesday, March 30, that “Jen was filming with a few of the other women present when she was arrested.” Her fellow cast members — including Heather Gay, Lisa Barlow and Meredith Marks — “were completely shocked” as they watched her get taken into custody.

A second source told Us that the entrepreneur “is really humiliated that all of this is happening in the public eye and that it will be shown on Bravo” after being booked on conspiracy to commit wire fraud in connection with telemarketing and conspiracy to commit money laundering.

Anderson, for his part, was intrigued by the scandal, joking that one of Shah’s assistants named “Stuy” must have been “driving the getaway car through Salt Lake City with Jen in full glam.” Stuart Smith was also arrested in Salt Lake City on Wednesday, and both he and Shah face a maximum sentence of 30 years for the wire fraud charges and an additional 20 years for the money laundering charges.

The Nashville resident shared a second clip of himself rocking out to Swift’s song, writing, “Bravo do not keep this from us! JEN on camera checking her makeup in the car with the sirens behind her.”

The dpHUE cofounder then made his case for the arrest to be featured on the upcoming season of RHOSLC, pleading with the network to give fans “the TV we deserve. They gotta put it on the show. Somebody please! I want to see her in handcuffs. It’s going to be wonderful TV.”

The “In the Chair” podcast host’s comments about Shah and LeCroy, 31, came two months after the South Carolina native made headlines for her brief relationship with Jay Cutler and his estranged wife, Cavallari.

After the former NFL player, 37, and the Uncommon James founder, 34, announced their split in April 2020 after seven years of marriage, Cutler was linked to LeCroy in January 2021, shortly after Cavallari was seen spending time with LeCroy’s ex-boyfriend Austen Kroll.

Things got messy when the Southern hairdresser threw shade at the Laguna Beach alum by mocking Cavallari’s drunken hangout with Kroll, 33. LeCroy shared an Instagram video of herself dancing in January, saying, “Don’t worry, my kid is at his dad’s,” mocking the designer. She then noted, “I think when that video was made, hers weren’t.”

Cutler and Cavallari, who share three children, Camden, 8, Jaxon, 6, and Saylor, 5, then showed a united front posting a photo together about a “world full of users” adding that no one can “break” 10 years of friendship. LeCroy fired back by releasing her alleged text messages with the former athlete, claiming he pursued her.

Anderson also came to his BFF’s defense, calling out LeCroy for her actions the same month, saying, she tried to fool “everyone with the victim stuff” on Southern Charm. “If everyone stops saying Madison’s name … she’ll stop making stuff up for attention,” he said in a TikTok video, calling her comments “cheap.”

Us Weekly has reached out to Staub and LeCroy for comment.

Bachelor Matt James Says ‘It Was Time’ to Shave His Beard