A few of her favorite things. Julie Andrews paid tribute to Sound of Music costar Christopher Plummer following his death on Friday, February 5.

“The world has lost a consummate actor today,” Andrews, 85, said in a statement to ABC News. “And I have lost a cherished friend.”

The English actress continued: “I treasure the memories of our work together and all the humor and fun we shared through the years. My heart and condolences go out to his lovely wife Elaine, and his daughter Amanda.”

The 91-year-old actor died on Friday at his home in Connecticut with his wife of 50 years, Elaine Taylor, by his side, Deadline reported.

“Chris was an extraordinary man who deeply loved and respected his profession with great old fashion manners, self-deprecating humor and the music of words,” Plummer’s manager of 46 years, Lou Pitt, told Us Weekly in a statement. “He was a National Treasure who deeply relished his Canadian roots. Through his art and humanity, he touched all of our hearts and his legendary life will endure for all generations to come.” 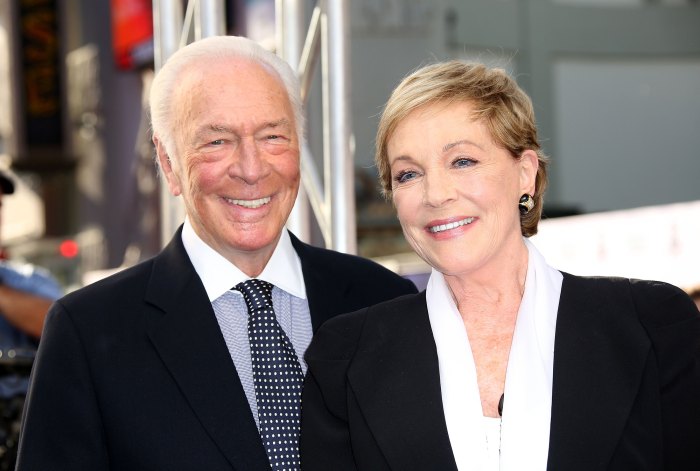 Andrews’ friendship with the late actor spanned more than 55 years, having met while working on 1965’s The Sound of Music, where they played love interests Maria and Captain von Trapp, respectively.

The Mary Poppins star reunited with the Departure alum in March 2015 to talk about their long-lasting friendship and the 50th anniversary of their film.

“Well, I never knock it,” Andrews told Vanity Fair at the time, reflecting on playing the nun-turned-baroness. “Because it was the moment in my career where everything exploded. That and Poppins.”

Plummer, who was vocal about his reluctance to play the role of the Austrian captain, revealed he had some fondness for the film.

“As cynical as I always was about The Sound of Music, I do respect that it is a bit of relief from all the gunfire and car chases you see these days. It’s sort of wonderfully, old-fashionedly universal,” he explained. “It’s got the bad guys and the Alps; it’s got Julie and sentiment in bucketloads. Our director, dear old Bob Wise, did keep it from falling over the edge into a sea of treacle. Nice man. God, what a gent. There are very few of those around anymore in our business.”

When asked to talk about their 50-year-long bond, the duo looked at each other before Plummer joked, “She can’t think of anything to say.”

Andrews then sang her former costar’s praises, saying, “He was such a hugely great actor that when he was cast in Sound of Music all I could think was, ‘How will I ever live up to that?’ But we had a very good time. We never had a cross word, nothing.”

The Cliffs of Freedom actor agreed with the Bridgerton narrator, adding, “She may be a terrible martinet, but she’s not an unpleasant one.” 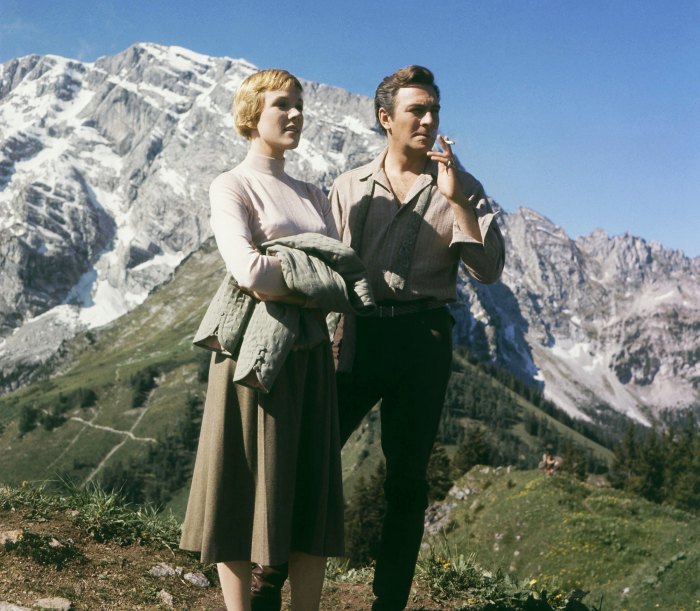 Plummer noted he only spent “something like” 11 days in Austria filming with Andrews, but the two grew close.

“I do know that you and I bonded a couple of times. Once was when I was soaking wet, after the boat I was in with the children turned over. It’s one of my favorite moments in the film,” Andrews recalled. “I’ve never told you this — it was just before we go into the gazebo and you’ve said good-bye to the Baroness. You were trying to say that you were glad Maria was back. And like a child, you said that it was all wrong when I went away and it would be all wrong if I went again. It was so endearing.”

The pals revealed the same month that they had crushes on one another while working on The Sound of Music, with Plummer telling ABC News’ Diane Sawyer that they “should have ended up together.”

The Canadian actor, who married Taylor in 1970, added, “But there was no time because she had her children with her, which was most inconvenient.”

The Princess Diaries actress, who was married to her first husband when she met Plummer, weighed in on the possibility of an offscreen romance with him, saying, “We were never an item, as they say. But now we are the best of friends. We became the best of friends, and that’s lovely … probably because we weren’t an item.”