“I hope she is OK and have always wished her the best,” Galavis, 39, exclusively told Us Weekly on Thursday, January 21.

Us confirmed on Tuesday, January 19, that Crawley, 39, and Moss, 32, called it quits six months after meeting and falling in love on season 16 of The Bachelorette in July 2020. The pair got engaged and left together after just two weeks of filming — with the proposal airing in November 2020.

“I can’t comment about Dale as I don’t know him personally,” Galavis said, adding that he “always” hoped Crawley would find her happy ending.

He added: “Some day she will find the right guy to be her husband, have kids and it will be the way her father always wanted.” 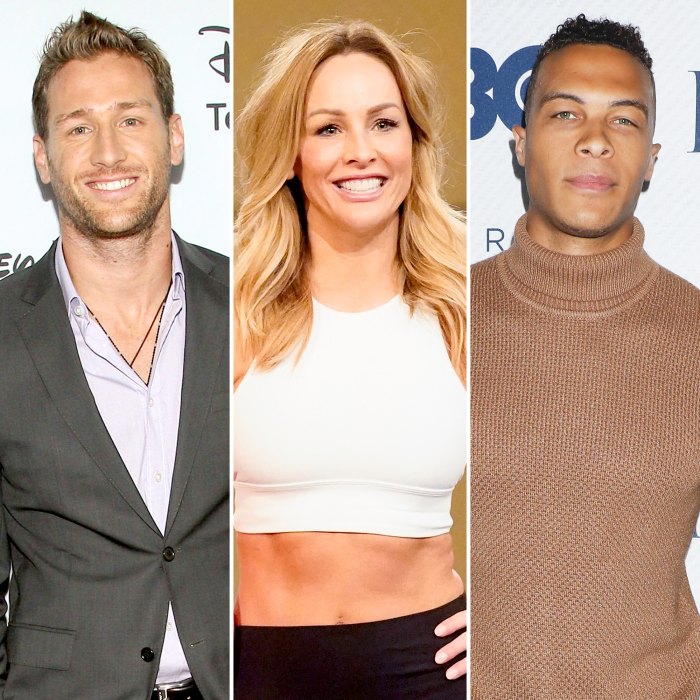 The former Bachelor, who chose Nikki Ferrell over Crawley on the season 18 finale in 2014, admitted he hasn’t spoken to the hairstylist since she slammed him on the show, but claimed production called him while she was filming season 16 of The Bachelorette.

“Apparently, she wanted me on the show to make peace,” he told Us on Thursday. “Till this day, I don’t know if that was true or not, or it was the [just] show wanting me back.”

During Galavis’ 2014 finale, Crawley called him out after he allegedly told her he didn’t love her, but he loved “f—king” her. “I would never want my children having a father like you,” Crawley told him at the time.

The former soccer player, who split from winner Ferrell, 34, in October 2014, again stirred the pot after Crawley was announced as the Bachelorette in March 2020.

“I just SAW the GUYS for @Clare_Crawley Bachelorette season and its gonna be INTERESTING seeing HER get hit on by KIDS on [sic] their 20s,” Galavis tweeted at the time. “I think this MIGHT be the 3rd SEASON Im gonna watch.”

The California native clapped back, saying, “And yet here you are, older than 99% of them and still can’t practice compassion and kindness.”

Galavis seems to be putting their issues aside, now however, telling Us that he wants his ex to get the love story she has always wanted.

“I would like to see her happy and with a couple of kids,” he said on Thursday. “I remember while we were on the show and in our overnight, we talked about it.”

Hours earlier, the Bachelor in Paradise alum broke her silence about her failed engagement, two days after Moss confirmed their separation.

“Speaking for myself, my intentions with this relationship have always been very clear, so the truth is I am crushed,” she wrote via Instagram on Thursday. “This was not what I expected or hoped for and am still trying to process this.”

Crawley, who was previously engaged to Benoit Beausejour-Savard, added: “Our relationship was not perfect. But I can say that I was genuinely invested with all of my heart. I may not have the answers, but I do know this — I will continue to show up, stand by my word and be committed to love.”

Following the split news, Moss was accused of cheating on Crawley with an eyewitness telling E! News that he had a “candlelit dinner” with an unidentified woman in New York City in November 2020.

A source close to Moss, however, told Us that “there is zero truth to any cheating rumors” and that the woman in question is a “longtime friend” of the model.