Out and proud! JoJo Siwa says she’s “the happiest I’ve ever been” after coming out to her millions of social media followers on Friday, January 22, posing for a photo in a T-shirt that read, “Best. Gay. Cousin. Ever.”

The entertainer, 17, opened up about her sexuality in an Instagram Live the following day.

“Personally, I have never, ever, ever been this happy before and it feels really awesome. I’ve been happy for a little bit now. It’s just so, so, so awesome,” she revealed with a smile on Saturday, January 23. “You guys probably haven’t seen me this happy since I was on tour.” 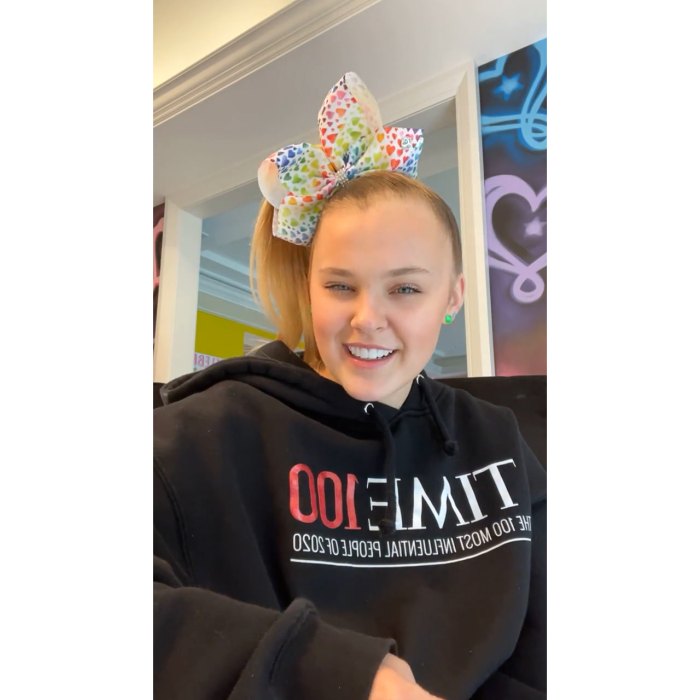 Siwa fielded questions from fans, including one about how she would “label” herself as a member of the LGBTQ community. The YouTube sensation declined to use a specific word but revealed that it’s something she’d given a lot of thought to.

“The reason I’m not going to say this answer is because I don’t really know this answer. I think humans are awesome, I think humans are really incredible people. Right now, I’m super duper happy and I want to share everything with the world but I also want to keep things in my life private until they are ready to be public.” 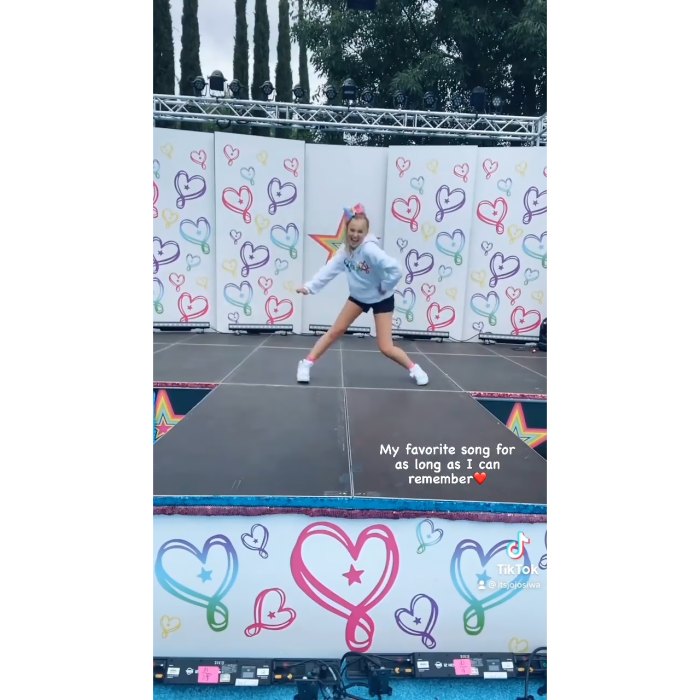 The Dance Moms alum added, “Right now what matters is that you guys know that no matter who you love, that it’s OK. It’s awesome and the world is there for you.”

“I know everyone’s situation is different and it might be harder for some people and easier for some people to come out or be themselves but I think coming out has this stigma around it — that it’s this really, really scary thing, but it’s not anymore,” Siwa continued. “There are so many accepting and loving people out there that it’s OK. Of course people are going to say it’s not normal, but nothing is normal. Literally not one thing about anybody is normal and it’s OK not to be normal, it’s OK to be a little different, it’s OK to be a little weird, strange, different. That’s something we should never, ever be afraid of. That’s something we should be proud of. … I’m the happiest I’ve ever been, that’s what matters.”

Asked by another fan about how her parents, Jessalynn Siwa and Tom Siwa, took the news, the internet personality said, “My parents have known. My mom said she’s known for the last two years. She’s like, ‘I just know with you!’ Around two years ago, she was like, ‘I don’t think you only like boys, that’s totally OK.’ … My family is awesome.”

JoJo shared messages of congratulations from followers and her famous friends, including Paris Hilton and Ellen DeGeneres. She also shared a tweet hailing her coming out as a triumph.

The message read, “OK all jokes aside JoJo Siwa coming out is super f–king brave considering she’s primarily in children’s entertainment and this has potential to piss off a lot of parents, networks she works with, etc. but is also f–king cool for that reason?! What a badass.”