Joe Giudice Reacts to Teresa and Luis Not Signing a Prenup 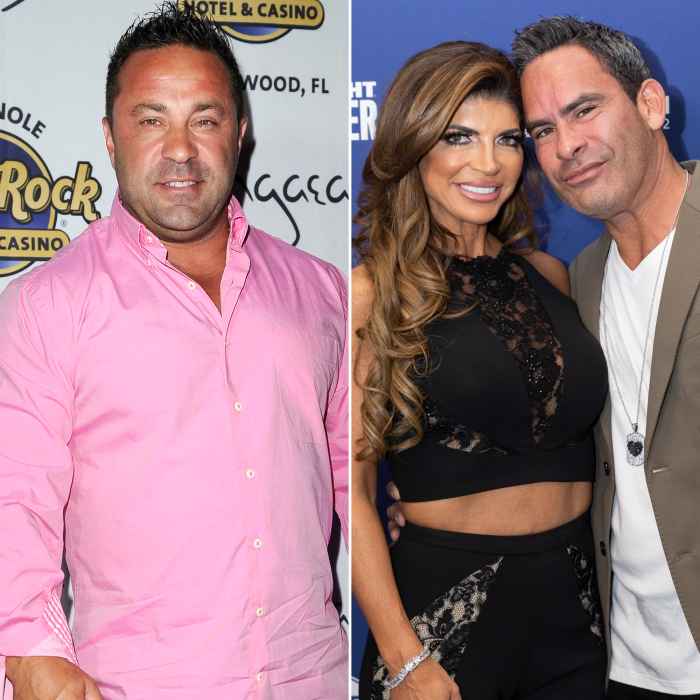 He’s not stressed. Joe Giudice had a simple reaction to ex-wife Teresa Giudice not having a prenuptial agreement with husband Luis “Louie” Ruelas.

“My thoughts on Teresa not signing a prenup is that it is her and Lou’s business,” Joe, 50, exclusively told Us Weekly on Friday, October 22, through his manager Dominique Enchinton of Dominton Talent House. “I don’t have any thoughts or comments on that.”

His reaction was much more reserved than the fans at BravoCon. During the Tuesday, October 18, episode of Watch What Happens Live With Andy Cohen, which was taped at the New York City fan event the previous weekend, the Real Housewives of New Jersey star, 50, was asked about her final decision on prenups by an attendee. Teresa cited “true love” as the reason why she ultimately chose not to fill out the legal paperwork and was booed by the audience.

Ruelas, 47, was in the audience and shook his head when host Andy Cohen asked if they ever discussed the possibility. Later, daughter Gia Giudice came to her defense while bartending during the late-night show. “My dad made her sign a prenup and I really didn’t like that,” the 21-year-old said, referring to her father.

Gia is the eldest of Joe and Teresa’s kids, followed by Gabriella, 18, Milania, 16, and Audriana, 13. Joe and Teresa called it quits in December 2019 after 20 years of marriage, but they’ve since remained friendly coparents.

In February, Teresa hinted that she didn’t plan to sign a prenuptial agreement ahead of her second marriage. “I would, you know, if he said so. I’m so very easy about that. He definitely has more than me,” she said on WWHL in February. “I would never take anything from him, I’m so not like that.”

While Joe stayed quiet on the topic of Teresa and Ruelas’ legal agreements, he noted that he is content with the financial arrangements he has with his ex-wife — which includes not receiving any profits from the February sale of their New Jersey mansion for $1.9 million.

“As for me not getting any money from the home sale, I’m good with it. That was our arrangement,” Joe said, later adding his construction business in the Bahamas is “doing very well” and his fight to get back into the U.S. after deportation continues.

“I’m keeping busy with my petition to get back to the USA which my manager Dominique Enchinton and attorney Jessica Cadavid are working on so that I can be with my family finally,” he said. “It’s been a long process and I’m extremely hopeful. My manager Dominique Enchinton is also working on other projects for me and you might see me on television again in the near future.”

Until he can return to New Jersey, his family visits him in the Bahamas. Teresa opened up about the dinner that she and Ruelas had with Joe in the Bahamas recently. “I was, like, so nervous. But you know, we had the best night,” the Turning the Tables author revealed to Us during BravoCon. “It made the children so happy.”

Joe emphasized that his rapport with Ruelas is amicable. “My relationship with Luis is good,” Joe exclusively explained to Us. “As long as he’s good to Tre and my girls, I’m good with him.”

Ruelas revealed that he spoke to Joe just before saying “I do” in August. “I spoke to Joe, actually, [on] the day of the wedding,” the businessman exclusively told Us on Saturday, October 15. “Called him to let him know that, you know, I’m committed to his daughters and committed to Teresa.”

The groom recalled telling the former Bravo star, “You and I have a bond to be able to talk about anything that goes on with the kids. You know, [like], ‘I’m here.’ So, we’re really good.”

Essential Tips For Playing Your Very Best Bet On Baseball