Bravo cameras weren’t rolling when Teresa Giudice and Joe Giudice reunited in the Bahamas, but Us Weekly has all the exclusive details of the Real Housewives of New Jersey star introducing her ex-husband to her boyfriend, Luis “Louie” Ruelas.

“You can all imagine how I felt when they walked in the room. It was awkward to see my ex after a lifetime together with someone else,” Joe, 48, told Us on Thursday, April 1. “Teresa and I decided to be honest and remain friends with one another for the girls.”

The former spouses shared a family photo with daughters Gia, 20, Gabriella, 16, Milania, 15, and Audriana, 11, at dinner on Wednesday, March 31, in the Bahamas. 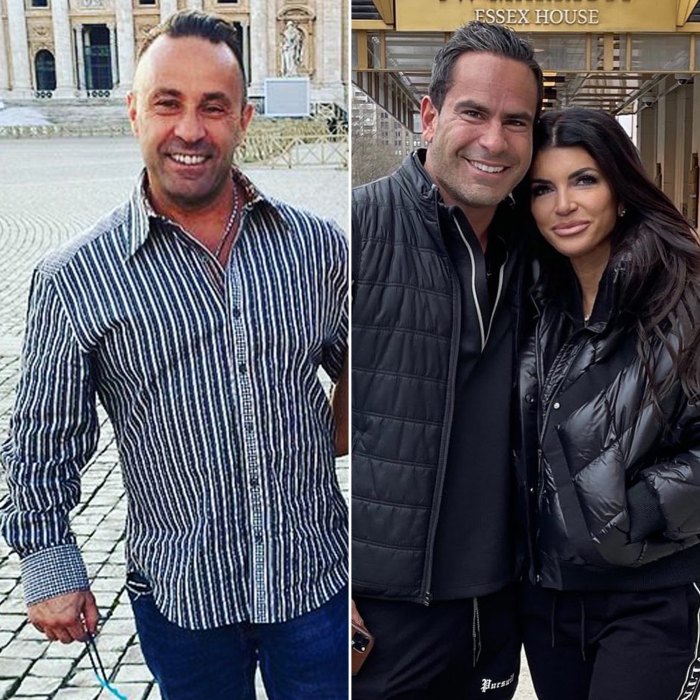 “Parenting should always be about giving your children the best outcomes for every situation,” Joe added. “I believe we deserve to all be happy and our children will thank us for it. I am genuinely happy for both Teresa and Luis and wish them the best!“

Teresa, 48, and Joe called it quits in December 2019 after 20 years of marriage. Nine months later, Us confirmed that their divorce was finalized. The Standing Strong author subsequently started seeing Ruelas, a single father from New Jersey. Teresa told Andy Cohen last month that her new man wanted to meet Joe, who relocated to the Bahamas after he was deported to his native Italy following his 41-month prison sentence.

“They’ve talked over the phone and Luis wanted to go to the Bahamas and meet him,” Teresa said on Watch What Happens Live With Andy Cohen on March 24. “Which I thought that was like the most amazing thing ever. Because he said he just wanted to talk to him and let him know that he’s not trying to take his place or anything. But he just wanted [Joe] to meet him because we have daughters and I just thought that was the most beautiful thing ever.”

The couple subsequently traveled to meet up with Joe and her girls in the Bahamas with Ruelas’ sons. During their vacation, a heated episode of RHONJ aired in which Joe Gorga slammed his sister’s ex-husband.

“I’m mad at the son of a bitch for what he did to you! He ruined everything and he put you in jail,” the Gorga’s Guide to Success author, 41, screamed on Wednesday’s episode. “I don’t want to f—king hear it. F—k that piece of s—t. He put my mother in a f—king grave, so I’m supposed to f—king like him?”

Teresa defended the former construction business owner from the Bahamas via Instagram.

“Tonight’s episode is hard for my girls and I,” she wrote alongside a family pic. “Joe is the father to my children & even though we split I respect his relationship with my daughters so it’s hard for them to see my brother disparage him, for the sake of my daughters who have already been through so much loss. My mother adored Joe & that’s what my girls saw & remember. I hope from this point we can all move forward on a more positive note for the sake of our family. ❤️❤️❤️❤️.”