“Thank you for accepting me and not trying to change me. Thank you for seeing the best in me,” the 48-year-old former construction business owner wrote on Sunday, February 14, alongside two photos of his new Italian flame. “I love the way your eyes light up when we [are] together. I love hearing about what matters to you. I am thankful for you and your family. And most of All I love the way YOU ♥️ MY KIDS. My life is so much better because you are here with me.”

Us Weekly exclusively confirmed in December 2020 that Giudice had been dating Fittipaldi since that summer and that they spent Thanksgiving together in Italy. Joe was previously married to Teresa Giudice for 20 years before they announced in November 2019 that they were going their separate ways. The pair — who share daughters Gia, 19, Gabriella, 16, Milania, 14, and Audriana, 11 — finalized their divorce less than one year after their split.

Joe was deported to Italy in October 2019 after serving a 41-month prison sentence for fraud. When two of his kids, Gia and Milania, visited him overseas for the second time since his deportation in November 2020, he introduced them to Fittipaldi. “They all bonded really well,” a source previously told Us of the meeting.

Since finalizing his divorce from Teresa, 48, Joe dropped a few hints about making progress in his love life. He told Wendy Williams last year that he was seeing a lawyer — but that they were taking things slow.

“I wouldn’t say that we’re boyfriend, girlfriend, but we’re kind of, like, hanging out a lot,” he teased in October, shortly before revealing to E! News that his girlfriend is “a fan” of his ex-wife. 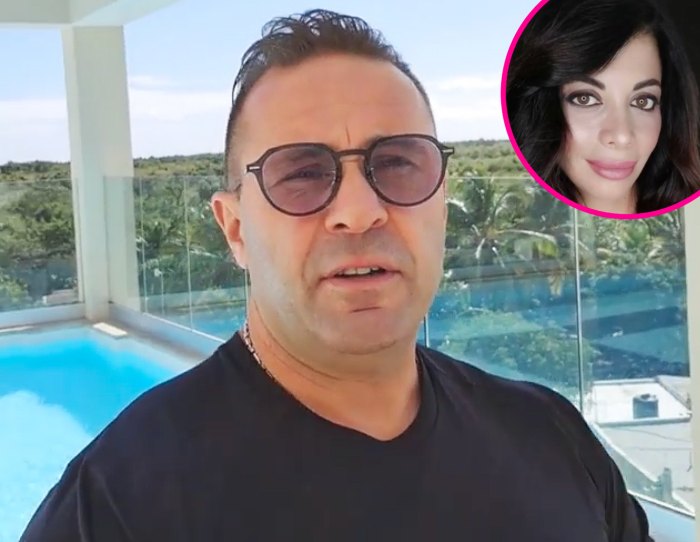 The Real Housewives of New Jersey star, for her part, moved on with boyfriend Luis “Louie” Ruelas last fall. A source told Us in November that the Bravo star is “happy” with her new beau, a father of two sons who also lives in the Garden State.

As fans prepare for the upcoming 11th season of RHONJ, which premieres on Wednesday, February 17, they might be seeing more of Ruelas. Fellow Housewives Melissa Gorga, Dolores Catania and Jackie Goldschneider recently opened up about their costar’s new romance and gave the relationship a seal of approval.

“I wish them happiness, and I hope everything’s great,” Gorga, 41, told Us exclusively of her sister-in-law and Ruelas. “But it’s new. It’s the beginning, so you never know. He seems like a nice guy, so we’ll see what happens.”

Catania, 50, called the budding romance “hot” and “crazy,” while Goldschneider, 44, hinted that a healthy relationship could lead to a positive change in the Standing Strong author’s outlook.

“I think only unhappy people do bad things, so I’m hoping that if she’s a happy person, she’ll do less bad things,” the former lawyer joked.

Gina Carano found out about The Mandalorian firing on social media