Jessica Simpson continues to be an open book. As the singer prepares to release more writing, she revealed she tested positive for coronavirus the same day she sat down to write her new essay, Take the Lead.

“This is the cover of my new Amazon Original Stories essay on self-acceptance, parenthood and overcoming fear called … TAKE THE LEAD. We have all been handed challenges and fears in our lives that, at times, felt like too much to overcome,” the 40-year-old fashion designer wrote alongside the essay cover. “This past year has been especially intense for me and so many of you. I started writing this essay on the same day I received a positive test result for COVID-19. I decided instead of being driven by fear, I would manifest a hopeful conversation with you.” 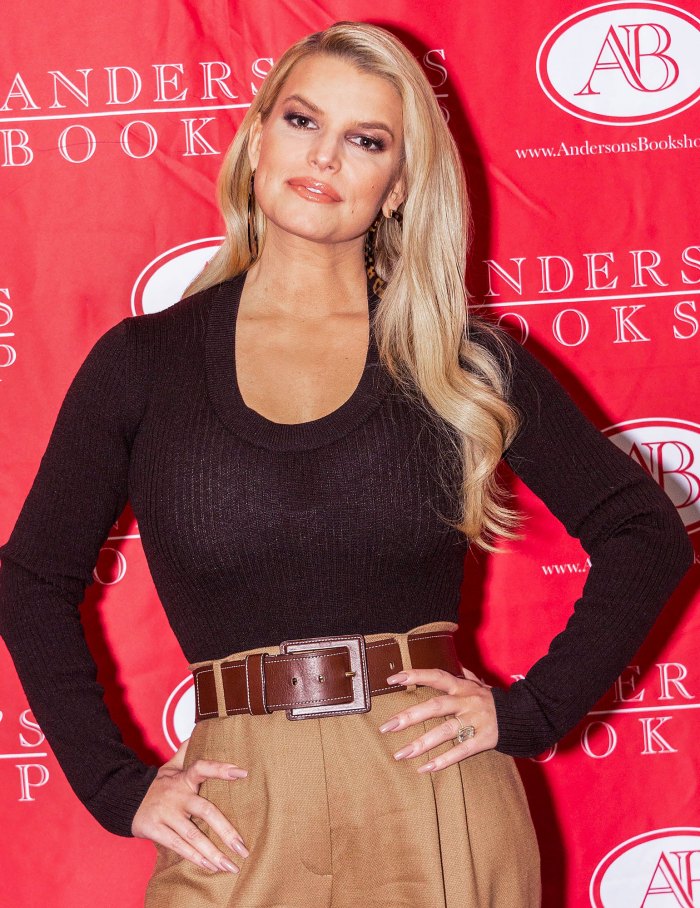 Simpson added: “I felt strong, resilient, and God-inspired through my pen teaching me as I was sharing with you ways to get to the other side of fear.”

Take the Lead, which is available April 29, comes after Simpson released the paperback version of her best-selling memoir, Open Book, earlier this month. In the new edition, the “Sweetest Sin” songstress shared diary entries from several pivotal moments in her life, including when she learned ex-husband Nick Lachey started dating Vanessa Lachey (née Minnillo) in 2006. (Simpson and Nick, 47, split in 2005 after three years of marriage.)

“So Nick, u r with another already?” she wrote at the time. ”Seems that you forgot the love you spoke to me … It is only because I am alone in the dark [with] no one to call my own, but the night. Oh night, love me tenderly, love me quiet, find me happy, find me right. Oh lord, let your star shine upon me tonight.”

Simpson captioned a photo of the journal passage: “I didn’t want to be married any longer, but I was also afraid to be alone with ‘no one to call my own but the night.’ The house is hushed, everything is still. I sit in solitude, to cry, to feel alone. Giving up on giving in.”

Simpson’s memoir also covered the sexual abuse she experienced as a child. In the paperback edition, she detailed telling her eldest daughter about being inappropriately touched by a family friend as a child after a fan approached Simpson about the situation at a book signing.

“‘Well, in the book Mommy talks about when she was a little bit younger than you …’ I paused,” she wrote. “This was going to have to be the time for our talk. ‘I struggled with somebody touching me in an uncomfortable way.’ ‘Oh, that’s so sad, Mommy,’ she said.”

After Maxwell said, “That won’t happen to me,” the mother of three replied, “‘We don’t want it to, no,’ I said. ‘And if it ever did, I want you to be able to tell them to stop and tell Daddy or me right away.’”