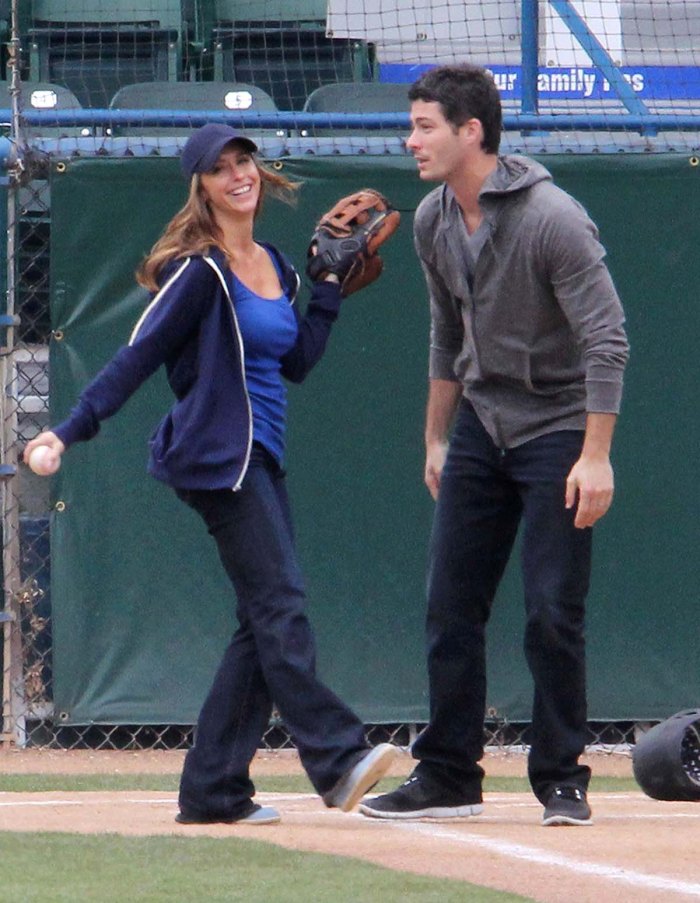 “[I] just fell in love all over again. 🎃🧡🎃,” the I Know What You Did Last Summer star, 43, wrote via Instagram on Monday, October 3, alongside a photo of Hallisay, 43, in the kitchen with his face conveniently covered by a jack-o-lantern hanging from the ceiling. Hewitt has shared several photos of her Halloween decorations on social media over the past week, including a slideshow of the pumpkins she made in honor of each member of her family on Sunday, October 2.

“This makes my mommy heart so happy because they all get excited. 🎃🧡,” she wrote. 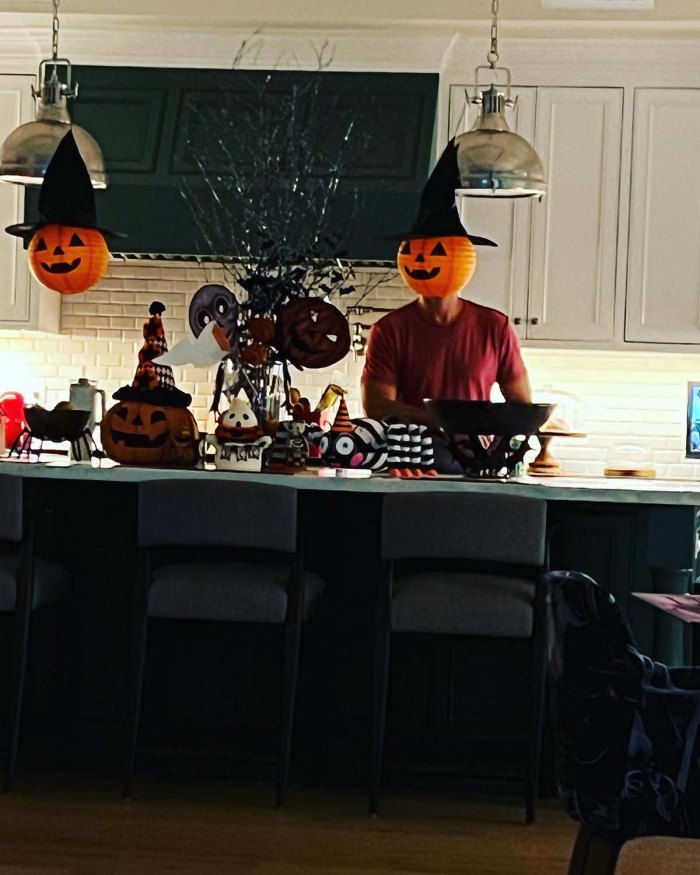 Us Weekly exclusively confirmed in June 2013 that the 9-1-1 star and Hallisay were engaged and expecting their first child together. “We’re so thrilled and happy to start a family,” Hewitt told Us at the time, adding one month later that they wanted to keep the sex of the baby a surprise. “You sort of have these pictures in your mind of what [the baby’s going to look like],” she said. “I’m really excited to see what he or she is going to look like!”

In November 2013, Us confirmed that the couple had secretly tied the knot before welcoming daughter Autumn. Hewitt and Hallisay also welcomed sons Atticus and Aidan in June 2015 and September 2021, respectively.

The Party of Five alum previously opened up about balancing work and motherhood, telling Us in August 2018 that she’s finding it harder to be away from her children than she expected. “My kids handled it so much better,” she joked at the time. “They were like, ‘Get out of here, we’re tired of your face and your stories.’ … There was definitely a moment where I was like, ‘This should feel harder on the people that I love and spent all this time with.’ But it’s what you want, right?”

One year later, Hewitt said that she felt it was crucial to show her little ones an example of a working mom. “I think that’s important to show your children that you are something other than just their parent and it’s been really nice for me to have that experience,” the Client List alum told Us in August 2018. “I do feel like I’m on a beautiful show for my daughter. My son doesn’t really understand it as much right now, but my daughter really [does].”

It’s not just Hewitt who is providing a good example of balancing life and work. In 2018, Hallisay joined the cast of 9-1-1 to play Jason Bailey — officially making him the Texas native’s husband both and and off screen.