Reunited and feeling good! Jennifer Lopez and Alex Rodriguez were all smiles in their first Instagram post together since shutting down split rumors earlier this month.

The former MLB player continued: “Jennifer and I are very excited to announce that we’ve joined forces with Goli Nutrition. They’ve revolutionized the health and wellness industry with their innovative, delicious and nutritious gummies!” 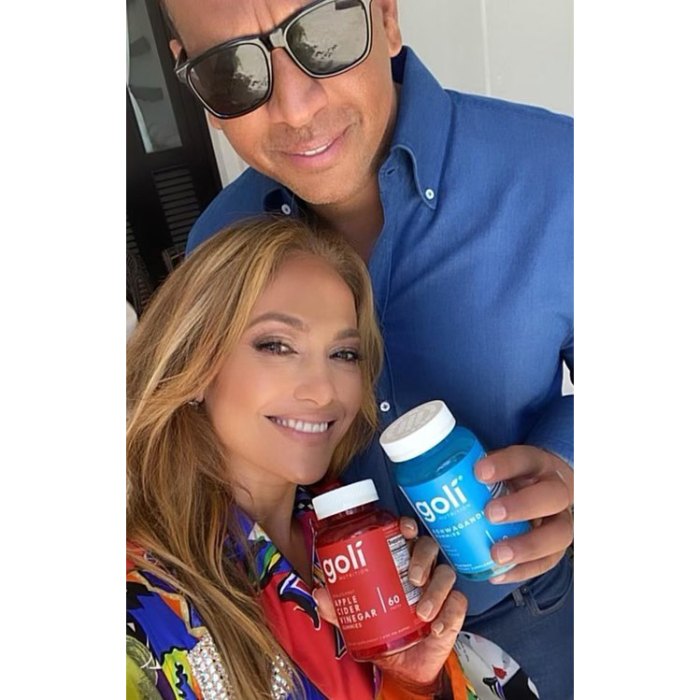 The couple’s sweet snap came less than a month after the pair denied reports that they had split and called off their engagement after two years.

A source exclusively told Us Weekly on March 12 that there had “been issues in their relationship for a while.”

The following day, Us confirmed that the Hustlers star and the former baseball star were staying together despite claims that they had ended things. “All the reports are inaccurate,” the duo said in a joint statement to TMZ on March 13. “We are working through some things.”

The former Yankees player told TMZ the same day that he was “not single” as he headed to the gym in Miami.

The Wedding Planner actress, for her part, addressed the separation speculation via TikTok the following day. She posted a video that featured several headlines about the alleged breakup and then cut to a clip of herself saying, “You’re dumb.”

Rodriguez flew to the Dominican Republic amid the drama to visit Lopez, who is in town filming her upcoming romantic comedy, Shotgun Wedding. “Happy Monday,” he captioned an Instagram Story photo of his beach view on March 15. “New week. New day. Onward. Upward.”

The couple were spotted two days later packing on the PDA while spending time together in the Dominican Republic. In photos published by the Daily Mail on March 17, the singer and the retired baseball slugger were seen kissing, chatting and sitting at an outside table while sipping on drinks.

Rodriguez asked Lopez to marry him in March 2019 while on vacation. The pair, who dated for two years before getting engaged, had to postpone their Italian nuptials amid the coronavirus pandemic.

Who is H in Line Of Duty? Fan theories explored – The Sun