It’s over! Jennifer Lopez and Alex Rodriguez have called off their engagement after two years, Us Weekly can confirm.

The breakup comes one month after Lopez, 51, admitted the couple sought professional help last year amid the coronavirus pandemic lockdown.

“We got to work on ourselves. We did therapy,” she told Allure in February 2021. “I think it was really helpful for us in our relationship.”

The pair, who got engaged in March 2019, faced a bump in the road in their relationship a month prior when Southern Charm’s Madison LeCroy was accused of having an affair with the former athlete during the show’s reunion special in January 2021. 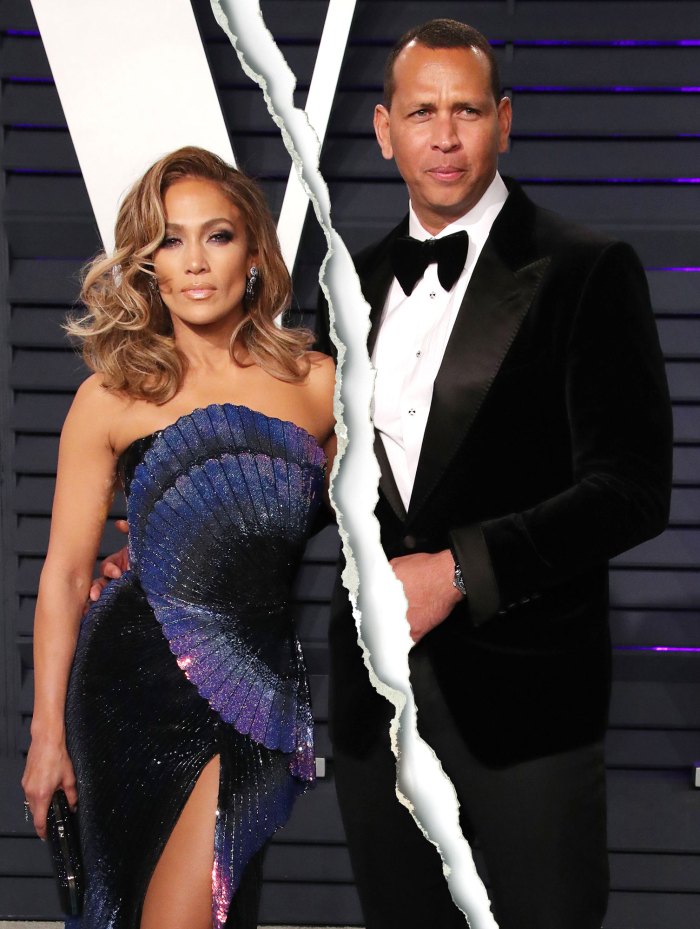 “She’s trash and I hate being on the same stage as her,” Craig Conover said, alleging that LeCroy, 30, “flew to Miami to f–k an ex-MLB player.” LeCroy later confirmed that Conover, 33, was referring to Rodriguez, but told Page Six that she didn’t have any “physical” relationship with the former baseball player.

“He’s never physically cheated on his fiancée with me,” she reiterated.

Lopez and Rodriguez, who postponed their Italian nuptials in 2020 amid the pandemic, never addressed the affair claims, but a source close to the former MLB player told Us, he’s “never met” LeCroy.

Us confirmed that the pop star’s relationship with the New York Yankees alum, 45, in March 2017, and a month later, Lopez opened up on The Ellen DeGeneres Show about connecting with her future husband. “I was having lunch somewhere and I saw him,” she said at the time. “He passed by. Afterward, I went outside, but for some reason, I felt like tapping him on the shoulder and said, ‘Hi.’”

The couple made their red carpet debut at the Met Gala in May 2017 and celebrated Christmas as a blended family later that year. And Lopez raved about Rodriguez in August 2018 as she accepted the MTV Video Music Awards’ Video Vanguard Award honor.

“Alex. You’re like my twin soul,” she told the athlete during her acceptance speech. “We’re like mirror images of each other. You know, my life is sweeter and better with you in it because you make me realize that every day, the sky is not the limit. The universe is infinite, and so is what we can accomplish together with love and trust and understanding. There is so much more to do, to experience, and there is no one I’d rather do it with, baby. You’re my macho, and I love you.”

Rodriguez popped the question in March 2019 as the couple enjoyed a tropical vacation. He announced the news on Instagram, sharing a photo of Lopez wearing a massive square-cut diamond ring. “She said yes,” he captioned the pic.

Rodriguez, meanwhile, was married to Cynthia Scurtis from 2002 to 2008. They share two daughters, Natasha and Ella.

‘I’d rather have a man with a brain than a six-pack’, says Georgia Toffolo as she discusses her steamy new book