J-Rod is still going strong, but Jennifer Lopez admitted that the couple sought help last year amid the coronavirus lockdown.

“I miss being creative and running on 150. But Alex [Rodriguez], of all people, was like, ‘I love it. I love being at home. I love doing my Zooms. I love knowing the kids are there, and you’re there all the time,’” the 51-year-old musician told Allure magazine on Tuesday, February 9. “It has been actually really good. We got to work on ourselves. We did therapy. I think it was really helpful for us in our relationship.”

Lopez and Rodriguez, 45, got engaged in March 2019. While the twosome were set to wed in Italy in June 2020, they were forced to postpone their nuptials due to the COVID-19 crisis. 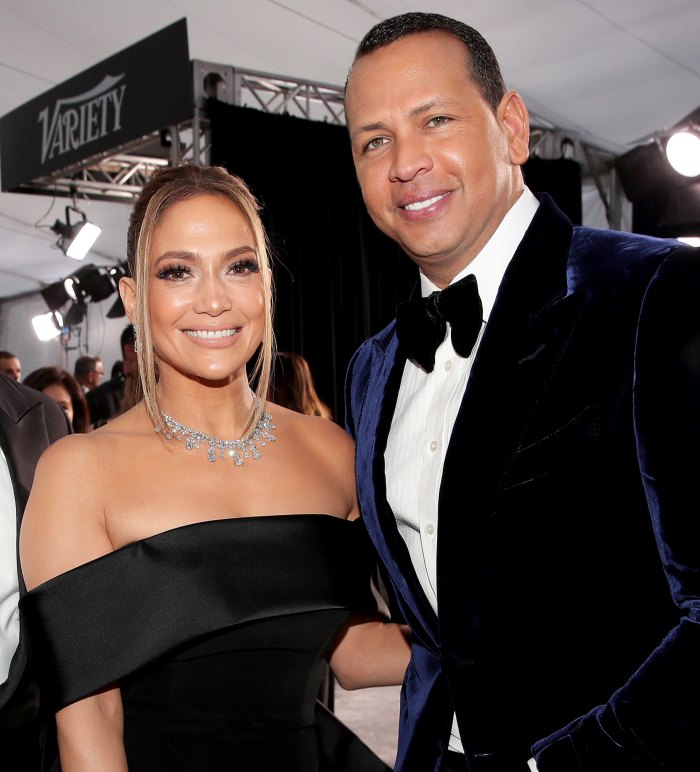 “It was a big deal,” the actress said of hitting pause on their plans to wed. “We had been planning for months and months and months, and it was overseas. Maybe that wasn’t the right time. You start thinking of all of these things — how everything has its kind of perfect, divine moment.”

Lopez added that the shutdown allowed both her and the former New York Yankees shortstop to spend more time with their kids. While the Hustlers star shares 12-year-old twins Max and Emme with ex-husband Marc Anthony, Rodriguez shares daughters Natasha, 16, and Ella, 12, with ex-wife Cynthia Scurtis.

“I started trying to do things together. We would play baseball outside or paint together,” she told Allure. “We never get to do stuff like that. I was trying to take advantage of the time.”

While Lopez and Rodriguez are in a good place, their relationship was brought into question at the Southern Charm reunion last month when Bravo star Madison LeCroy was accused of having an affair with the athlete.

“She’s trash and I hate being on the same stage as her,” Craig Conover said, alleging that LeCroy, 30, “flew to Miami to f–k an ex-MLB player.”

The cast didn’t name names, but LeCroy later confirmed that Conover, 33, was referring to Rodriguez.

“He contacted me. And yes, we DMed,” she said on the reunion. “But other than that, there was nothing. I’ve never physically seen him, touched him. I am not a f—king liar and I will stand up for that.”

The hairstylist later reiterated to Page Six that she didn’t have a “physical” relationship with the baseball star.

“[We] never had any kind of anything. Just an acquaintance,” she said earlier this month, referring to their phone calls as “innocent” and not consistent. “He’s never physically cheated on his fiancée with me.”

Hail Is Becoming More Frequent in the Continental U.S.