After experiencing grueling back and neck pain, Jenelle Evans revealed that she has a “fluid-filled cyst” in her spinal cord, leading her to believe that she could have a rare nervous disorder.

The Teen Mom 2 alum, 29, opened up about her medical journey during a YouTube video on Monday, March 22, telling fans that she “finally [has] answers” about her mysterious health issues. The trouble began in 2018, prompting Evans to visit a neurologist in New York City to run tests, which “came up abnormal, but not too abnormal to be concerning” at the time.

“The doctors really couldn’t figure out my weird symptom,” the MTV personality explained. “Fast-forward to September 2020, I ended up [having] this really bad neck problem. My neck kept cracking over and over again. It really sucked because it happened for months and months and months.” 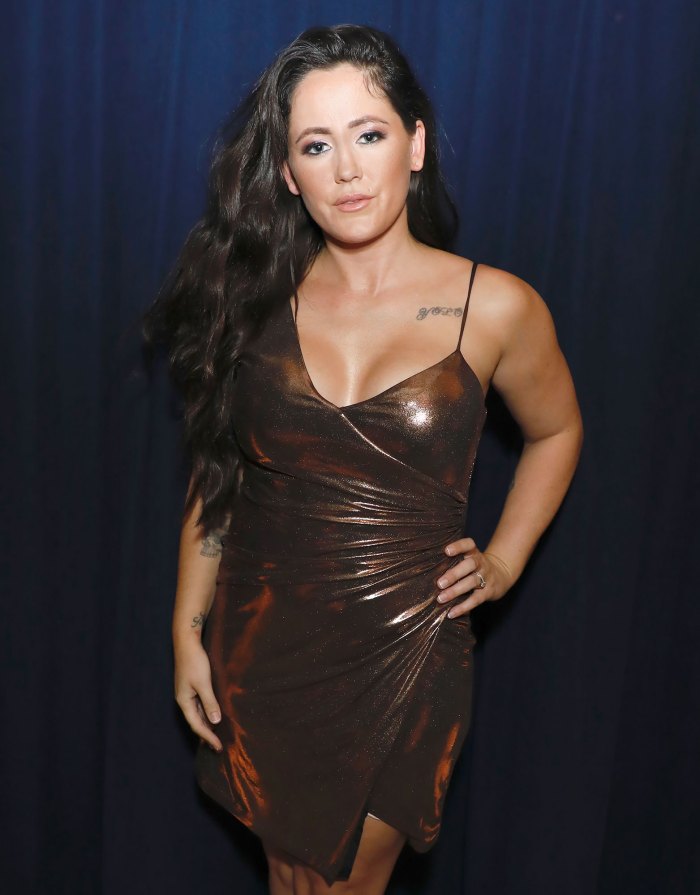 Evans found the “popping” in her neck to be “really concerning” since she noticed it happening around “10 times a day” and would get headaches. Her primary care doctor encouraged her to keep an eye on the issue and have an MRI done on her neck — but the scan still didn’t show any conclusive results.

“I ended up going to [another neurologist], and she’s been doing tests on me for the past four or five months,” the North Carolina native said, detailing the procedure that tested the response of her nerves and muscles.

The findings led Evans’ specialist to believe that there was a problem within her spine. The next step was to get a CT myelogram diagnostic test, which uses dye to detect issues in the spinal canal. Though Evans was told the procedure would “be painless,” she experienced “shooting, excruciating pain” in her shoulder blades and “ended up having to get emergency medicine.”

After the imaging was done, the former 16 and Pregnant star was bedridden for two weeks — and still didn’t have answers about what was causing her pain. Her doctor suggested getting another MRI on a different area on her back, and when Evans got the results, she thought they were “pretty concerning.”

Evans admitted that she hadn’t followed up with her doctor yet about the MRI results, but after searching her symptoms, she found a condition called syringomyelia, which has a range of different causes. She ruled out most of them — including meningitis and spinal cord injury — leaving her with one more option.

“This is the one that I think relates to [my] condition a lot, unfortunately,” she said. “It’s chiari malformation – a condition in which the brain tissues protrude into your spinal canal. I’m having a lot of neck pain and I’m having the neck cracking all the way right here where the base of my skull is and a little bit above my collarbone. I don’t know what’s wrong with my neck, but whatever’s wrong with my neck obviously caused me to get a cyst and that’s not good. None of this is good.”

Though it’s scary to think about what her health scare might mean, Evans doesn’t want to “jump into conclusions” without consulting her doctor. “Hopefully we can figure this out,” she added. “I have projects I’m working on that I can’t be lying in bed. So it’s like, fix the problem or just let the problem get worse. It really sucks.”

7 Privacy Trends for Companies to Look Out for in 2021

UK lockdown: New Covid laws to come in on Monday