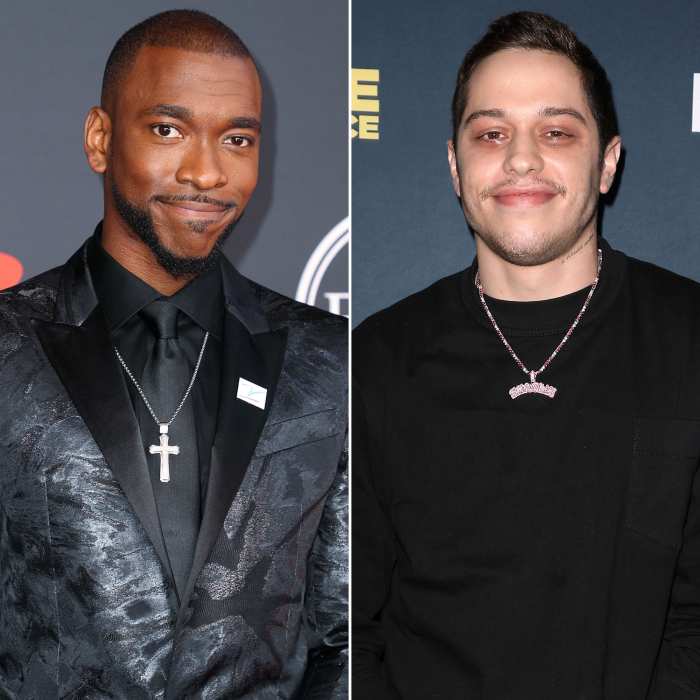 Straight from the source? Jay Pharoah weighed in on the debate surrounding Pete Davidson‘s “BDE” — and claimed his former costar has said the rumors are true.

The Virginia native, 35, poked fun at his fellow Saturday Night Live alum, 28, during an appearance on SiriusXM’s The Jess Cagle Show earlier this week. “There’s something in the sauce,” Pharoah teased. “He got something, OK. He got something inside. I talk to him, I’m like, ‘Pete, man, what is it? … What do you do?’ He told me what it was. It’s his endowment. That’s what he told me it is.”

The stand-up comedian joked that Davidson “confirmed” the speculation. “He was like, ‘Yeah bro, it’s nine inches.’ I was like, ‘What? Word. Oh snap, we’re twins. That’s crazy.’”

Despite his tendency to playfully roast his former colleague, Pharoah asserted, “Pete Davidson, that’s my guy. I love him.”

Rumors about the Meet Cute star’s “big dick energy” began back in 2018 while he was engaged to Ariana Grande. The duo called it quits that October — less than five months after Davidson proposed — but he didn’t mind his unlikely sex symbol status before they split.

“I don’t hate it,” he told Variety in August 2018, two months after Grande, 29, tweeted a quip about his size. “I’m just really, really happy, and if that means I have big dick energy, then sick. My favorite thing was my mom was like, ‘Peter, they’re saying you had a big penis just like your father.’ What the f–k!” 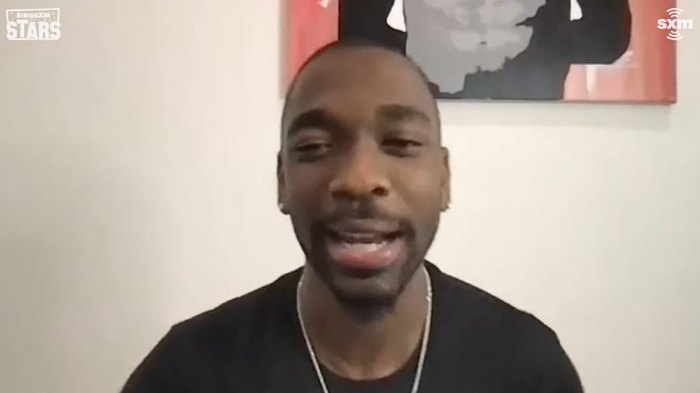 Since splitting from the Nickelodeon alum, who is currently married to Dalton Gomez, Davidson’s love life has been a hot topic. He’s been linked to Kate Beckinsale, Kaia Gerber and Margaret Qualley — and more recently raised eyebrows for his whirlwind romance with Kim Kardashian.

The Skims CEO, 42, shed light on how the duo connected after she hosted SNL in October 2021. “When we kissed in a scene, it was just a vibe,” she said during a June episode of Hulu’s The Kardashians. “I was like ‘Oh s–t … maybe I just need to try something different.’ But Pete does not come to my afterparty. Everyone was at my afterparty. He does not give me the time of day.”

The reality star got Davidson’s number from a producer. “I wasn’t even thinking like, ‘Oh, my God, I’m gonna be in a relationship with him,’” she confessed. “I was just thinking, ‘I heard about this ‘BDE.’ I need to get out there.’ … I was just basically DTF.”

Us Weekly confirmed in August that the twosome called it quits after less than one year of dating.

While “BDE” plays into his public image, Pharoah thinks there’s more to the King of Staten Island star than meets the eye. “You could have a big whatever all day. You can handle business all day. But … you gotta be able to listen. You gotta have everything in the relationship. … Pete is just a sweet dude,” the Resort to Love star said on SiriusXM. “He’s sweet. He’s vulnerable. … He got Kate Beckinsale. He got the, the vampire from the Underworld. What the hell? Are you kidding me? What, you got Ariana Grande? You? … Hey, I’m proud of him. … If [Queen Elizabeth II] was still alive, he would’ve slept with her.”

Black Panther 2: Everything you need to know, including credits scene