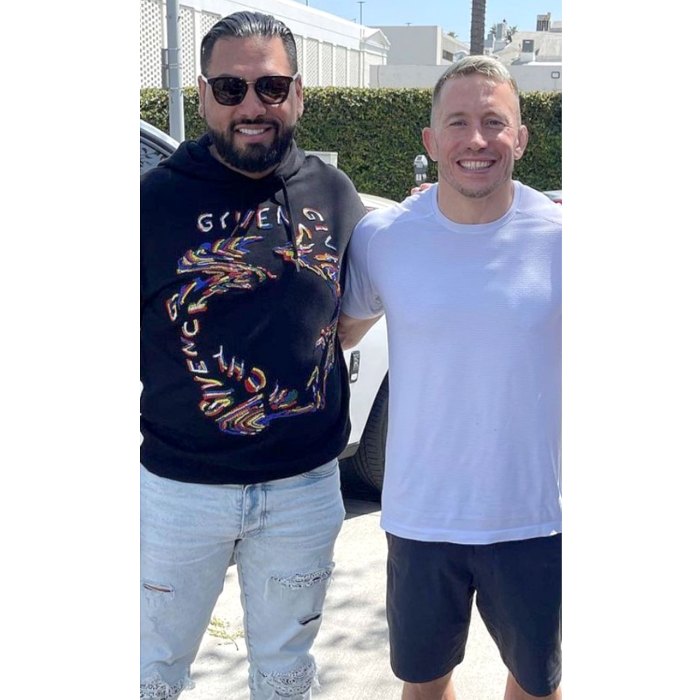 Something in the works? Canadian businessman Jas Mathur and UFC star Georges St-Pierre, both whom are from Montreal, were spotted together earlier this week, leading to speculation that the Canadian expansion for Limitless is on the horizon.

The Limitless Performance founder and CEO posted an Instagram photo with the mixed martial artist, 39, on Tuesday, March 30. “Work Harder Than You Did Yesterday & Never Give Up!!!” he captioned the pic, adding muscle and sunglasses emojis. “#Summer2021 #Limitless.”

They were also seen at popular Italian restaurant Il Pastaio in Beverly Hills on Wednesday, March 31.

Mathur and St-Pierre’s hangouts caused some to assume they are teaming up for a business venture. After all, the entrepreneur’s brand Limitless has partnered with high-end talent like the Canada native in the past and they are both health and fitness enthusiasts.

While St-Pierre is currently starring in Disney+’s The Falcon and the Winter Soldier, his next venture might involve expanding the outreach of his brand. The professional fighter first appeared as mercenary Georges Batroc in 2014’s Captain America: The Winter Soldier. He reprised the role in the series premiere of the spinoff series, which premiered in March. 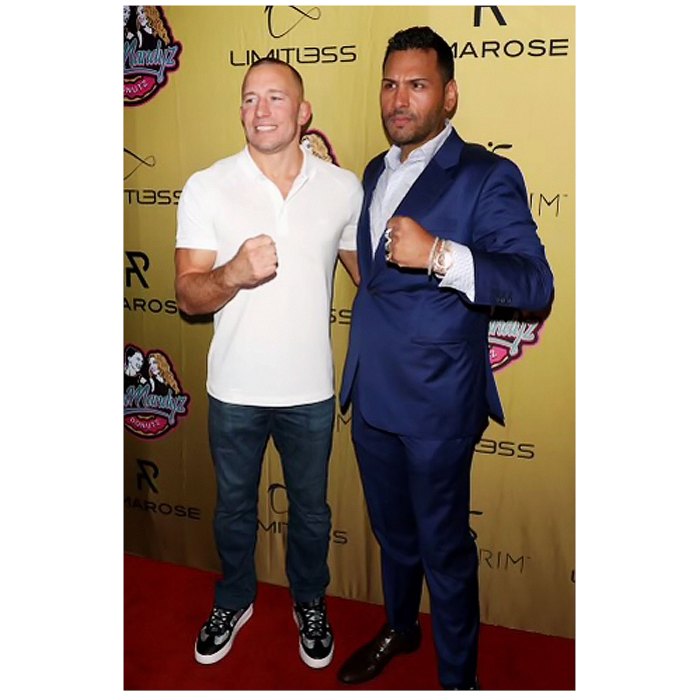 St-Pierre declined to confirm whether he would appear in any of the show’s future installments. “I can’t say anything about the next episodes,” he told TV Insider in March. “It’s amazing, though — I’ve always been a big fan of Marvel superheroes. For me, it’s a dream come true. It’s like someone who plays basketball having a chance to play in the NBA.”

Mathur, for his part, launched a new CBD product line called SMILZ with Floyd Mayweather in March. The duo worked alongside a team of scientists and farmers to make sure the products included proprietary blends of fast-acting hemp CBD and high-quality botanical terpenes. “At any time, you can check the lab results from third-party tests on the website,” Mathur said. “We want our customers to feel comfortable, safe and satisfied the whole way — from the moment they confirm their purchase to the last drop they take from their bottle.”

Mathur reflected on his business via Instagram in March, writing: “10+ years of chasing a dream, countless sleepless nights, blocking out all the negativity, extreme laser-focus, believing in MYSELF and being PATIENT is what it took to create this beast of a brand house called #LIMITLESS.”