Apology accepted? Janet Jackson is seemingly aware of the statement of remorse Justin Timberlake issued to her and Britney Spears, though she is keeping her feelings about it to herself for now.

After the “SexyBack” crooner, 40, released his apology via Instagram on Friday, February 12, Tinashe showed support for Jackson, 54, and Spears, 39, on Twitter. “Anyone who knows me knows Britney Spears and Janet Jackson are literally my two biggest idols in the whole universe and I just hope they know how much they mean to me/us,” the 28-year-old songstress wrote. 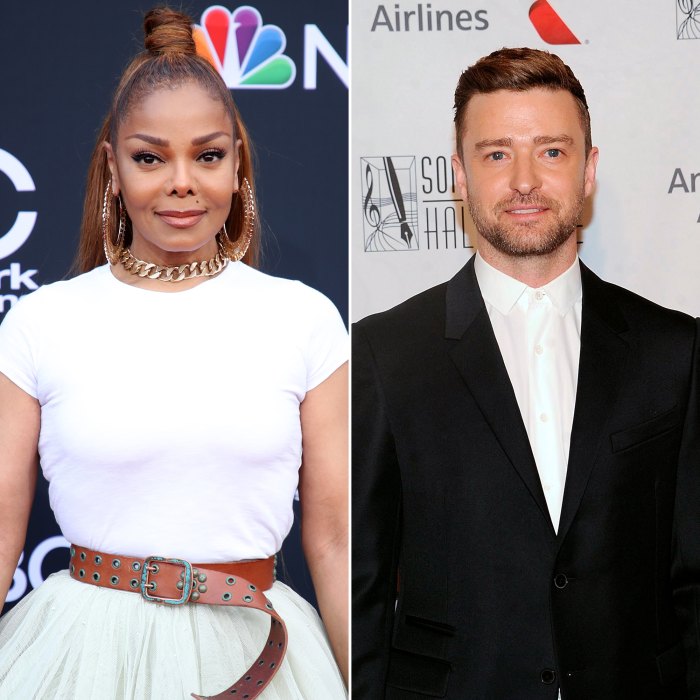 “What are your fav Janet songs @Tinashe? I’m trying to get into her music,” a fan commented, to which Tinashe replied, “The velvet rope album is my favorite album of all time.”

Jackson then chimed in, responding with a black heart emoji and a hug emoji.

Timberlake came under fire earlier this month for his treatment of Spears after the release of the documentary Framing Britney Spears, which showed the aftermath of their 2002 split. Fans also criticized him for exposing Jackson during their 2004 Super Bowl halftime performance.

“I’ve seen the messages, tags, comments, and concerns and I want to respond,” the Palmer star explained via Instagram on Friday. “I am deeply sorry for the times in my life where my actions contributed to the problem, where I spoke out of turn, or did not speak up for what was right. I understand that I fell short in these moments and in many others and benefited from a system that condones misogyny and racism.”

Timberlake went on to mention his regrets over his actions toward Jackson and Spears. “I specifically want to apologize to Britney Spears and Janet Jackson both individually, because I care for and respect these women and I know I failed,” he continued. “I also feel compelled to respond, in part, because everyone involved deserves better and most importantly, because this is a larger conversation that I wholeheartedly want to be part of and grow from.”

The former boy bander vowed to “do better,” adding: “I do not want to ever benefit from others being pulled down again.”

Timberlake’s wife, Jessica Biel, stood behind his post, commenting, “I love you.” The couple wed in October 2012 and share sons Silas, 5, and Phineas, whom they welcomed in 2020.

As for Spears, she has yet to respond to the apology, but a source exclusively told Us Weekly earlier this month that she “does not hold a grudge against Justin over anything he’s said or done.”