More to say. Jana Kramer will return to her “Whine Down” podcast after one week off amid her divorce from Mike Caussin.

“I do want to say that Jana’s going to be back next week and everyone can take a deep breath right there,” Brooke Burke, who filled in as host during the show’s Monday, April 26, episode said. “As a woman, I want to say that I’ve been through two very public divorces. It is hard, and I’m just here filling in.” 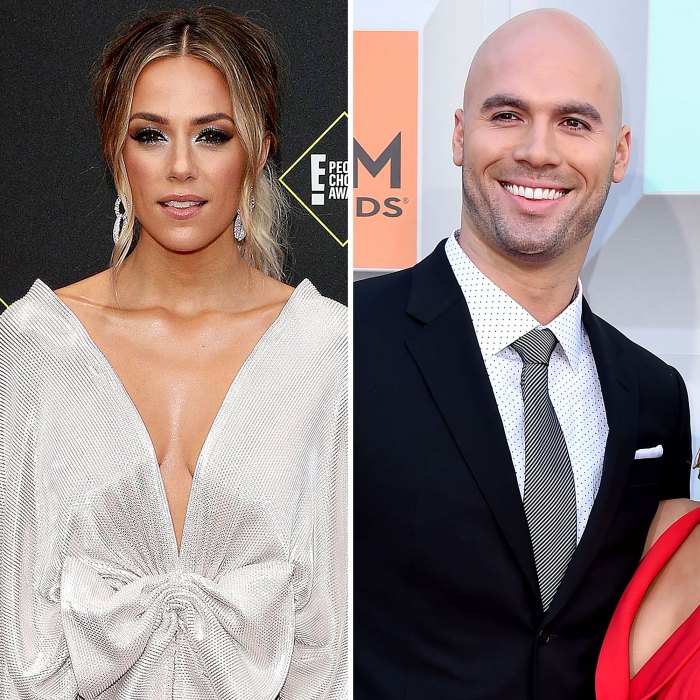 The “I Got the Boy” singer, 37, hosts the podcast with her now-estranged husband, 34. Us Weekly confirmed on April 21 that the country star had filed for divorce from the football player after nearly six years of marriage.

“I’ve fought y’all. I’ve loved hard. I’ve forgiven. I’ve put the work in. I’ve given everything I have, and now I have nothing else to give,” Kramer wrote via Instagram to announce the separation.

The pair’s podcast is described as a show about “decompressing with a good friend.” A source told Us on Saturday, April 24, that logistics are still being worked out regarding who will keep their podcast in the divorce.

“It’s a lot to process and figure out,” the insider said. The last episode with the couple dropped on April 18.

While there’s no telling whether or not Caussin will return as a cohost, the One Tree Hill alum has been open about the pair’s relationship issues and will likely speak up about her divorce eventually after returning to the show.

Last year, she recorded an episode without the Virginia native where she talked about trust issues.

“How do you rebuild trust? I think it’s just time. Time and a lot of therapy, and a lot of proven, consistent, rigorous honesty,” she said during a January 2020 episode.

The couple previously split in 2016 after Us broke the news that Caussin — a self-proclaimed sex addict — was unfaithful to his wife. The two renewed their vows in 2017 after the James Madison University alum entered treatment for his addiction. In March 2019, they revealed on the podcast that he had a “massive” relapse one year prior.

In divorce documents obtained by Us, Kramer alleged that the former tight end had once again cheated, with her reasoning for divorce listed as “inappropriate marital conduct, irreconcilable differences and adultery.” The documents also noted that the Michigan native is seeking joint custody of the pair’s daughter Jolie, 5, and son Jace, 2.

“I was stunned when I heard the news [of the divorce] … It’s been years of a podcast with these two arguing, bickering, struggling through their relationship, but I really thought they had turned a corner,” podcast producer Mark Mohelnitzky said during Monday’s episode. “I really thought that Michael had reached a point in his therapy that he was past what he is being said to have done.”

A second source told Us on April 22 that Kramer had believed “everything was fine” in her marriage but decided to pursue a divorce after uncovering recent infidelity.

“Jana’s final straw came when she uncovered once again that [Mike] had cheated on her,” the insider added.

Caussin has yet to publicly comment on the divorce or cheating claims. Us reached out to his lawyers for comment.