Additional details of Jana Kramer and Mike Caussin’s divorce continue to come to light. Two days after the pair called it quits, a temporary restraining order was issued by Tennessee court, Us Weekly can confirm.

According to the documents obtained by Us, the 37-year-old “Good Enough” songstress and the 34-year-old former football player must follow a series of conditions set by the Tennessee court for the foreseeable future. Per the order, neither party can harass, threaten, assault or abuse their spouse, talk about their spouse in a “disparaging” way to or in front of their children and/or employers or move their children out of Tennessee or “more than 50 miles away from the marital home” without permission of the court. 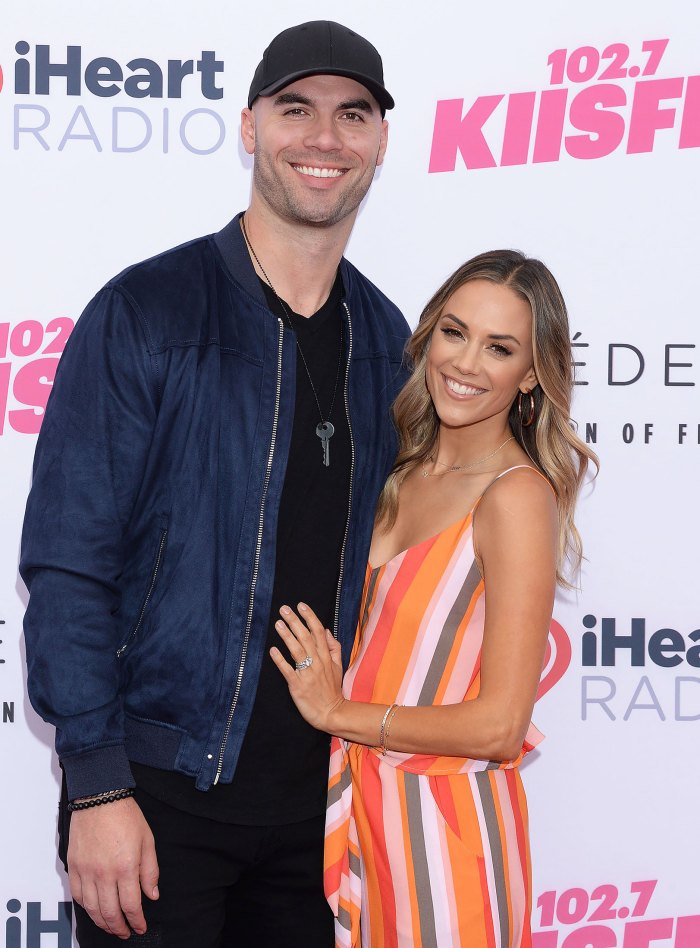 Kramer and Caussin, who cohost their “Whine Down” podcast, were also ordered not to hide or destroy any evidence stored on a computer hard drive or memory storage device or do anything to any marital property that diminishes its value. A statutory temporary restraining order automatically goes into effect in the state of Tennessee when someone files for divorce.

The actress took the legal steps to end her marriage to Caussin on April 20 — one day before her public announcement — after nearly six years of marriage. Kramer, who shares daughter Jolie, 5, and son Jace, 2, with the former athlete, cited “inappropriate marital conduct, irreconcilable differences and adultery” in the paperwork. Caussin, for his part, has yet to publicly comment on the split or cheating claims. (Us Weekly has reached out to his lawyers for comment).

News of their breakup comes more than four years after Caussin sought treatment for sex addiction following a series of affairs. Us exclusively revealed that the twosome were on the rocks in September 2016 when he was in rehab. The pair later reconciled and renewed their vows in December 2017, documenting their trust issues, triumphs and his “relapses” on their podcast and in the 2020 book, The Good Fight.

Both Kramer and Caussin were noticeably missing from “Whine Down” on Monday, April 26, with Brooke Burke filling in and promising the singer’s return the following week.

“I was stunned when I heard the news [of the divorce] … It’s been years of a podcast with these two arguing, bickering, struggling through their relationship, but I really thought they had turned a corner,” their podcast producer Mark Mohelnitzky admitted during Monday’s episode. “I really thought that Michael had reached a point in his therapy that he was past what he is being said to have done.”

A source told Us earlier this month that the “final straw” for Kramer was discovering Caussin lied to her again. According to the divorce docs, Kramer is seeking joint custody of Jolie and Jace, requesting for Caussin to pay alimony and her legal fees and asking the judge to enforce their postnuptial agreement signed after they wed in 2015.

“Their kids are still pretty young and wouldn’t fully understand if they told them they’re separating. They want to make sure their kids are raised as normal as possible despite their parents no longer living together,” one insider told Us, noting that he has already moved out of their house. “She only cares about being there and being present for her kids and doing what is best for them. She’s said repeatedly that they are all that matters.”