Just another hiccup. Jana Kramer reflected on why she doesn’t give up on love after “blow up” fights with her husband, Mike Caussin, even when it feels like they’ve gone too far.

The One Tree Hill alum, 37, shared a vulnerable photo on Tuesday, March 23, while teasing a discussion she had with Caussin, 34, on their “Whine Down” podcast. “Nothing is perfect. This was a few weeks ago in Canada. I took this picture to almost remind myself that even though in the moment it seems like everything is doomed it’s not,” she captioned the snap, which showed her covering her face with her hand with tears streaming down her face. 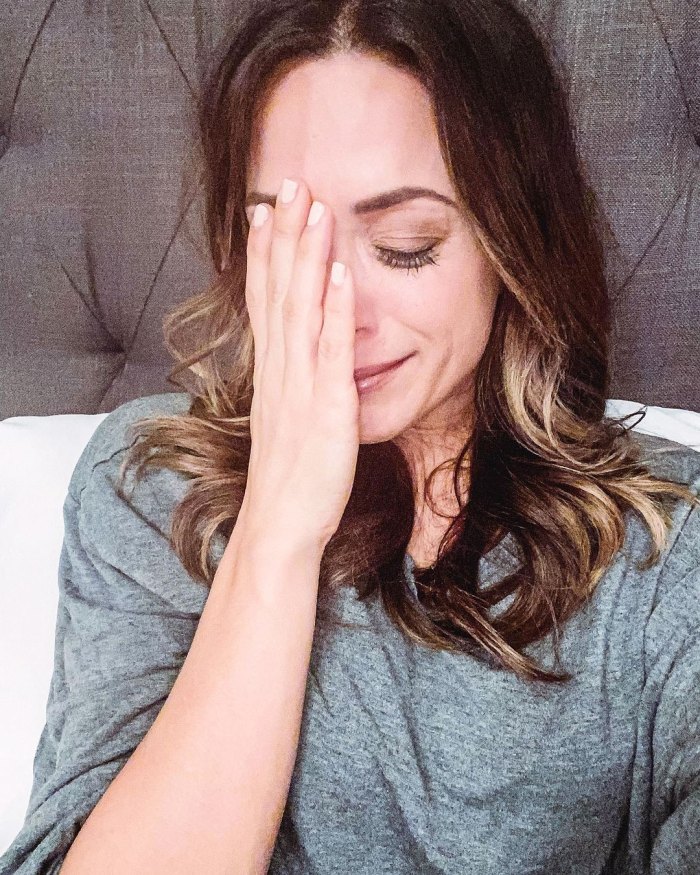 Kramer continued: “We talked about our blow up on this week’s podcast and I think it’s an important one for everyone to hear. No relationship is perfect and when blow ups or fights happen sometimes we believe it’s done and over but really it’s a moment for growth and more understanding and to lean into your partner. Now, when you’re in the middle of the fire, it’s hard to lean in and see that but just know it’s not the end of the world. And we all have these moments so [you’re] not alone.”

During Tuesday’s podcast episode, the pair laughed as they considered the best way to talk about their recent rough patch. When Kramer brought up their “blow up fights” they had before returning home to Nashville, the retired NFL player said those moments are “over and done with.”

The couple — who tied the knot in May 2015 and share two kids — have spoken candidly about their relationship struggles since Caussin’s cheating scandal and their brief 2016 separation. On Tuesday, Kramer revealed that she and the Virginia native slept separately during their time in Canada.

“Truthfully, first and foremost, I worked later than normal [on a new movie] and … I would want to sleep in,” she explained, as Caussin joked that the sleeping arrangement was made “out of the kindness” of his heart. “But then the other times, we were fighting.” 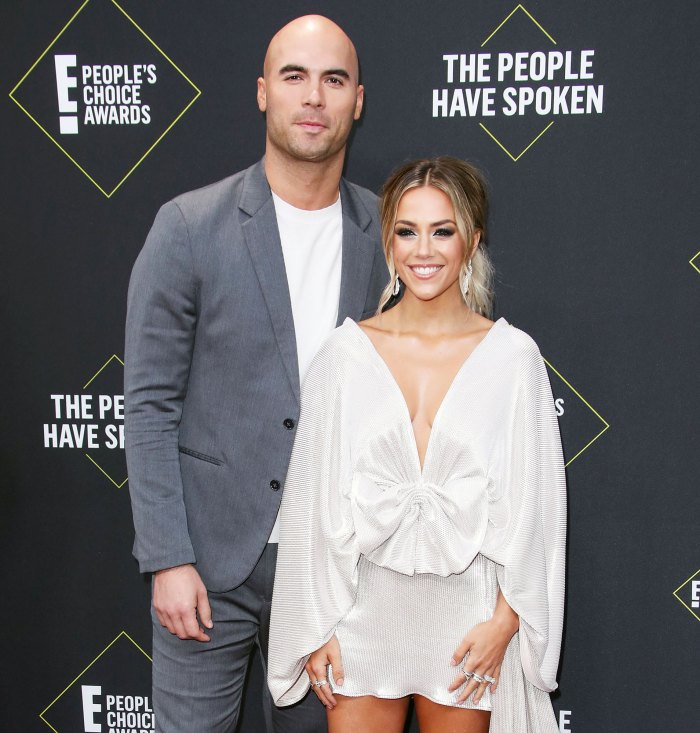 With her busy filming schedule, the Dancing With the Stars alum left her husband in charge of watching daughter Jolie, 5, and son Jace, 2. “There’s some of that light resentment,” Caussin reflected. “You’re freaking exhausted, you’re working all day. You maybe needed more things from me and then I’m with the kids. … I felt like [there was] lack of respect for what I was doing.”

Though he tried to be “supportive” of his wife’s new project, Caussin admitted it wasn’t “fun” to be hanging around set and not have time to connect with the “Why Ya Wanna” singer. However, Kramer noted that she frequently thanked the former pro athlete for “holding it down” with their kids.

“When we fight, we both want to be heard. So we’re just saying it louder,” Kramer continued. “We escalate. … It’s like, ‘No, but hear me, hear me.’ And then it just keeps going.”

The duo both acknowledged that their tendency to revert to “aggressive” or “mean” words isn’t healthy — but they’re trying to understand each other better each day.

“Fights happen,” Kramer wrote via Instagram on Tuesday. “No relationship is perfect.. Now the Important thing is in the end are you fighting the good fight together?”

We’ve got zero chance of eradicating Covid for good, warn Whitty and Vallance

How to find 4K and HDR TV on Netflix, Amazon Prime Video and YouTube