Let’s get loud! Jennifer Lopez performed at the inauguration for President Joe Biden and Vice President Kamala Harris — and she nailed it.

The JLo Beauty founder, 51, was tapped to perform alongside the likes of Lady Gaga and Garth Brooks. As she took the inauguration stage in Washington, D.C., on Wednesday, January 20, she began by singing “This Land Is Your Land” by Woody Guthrie followed by “America the Beautiful.” She briefly threw in lyrics from her 1999 hit, “Let’s Get Loud,” and sang “One nation, with liberty and justice for all” in Spanish.

Lopez received the support of her fiancé, Alex Rodriguez, who posted a selfie two hours from the region before she performed. The 45-year-old retired athlete was spotted fist-bumping former President Barack Obama before she hit the stage. 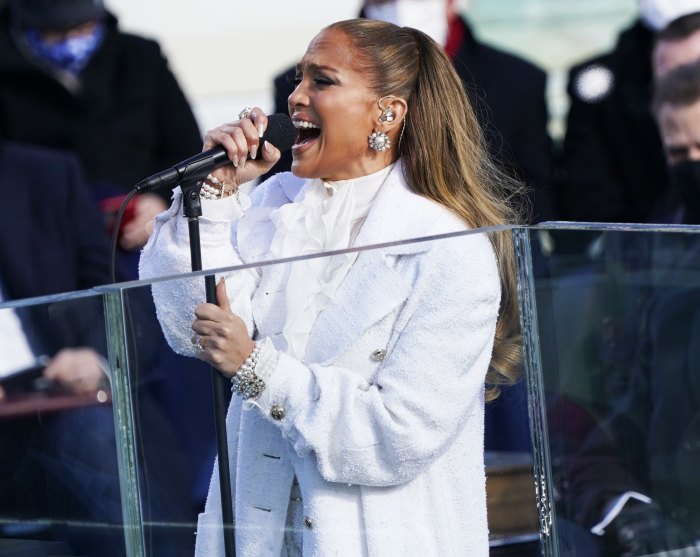 Jennifer Lopez performs prior to United States President Joe Biden taking the Oath of Office as the 46th President of the US at the US Capitol in Washington, DC. Shutterstock

Leading up to the high-profile performance, Lopez documented her arrival to the Nation’s Capital via Instagram. She posted a pic of her Alberta Ferretti outfit and shared a video of a selfie she took with servicemen and women.

“What an honor to spend a few moments with these brave men and women,” the Hustlers actress captioned her post. “Thank you for your service and sacrifice. I honor you today and everyday. ?? Tomorrow I sing for you and all Americans. ❤️?? #inauguration2021.”

Lopez and Rodriguez both endorsed Biden, 78, during the election. In October 2020, the engaged pair shared their support for the Delaware native while encouraging Latinos to vote. 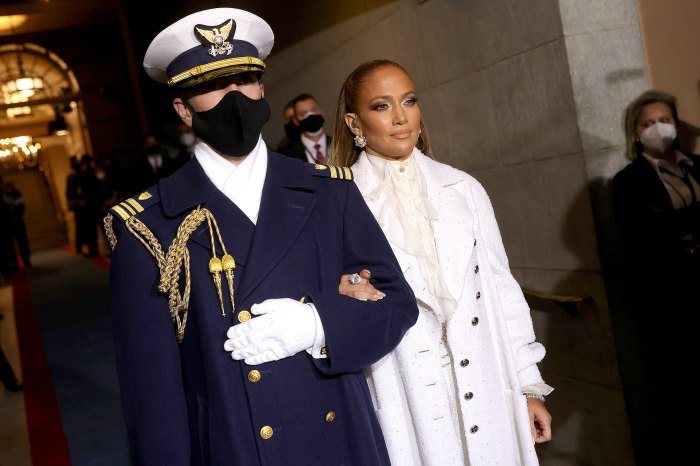 Jennifer Lopez is escorted during the inauguration of Joe Biden as US President in Washington, DC. Win McNamee/POOL/EPA-EFE/Shutterstock

“We’re thrilled and we’re excited to vote. I think our voice has never been more important,” the New York Yankees player said in a clip featured on Biden’s YouTube page. “We want to come together as a team to defeat Covid and to rebuild this US economy that needs us all so much.”

The “On the Floor” singer added, “For me, it’s unifying the nation again. Getting rid of this hate, thinking about my kids walking around in a world where, you know it’s OK to be racist or prejudiced because our administration says it’s OK. That to me is really sad because it’s not the country I grew up in.” 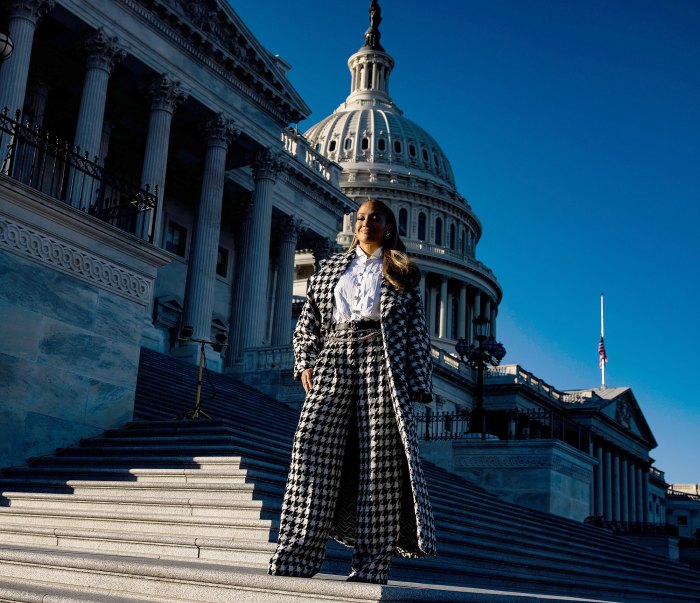 Lopez’s inauguration performance comes nearly one year after she coheadlined the Super Bowl LIV Halftime Show with Shakira in February 2020. Rodriguez recently revealed that the singer had more jitters singing at the inauguration than at the Super Bowl.

“What’s interesting is she’s most nervous about Washington D.C. because of the responsibility,” he said during The Tonight Show Starring Jimmy Fallon on Monday, January 18. “She wants more than anything, like all of us, to bring people together, to inspire. Music and sports do that better than anything.”

Last February, the Second Act actress revealed what went into making her Super Bowl performance possible. “We worked so hard,” she told Jimmy Fallon at the time. “We started working on my set in November, and it was just every single day. It’s a short amount of time, you know what I mean? But so much goes into that moment. It’s hundreds of people. They put that stage together, and then you get on it, and then you rock — it’s such a big deal. I’m just glad everybody liked it! That’s why I got emotional!”