Familiar features! Fans are convinced that Amelia Gray Hamlin has been hanging out at Scott Disick‘s home after she shared a racy mirror selfie on social media.

The 19-year-old model posed in a Skims top and Calvin Klein underwear on Wednesday, January 27, teasing “top of the mornin” in an Instagram Story. Eagle-eyed Keeping Up With the Kardashians fans noticed some similarities between the background of her pic and details of the 37-year-old reality star’s Hidden Hills home, which was featured in Architectural Digest in September 2019. 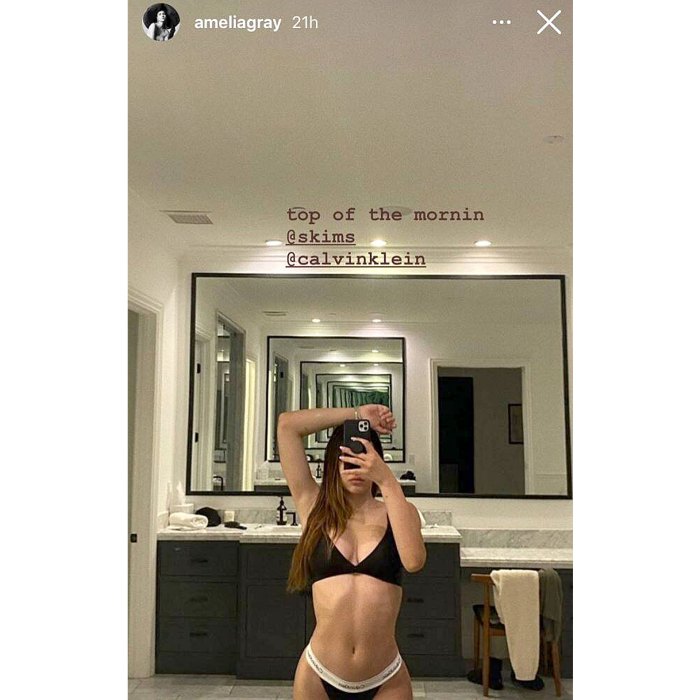 Hours later, Hamlin uploaded another Instagram Story of herself playing with the soapy suds of her bubble bath.

The daughter of Lisa Rinna and Harry Hamlin was first linked to Disick in October 2020 when they were spotted together at Kendall Jenner‘s controversial 25th birthday bash. The duo haven’t addressed the dating rumors directly but have further fueled speculation with their flirty back-and-forth on social media. More recently, they took a romantic vacation to Mexico to ring in the new year.

Disick’s relationship with the model has raised eyebrows given their wide age gap, but the Kardashian-Jenner family has his back. A source told Us Weekly exclusively earlier this month that Kourtney Kardashian‘s family members are “super supportive” of the New York native’s budding romance.

“They really like the two of them together and think Amelia is a great influence on Scott,” the insider added. “Scott and Amelia are in a really good place. They have a lot of love and respect for each other and it shows.” 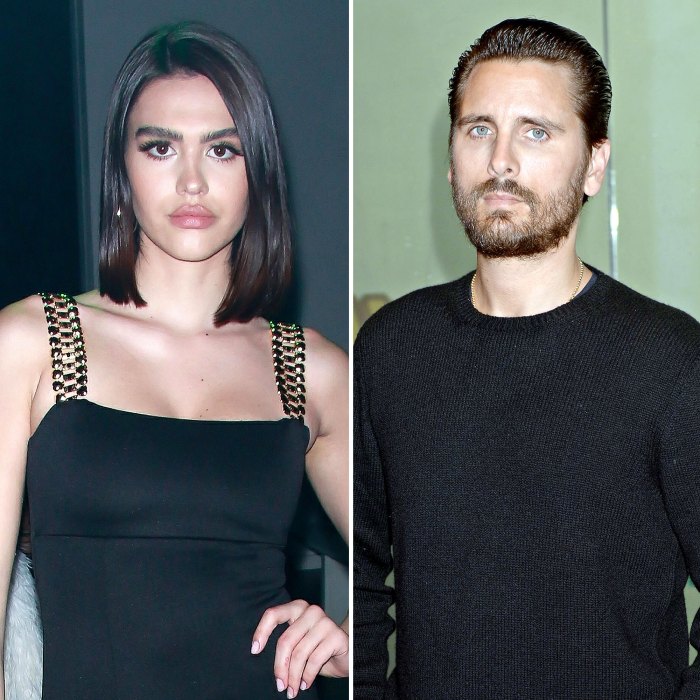 The Flip It Like Disick star shares children Mason, 11, Penelope, 8, and Reign, 6, with Kardashian, 41, who he dated on and off from 2006 to 2015. Disick later moved on with Sofia Richie. The former couple split in May 2020 after three years together and briefly reconciled before calling it quits for good in August.

While fans continue to speculate about Amelia’s relationship status, her past comments about experiencing love at first sight have resurfaced. The California native appeared on the “Skinny Confidential: Him and Her” podcast last year when she was still dating then-boyfriend Mercer Wiederhorn.

“We were literally just watching a movie, and then, like, I don’t know if you’ve ever had this feeling, but when he walked in, I don’t think I like, registered what he looked like. I was just like, him, like, that’s The One,” she said at the time. “I didn’t even have a conversation with him or anything, it was almost like his energy. His aura was just like affecting me. And I’m not really one to say, I don’t even think I’ve ever said that in my whole entire life, but it really happened.”