IT might be all tutus and tiaras for for the Emma Watkins, the iconic Yellow Wiggle, and her newly announced fiancé, but it hasn’t always been the case.

In fact, the popular entertainer and her singing and dancing pals who make up The Wiggles, an iconic Australian children’s group, have a long and tangled history when it comes to romances – yet the group remain remarkably harmonious. 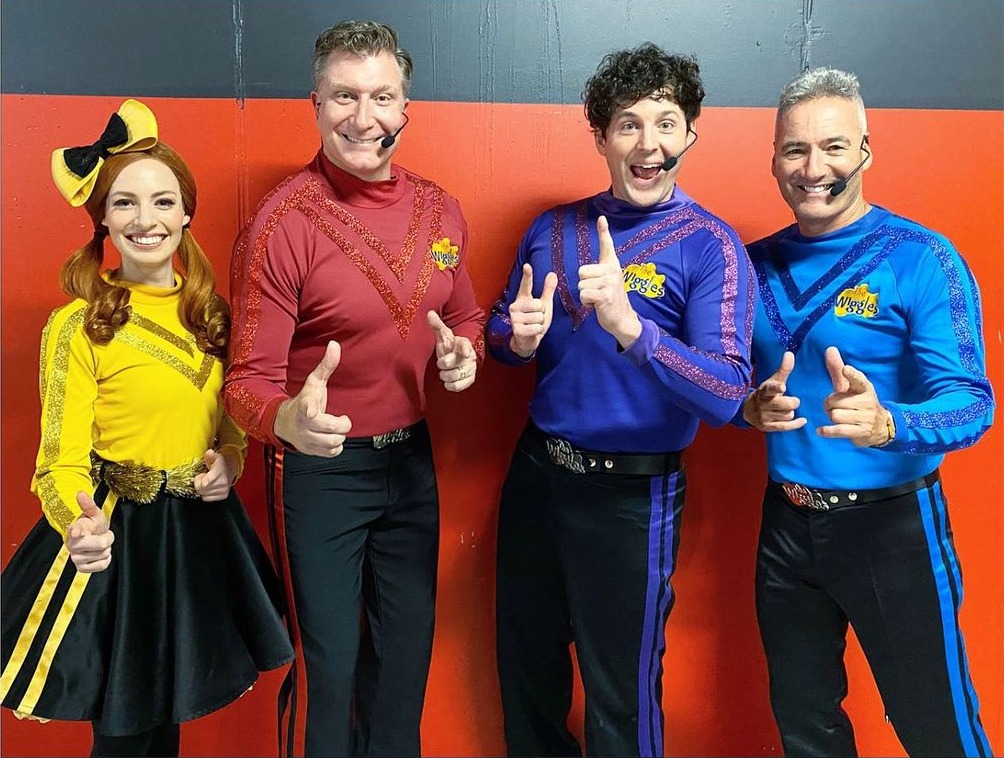 The Wiggles are a popular Australian children’s group with their show available on NetflixCredit: emma_wiggle/Instagram

Yellow Wiggle Emma Watkins, who has been a core member of the group since 2012, this week announced her engagement to Wiggles bandmate Oliver Brian.

The engagement comes three years after her split from Purple Wiggle and ex-husband Lachlan Gillespie – who still works closely with Emma and Oliver.

Emma, 31, confirmed the news on Instagram on Monday night, showing off her engagement ring and revealing that Oliver, who plays banjo in The Wiggles’ band, had popped the question.

“When life gets more sparkly,” she wrote on Instagram, while also sharing a snap of her showing off her new diamond ring – and new fiancé. 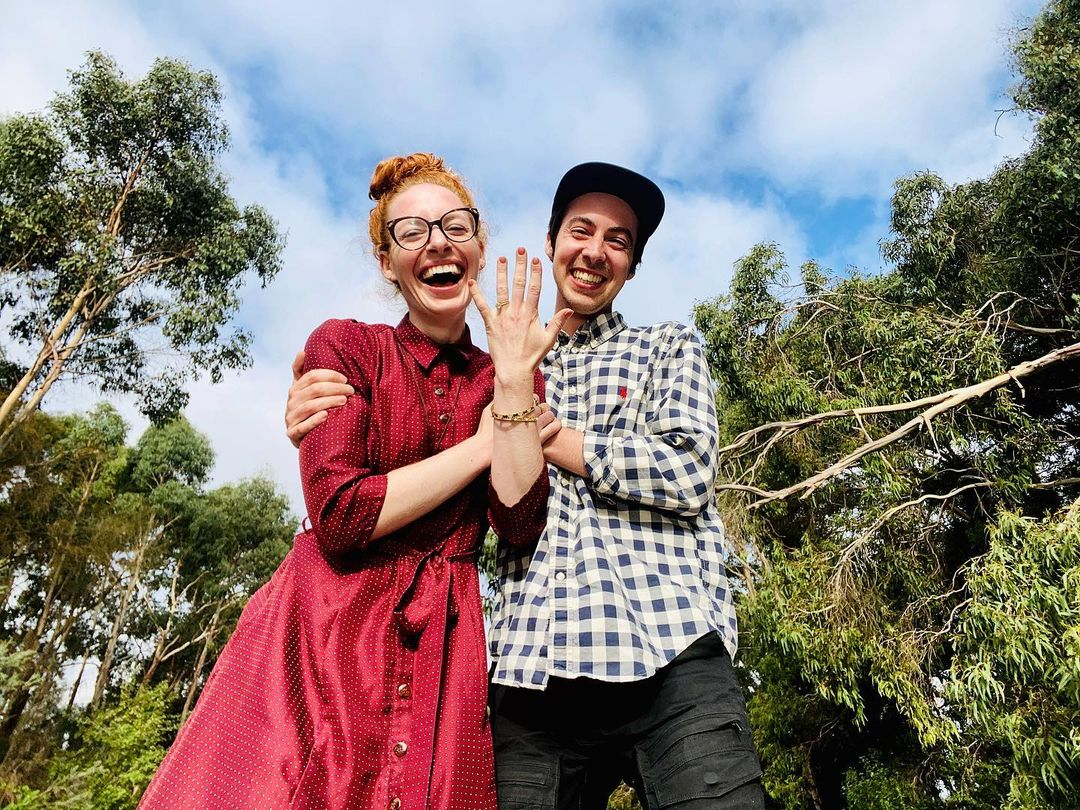 Emma first confirmed her romance with her bandmate in December 2019, telling Stellar magazine: “Yes, I’m in love and I feel very excited to tell you.”

At the time Emma kept the identity of her new man a secret but revealed that she and her new beau had worked together for four years before he asked her to dinner, describing him as her “opposite”.

“He’s a very calm and thoughtful person and I’ve always been interested in his mind and his take on life, and his morals,” she said.

The relationship with her group’s banjo player came after a very public break-up for Emma, but thankfully, her and Lachie have remained friends. 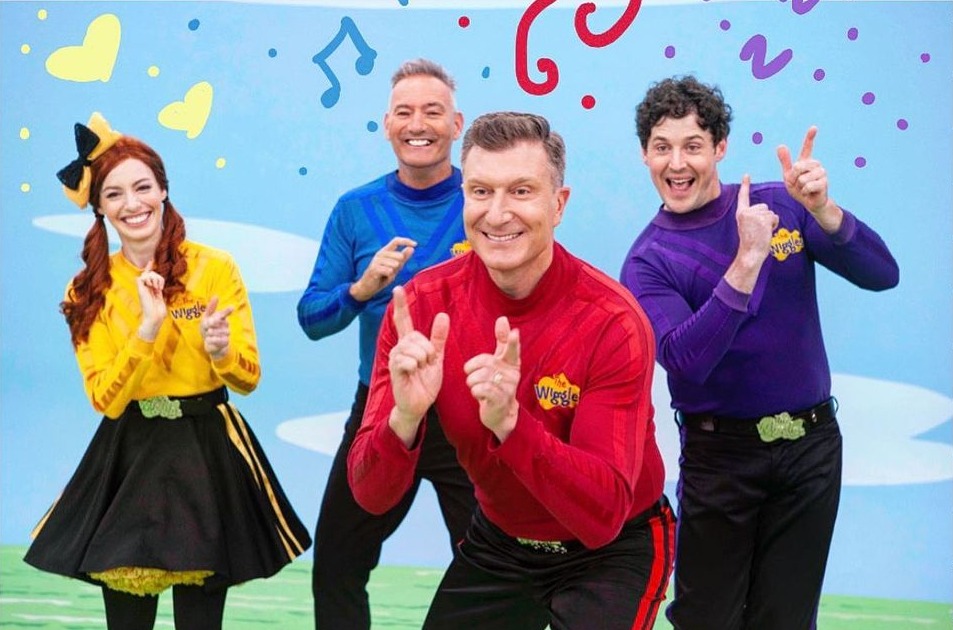 The engagement comes three years after her split from Purple Wiggle and ex-husband Lachlan GillespieCredit: emma_wiggle/Instagram

Having worked with The Wiggles since 2009, Lachlan ‘Lachy’ Gillespie became the new Purple Wiggle in 2012, the same year Emma was promoted to core member.

Soon, these two new youngest members of the group – enlisted to keep The Wiggles fresh and relevant to a new generation of fans – were falling for each other and they wed in Bowral, NSW in 2016.

But just two years later, the pair announced they were splitting up.

“We have, and continue to share, the most beautiful life together, but we wanted to let you know that privately for the last six months we have been navigating through a trial separation, and we have made the decision to separate as a couple,” they said in a 2018 joint statement.

“Throughout that period, we have performed hundreds of shows together and that is always a continued source of joy for us both. We have embraced this as a very positive change in our relationship,” they continued, insisting that while they have “chosen a different path to travel in our personal lives,” their “incredible friendship” would remain. 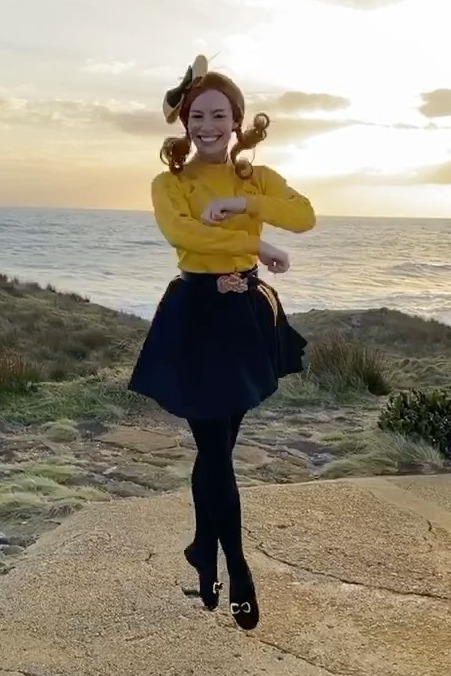 Yellow Wiggle Emma Watkins, who has been a core member of the group since 2012Credit: emma_wiggle/Instagram 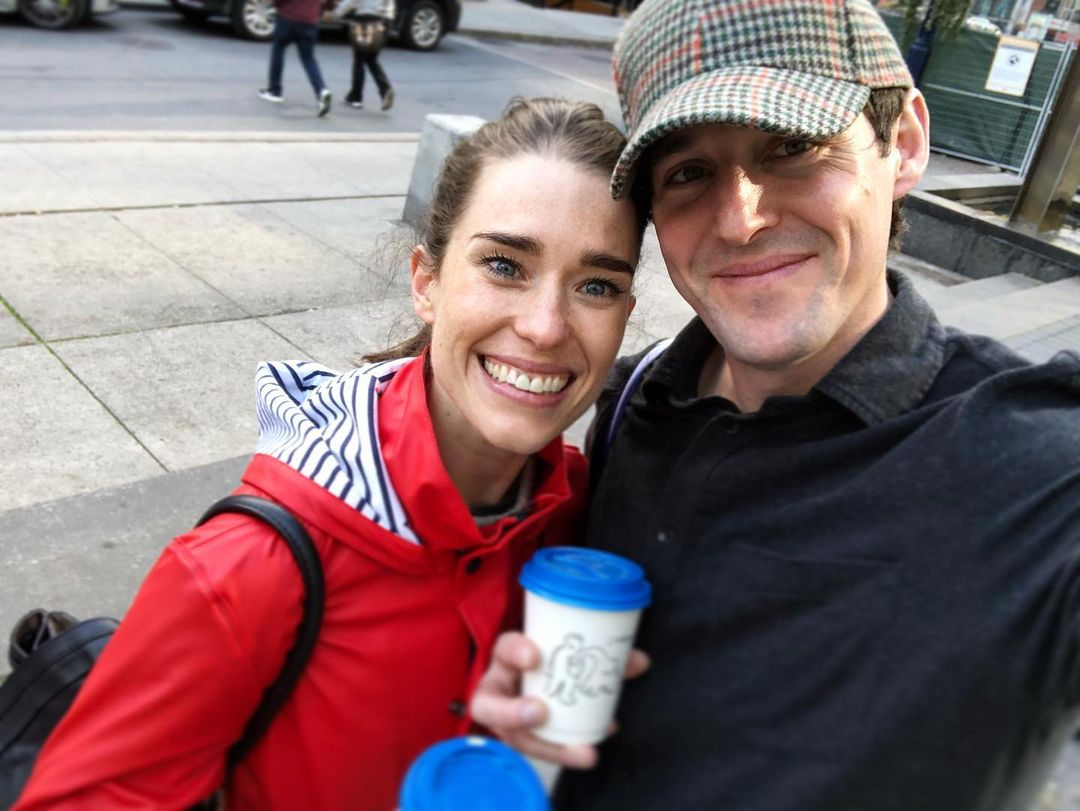 Lachy moved in with ballet dancer Dana Stephensen and have since welcomed welcomed twin girls Lulu and LottieCredit: lachy_wiggle/Instagram

And surprisingly, it has, even self-isolating together along with the rest of the group – and Emma’s new man – during last year’s coronavirus lockdown, in order to continue making new music.

“Around the world, we have parents asking, ‘Please make more content!’ and it makes you think we’re responsible for providing entertainment at the moment so we’ll just keep going,” Watkins told the Australian Women’s Weekly at the time.

Lachy moves on with ballet dancer

A few months after he and Emma had publicly announced their split, Lachy appeared alongside ballet dancer Dana Stephensen, who filmed a cameo in The Wiggles’ Big Ballet Day music video in December 2018.

From that brief workplace meeting, romance blossomed and after months of speculation, the pair finally confirmed they were a couple a year later.

They were engaged in April 2020, and welcomed twin girls Lulu and Lottie in September last year.

And in a show of love, the couple actually each proposed to the other over two separate occasions. 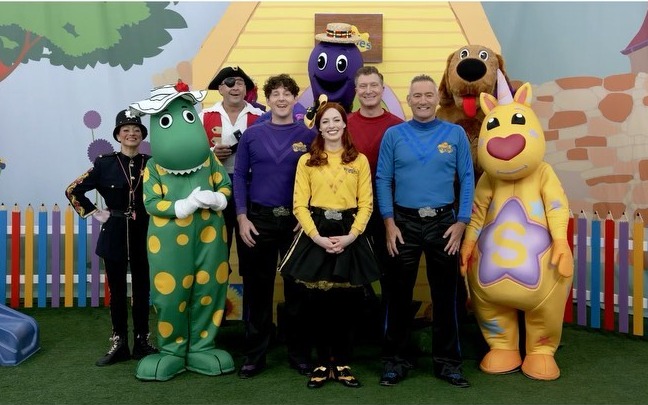 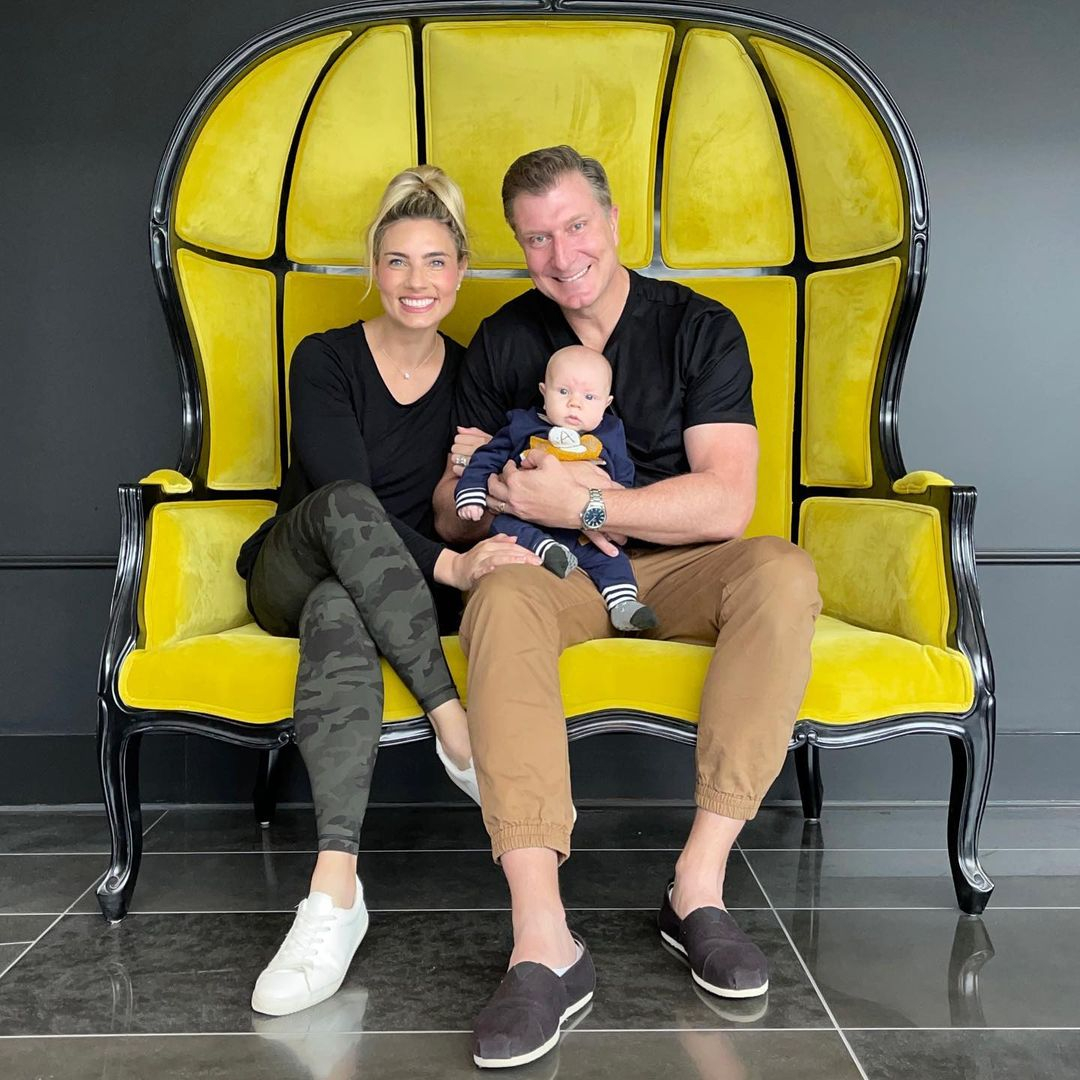 Simon and Lauren met when she played Dorothy, Wags the Dog and Henry the Octopus on a 2011Credit: simon_wiggle/Instagram

“At the end of our summer holidays, I walked into the most beautiful surprise – a room filled with the most incredible flowers and Lachy singing at his piano and then asking me to marry him,” Dana explained.

Lachy revealed that Dana “asked me to marry her at home under a fairy light sky and a very excited little boy in a beautiful bow tie,” referring to her young son from a previous relationship.

The close ties don’t end there as Red Wiggle Simon Pryce is married to Dorothy the Dinosaur – well, the actress and model who once portrayed her.

Simon and Lauren Hannaford met when she played Dorothy, Wags the Dog and Henry the Octopus on a 2011 Wiggles tour.

He wed the former gymnast six years later, and in January this year they welcomed their first child, a baby boy named Asher.

“I am so overcome with emotion and overwhelming feelings of love that it’s impossible to put into words everything I am feeling right now,” Simon said after the birth.

This article was originally published on Kidspot and has been republished with permission.

In other celeb news, check out Jacqueline Jossa’s 8lb weight loss regime after refusing ‘plus size’ label – from celeb meal plans to her home gym.

And finally, read why Love Island’s Amy Hart, 28, has decided to freeze her eggs.