No hard feelings! Shanna Moakler only wants the best for her ex-husband, Travis Barker, and his new girlfriend, Kourtney Kardashian — on one condition.

“As long as she’s great to my kids and they’re both happy, I’m happy for them,” the model, 45, exclusively told Us Weekly on Thursday, February 25. “I absolutely am super happy for them. I have no ill will toward anybody.”

Moakler and Barker, also 45, were married from October 2004 to February 2008. They share son Landon, 17, and daughter Alabama, 15. Us confirmed in January that the Blink-182 drummer moved on with Kardashian, 41, who shares sons Mason, 11, and Reign, 6, and daughter Penelope, 8, with her ex-boyfriend Scott Disick. 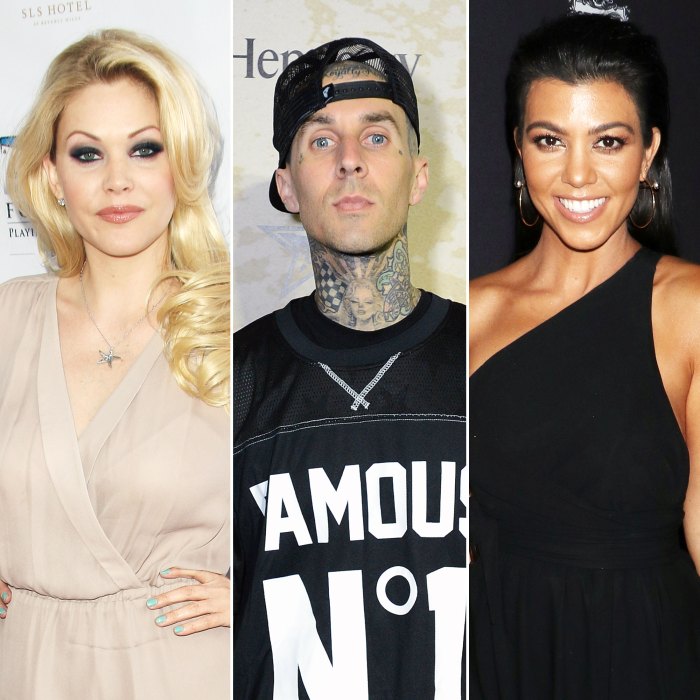 “I think they’ve been friends for a really long time,” the former Playboy Playmate, who is dating fellow model and actor Matthew Rondeau, told Us of the new couple. “My kids seem to really like her, and they all seem [to be] in a good place, and I’m in a good place, so it’s good!”

Since their divorce, the Meet the Barkers alums have shared joint custody of their two children. Now that Landon and Alabama are getting older, however, the former couple are not as strict about working out a schedule.

That said, the Hollywood Exes alum noted that she has “a great relationship” with her kids and called coparenting “a first priority for Travis and I no matter where we’re at — as friends or acquaintances.”

Landon and Alabama also have a tight bond with Mason, Penelope and Reign. A source previously told Us that they all “became friends living in the same neighborhood,” and the kids’ “friendship had Kourtney and Travis spending a lot of time together” before their relationship turned romantic.

The E! personality and the Grammy nominee became Instagram official on February 16 when they shared a close-up photo of their fingers interlocked in a car. The social media move came two days after they enjoyed a low-key Valentine’s Day together in front of an outdoor fireplace.

“They’re taking their time and trying not to move too fast,” a source later told Us exclusively. “No one is surprised by their relationship.”