Giving love a shot! Bachelor’s Matt James revealed that he is seeing ex Rachael Kirkconnell after sparking reconciliation rumors earlier this month during outings in New York and California.

“I’ve seen Rachael a handful of times,” James, 29, confirmed to People on Wednesday, April 28. “I’m not pursuing any relationships right now outside of that. I said I was going to focus on my relationship with her and that means focusing on it.”

Fans watched James and Kirkconnell’s love story play out on season 25 of the ABC dating series, which premiered in January. The ABC Food Tours founder picked the graphic designer, 24, as the winner, giving her his final rose, but he didn’t propose. 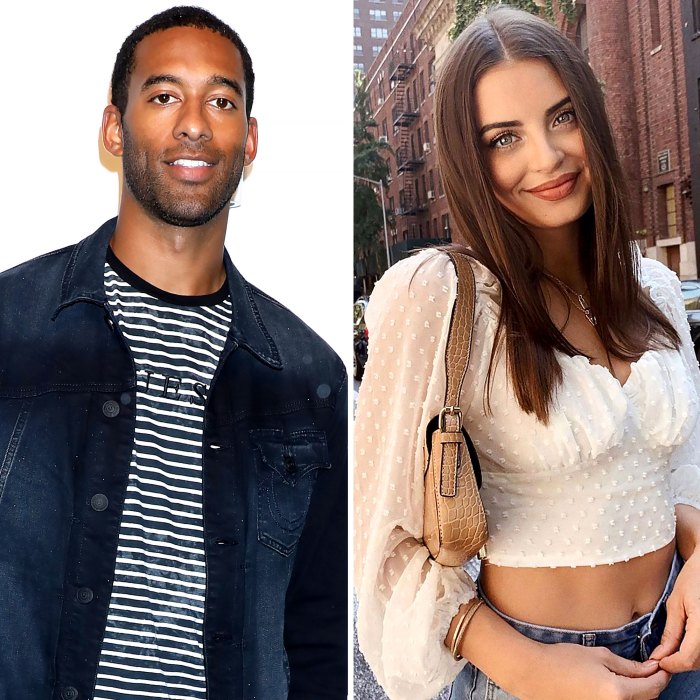 While the season was still airing, Kirkconnell came under fire when racially charged actions from her past, including photos of her attending a plantation-themed sorority event in 2018, resurfaced.

The Georgia native publicly apologized twice, writing via Instagram in February that she “didn’t recognize how offensive and racist” her actions were. Despite her efforts to right her past wrongs, James called off their relationship the same month.

The TV personality announced the split on the After the Final rose special, which aired in March. James told his ex at the time that they had to end things so she could work on herself and learn from her mistakes.

“If you don’t understand why something like that is problematic in 2018, there’s a lot of me that you won’t understand,” he told guest host Emmanuel Acho. “It’s as simple as that.”

Since their public breakup, however, the two have reunited on two occasions, including out in New York City on April 8.

“They’re not officially back together,” a source exclusively told Us Weekly at the time.

Kirkconnell reached out to James to “see if he would be open to meeting with her,” the insider said, adding that the duo had been “communicating this whole time” as she continues to “educate herself” on racism post-show.

The reconciliation later fell apart, however, after a woman named Grace claimed she had also been talking to James while he was in Florida in April. A second source told Us that Kirkconnell felt “manipulated” by her ex after hearing Grace’s claims.

“Rachael is very emotional right now because she was very hopeful that things were going to work out,” the insider added. “She’s still trying to process this.”

Less than two weeks later, the exes were then spotted together for a second time walking around in Santa Monica, California.

Following the Saturday, April 24 outing, a third source exclusively told Us, “Matt felt bad about what happened between him and Rachael and so he reached out to her saying he wanted to see her.”

Kirkconnell’s “feelings hadn’t gone away overnight,” so she decided to hear him out, the insider said, noting that “she’s giving him another chance” following the drama.