I was trolled over my small boobs, but going under the knife banished my ‘bikini fear’, says Love Island’s Molly Smith

FLAUNTING her sensational figure in the Love Island villa, Molly Smith looked the picture of confidence.

But the 27-year-old model has revealed nasty trolls taunted her over her small boobs – and she always faked a bigger cleavage.

Molly felt she didn’t ‘fill’ bikinis and lingerie before surgery 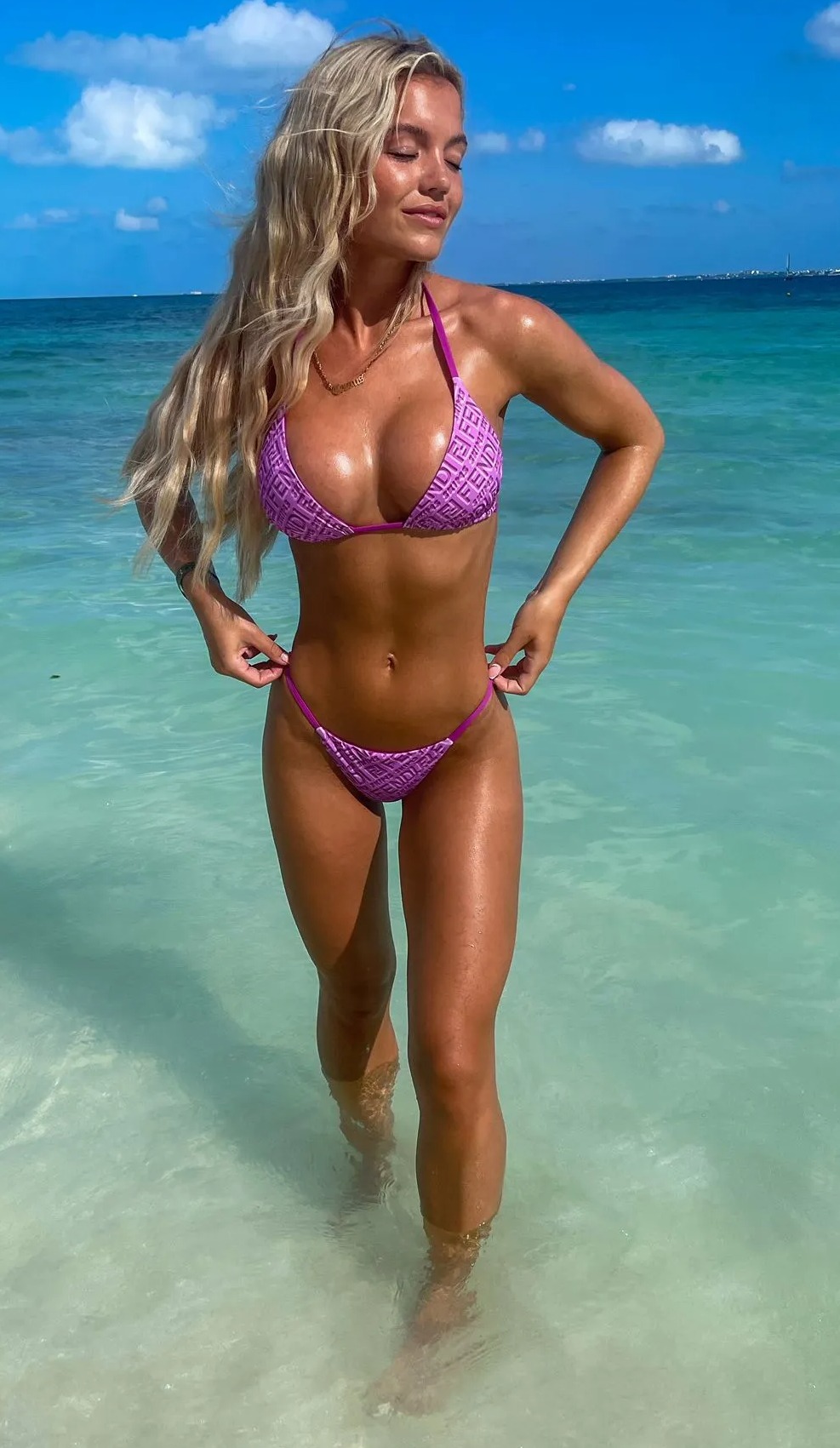 Molly couldn’t be happier with her new 32C boobs after undergoing surgery in OctoberCredit: Supplied

Molly said: “When your job is modelling bikinis and lingerie, and you put a bra on and you’re not even filling it, you can feel self-conscious.”

“I used to go to Primark and Ann Summers and buy all the padded bras and stick-on boobs.”

Molly had always longed to have a boob job, but was warned by her previous modelling agency that certain brands may not want to work with her if she had surgery.

She added: “I did also think, ‘Maybe they might just grow! I might have a growth spurt.

“Plus I was cautious about doing something that would change my body.”

After appearing on 2020’s winter version of the ITV dating show, Molly has encountered cruel trolls – but she refuses to pay them any attention.

She said: “Before I had the surgery, I had negative comments from people saying, ‘You’re so flat chested.’

“I just delete those posts. They are usually by someone who hasn’t got a profile picture or any followers.”

In September, she hit back at bodyshamers who told her she was “too skinny”, insisting she had “never eaten so much”.

Molly, from Manchester, had a boob job in October with the Transform Hospital Group, and admits she had a shock at her initial consultation.

She said: “I’d always thought I was a 32C and that was the size I always bought.

“But when I had my consultation for surgery, they told me I was actually a 32B.”

She opted to boost her assets by one cup size.

Taking on the trolls

Molly said: “So now I’m up to what I always tried to be with the padded bras anyway. I didn’t want to go too big. That nineties look of very big boobs might have been good at the time but it’s not for me.”

But, perhaps inevitably, she has received some flak for her decision.

She said: “I bet it’s those same people who called me ‘flat chested’ who are slating me for having surgery now.

“The number of positive comments I’ve had since having my boob job has far, far outnumbered any negative ones.”

Some have pointed out that last year Molly said: ‘I’ve never had any surgery or cosmetic surgery or anything. Nothing against those who do, I just personally don’t want it.”

But Molly, who bagged a six-figure deal with clothing firm I Saw It First after leaving the villa, has set the record straight, explaining she was referring to lip and face fillers.

She told The Sun: “That actually came from a Q&A with fans.

“I was talking about an article from when I was in the villa and it said I’d had something like £5,000 worth of work done to my face.

“I’ve never had anything done to my face.

“Having my boobs done was something I’ve been thinking about for a long time.

‘I couldn’t brush my hair’

Despite some nerves, Molly insists the surgery was like a “pamper day.”

She said: “I was a little bit scared but I was looked after so well.

“I had someone I could ring any time I wanted beforehand which made me feel so much more relaxed.

“I had my own room which was so cosy, and because you’re out of it for the surgery, I just felt like I’d had a really long nap.

“It was like a pamper day, and I was back at home that evening.”

As for recovery, she breezed through it without any pain or side effects.

“The only thing I struggled with was lifting my arms to brush my hair,” she said. “But I stayed at my mum’s house and she looked after me and did my hair.”

And she is delighted with the results.

Molly said: “I can’t begin to tell you how much happier I am now.

“I’ve just been on holiday and I feel  so much more confident in bikinis. To wear a backless dress and not have to worry about my boobs looking good is amazing.

“My only sadness is that I didn’t do it sooner.

Her boyfriend Callum Jones, who she met on Love Island almost two years ago, is also pretty chuffed.

Molly said: “He’s been really supportive. He never told me I should or shouldn’t have it done. He just wanted me to be happy.

The pair moved into Molly’s mum’s house straight after leaving the villa and just before the world went into a global pandemic.

They now live in their own place with their two dogs, Nelly the Pomeranian and Winnie the pug, which was a Christmas present from Molly to Callum last year.

She said: “We were used to being on top of each other in the villa, and that’s a bit like living in lockdown in itself.

“We had a headstart on most other couples.

“The testing times were more when things got back to normal and we could go out again!”

As for the future, Molly would like to settle down eventually, but not for a good few years.

She said: “We’re not massive planners but next year, if we’re allowed, we want to go on more holidays and travel.

“I’ve always wanted to get married and have children, but I feel like that’s something more for when I’m in my mid-thirties.

“I’m two years older than Callum, and besides, I have two nieces and a nephew who are enough for now.

“You get to cuddle them and hand them back!” 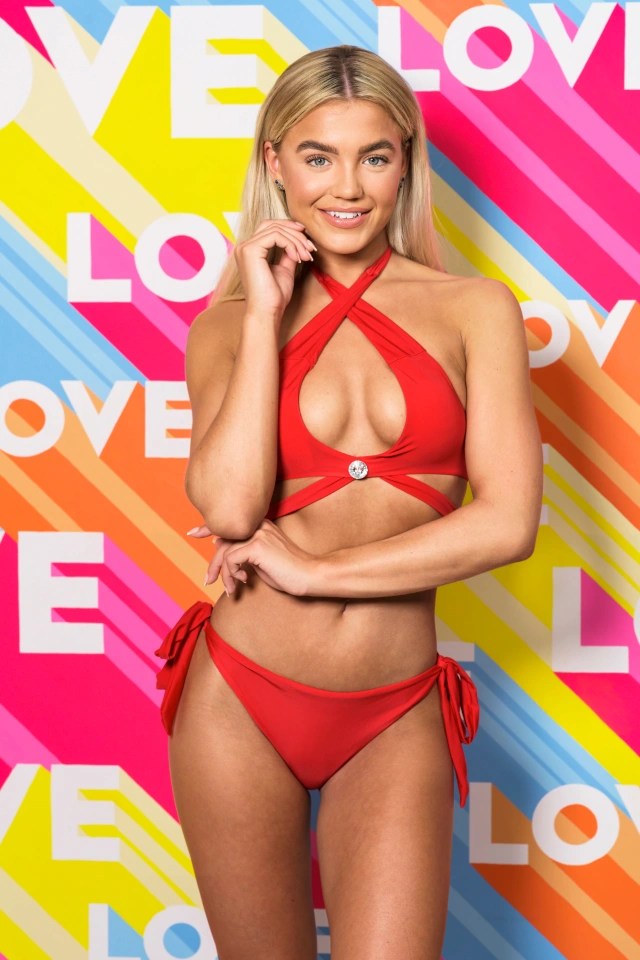 Molly appeared on the winter 2020 version of Love Island When are Good Morning Britain, Lorraine and This Morning back on TV?