Throwback! Drew Barrymore revealed that she once attended a concert with Vanessa Hudgens and Zac Efron while they were dating on the early 2000s.

“I was just thinking about, back in the day, we went to a Kings of Leon concert together, you, me and Zac Efron,” Barrymore, 46, told Hudgens, 32, on the Friday, May 7, episode of The Drew Barrymore Show. “And it was one of the funnest nights of my life.”

The Spring Breakers actress instantly knew what the talk show host was referring to and said she still thinks about the great night as well. 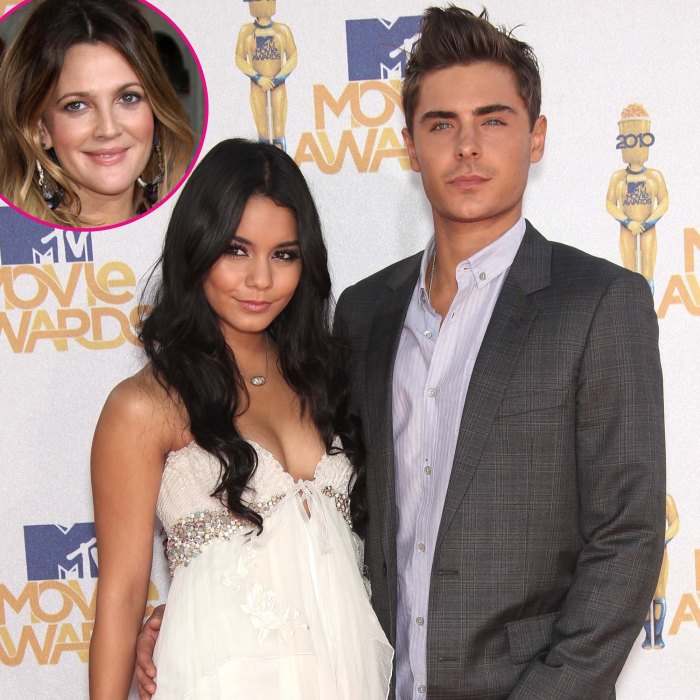 “Are you kidding me? It’s like, still a story I tell to this day,” Hudgens replied. “That was such a wild time. I remember being there and I was like, ‘What’s happening? This is so amazing.’ You were so sweet.”

The Never Been Kissed star joked, “I was literally your and Zac’s third wheel.” She also recalled how “fun” the outing was, noting, “You guys were so cute and cozy and I just had the best time.”

Hudgens met Efron, now 33, on the set of High School Musical in 2005, in which they played high school sweethearts Gabriella and Troy. They began a romantic relationship two years later and went on to reprise their roles in two High School Musical sequels in 2007 and 2008.

Us Weekly confirmed in December 2010 that the pair had called it quits after dating for more than three years.

“It was mutual. They have been together for so long. It just ran its course,” a source told Us at the time. “They are still talking and still friends. There’s no drama. They just grew up.”

The Second Act star moved on with Austin Butler one year later. Us broke the news in January 2020 that the duo split after nearly nine years together. They sparked breakup speculation one month prior when the Carrie Diaries alum, 29, was noticeably absent from Hudgens’ birthday celebrations and when they spent the holidays apart.

In November 2020, the Knight Before Christmas star sparked romance rumors with baseball player Cole Tucker, whom she met via Zoom. The couple became Instagram official on Valentine’s Day in February.

Efron, for his part, has been linked to Lily Collins, Alexandra Daddario and Halston Sage since his split from Hudgens.

The Baywatch actor most recently dated model Vanessa Valladares. Us confirmed in April that they had ended things after less than a year together.