HE is the bodyguard who Princess Diana nicknamed Rambo and with whom she had several heart-to-hearts revealing her biggest fears and future plans.

And 25 years on from her death, Lee Sansum says he is adamant she would be alive today if he had been with her on the night she died alongside Dodi Fayed in a Paris car crash on August 31, 1997. 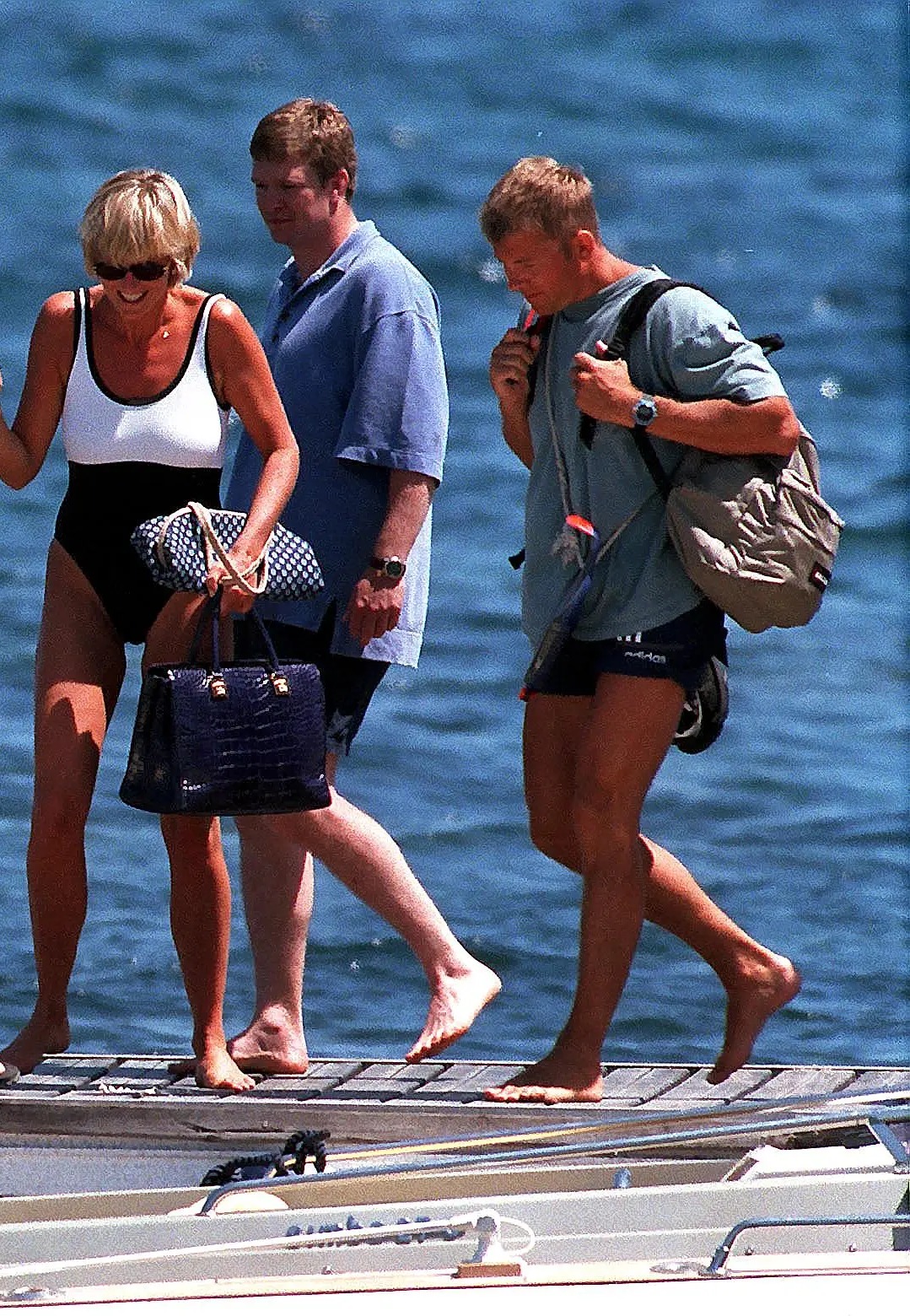 Lee says she would have been alive today if he had been with her on that tragic night of 1997 in Paris, here Lee with the princess and Trevor Rees-JonesCredit: B960 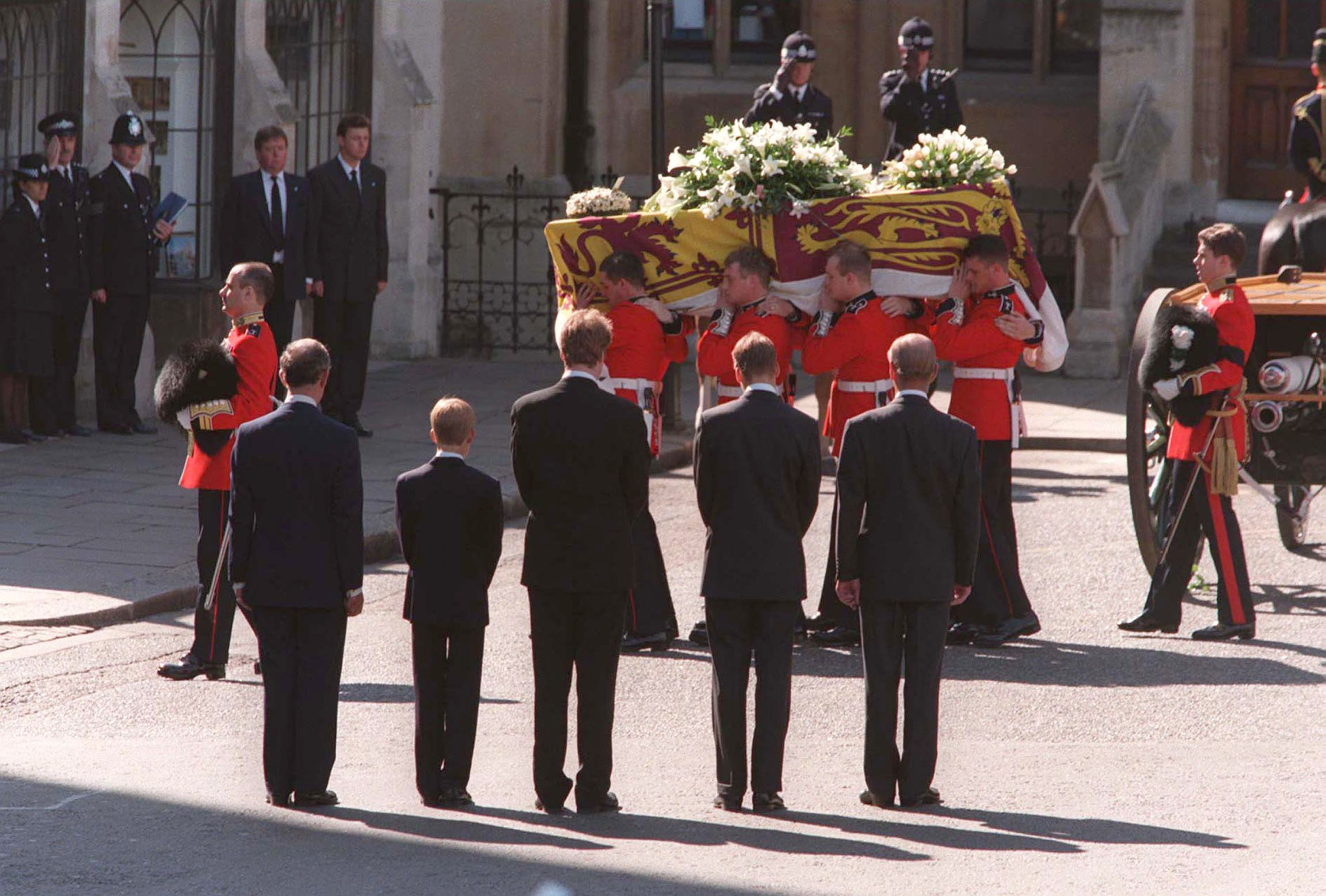 Nicknamed Rambo by Di, Lee tells how security guards drew straws to accompany bodyguard Trevor in the car, and he lostCredit: Getty – Contributor

In an exclusive interview, Lee has told how security guards drew straws to accompany bodyguard Trevor Rees-Jones in the car, and he lost.

He also reveals the fun bets he had with a young Prince and how he treasures a letter from Diana thanking him for making her final sunshine holiday in St Tropez “magical” — and her fears she may be assassinated.

“We drew straws to see who would be accompanying Trevor that weekend. I pulled a match and it was a long one. 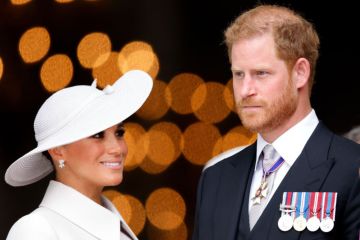 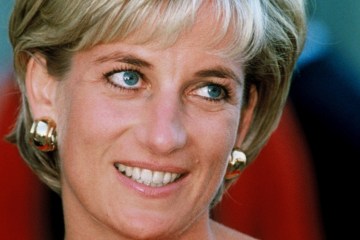 “When I learned they were not wearing seatbelts in the crash I understood why they didn’t survive. That shouldn’t have happened.

“It was standard practice for the family to wear seatbelts. It was an order sent down from the boss, Dodi’s dad Mohamed Fayed. Dodi, in particular, hated wearing seatbelts and I always insisted on it.”

Burnley-born Lee, who has covered his incredible career in personal protection in a new book, was assigned to look after Dodi and Diana, then 36, when they stayed at his boss’s 30-bedroom villa in St Tropez, in the South of France, during July 1997.

Every day Diana would wake up at 7am and chat to the bodyguard. He said: “She had been happy on that holiday.

“But I had seen her in tears too, when she learned of the murder of her friend, the fashion designer Gianni Versace. She confided in me her own fears that she might one day be assassinated.

“She asked if I thought his murder outside his home was a professional killing.

“I thought it was. Then she said something that always stayed with me — ‘Do you think they’ll do that to me?’ She was shaking and it was clear from her tone that she really thought that they might, whoever ‘they’ might be.

“I spent some time reassuring her that no one was going to try to kill her and she was safe with us, but she definitely thought there was a risk that one day she might be assassinated.”

Diana also told Lee she wanted to live with Dodi in the States.

She definitely thought there was a risk that one day she might be assassinated.

He added: “I actually signed up to join Diana and Dodi in America. She was definitely going, and that was that. She told me she was going there.

“She didn’t want to, but that was the only place she felt people weren’t having a go at her. It was probably her way of keeping sane, to get some respite.”

Lee took an instant shine to young princes William and Harry, who he says were down to earth and friendly, like their mother. William was 15 when Diana died and Harry 12.

Lee believes Diana’s plan to move to the US influenced Harry’s move there with Meghan.

He said: “This trauma happened when the building blocks for life were being formulated. His mother saw America as a place of sanctuary. He will be drawing on his experiences from then.”

Lee, a martial arts expert, tried to teach William and Harry how to kickbox, but they were too apprehensive. He said: “I rigged up a punch bag in the garage.

“One day I told the princes, ‘Come on, I’ll teach you a bit of kickboxing’.

“When I showed William and Harry how to do it though, they seemed a little bit in awe from watching me kick that bag so hard and weren’t too keen to try it themselves in front of me.”

But Harry did challenge him to jump off the top deck of Al-Fayed’s yacht for money.

When Lee said he would do it for £200, Diana joined in the encouragement and told Lee they had his money.

We were generally followed by MI5 but this was the first time we had seen a Special Forces guy.

Lee said: “It was a bloody big yacht and a fair drop from its highest point into the water. A bet’s a bet, after all, and this one was by royal command, from an actual princess.

“So I jumped off the boat, hit the water with a big splash and they were all delighted, especially Harry.”

Lee — who has also served in the Military Police, worked undercover for the Forces in Northern Ireland at the height of the Troubles and in Somalia and Libya — does not believe Diana was murdered.

But he reveals the presence of intelligence services following her just weeks before the crash might have been a factor.

On a counter-surveillance drive near the Al-Fayed home in Surrey just before they all went to St Tropez, one of Lee’s colleagues saw someone from the Special Reconnaissance Unit, working on a building site. He knew him as they had both been in the SAS.

Lee said: “We were generally followed by MI5 but this was the first time we had seen a Special Forces guy. We thought, ‘They’ve upped their game’.

“A witness driving a car travelling in front of the Mercedes in Paris on the night of the crash told the inquest that he saw a high-powered motorbike overtake the car just seconds before the crash.

“Another witness travelling in the opposite direction saw a second motorbike swerve to avoid smoke and wreckage then carry on out of the tunnel without stopping. The riders of those bikes were never found — and that is no coincidence.

“I believe that security officers following Diana, possibly British or a combined British–French team, may have either inadvertently caused the crash or were in close proximity to the car when it happened.

“If it was known that MI6 operatives were right by the Mercedes at the critical moment, a lot of people would have blamed them for it, and that would have been a huge scandal.”

Lee will never know the truth. But he will always treasure the letter he received from the princess 25 years ago.

He said: “I received a lovely letter from Diana that was signed by her and both of the young princes.

“She told me she wanted to thank me for taking such good care of them all in St Tropez. I was blown away by that. She assured me that she and her boys had a ‘magical’ time there and that this wouldn’t have been possible without my help.

“I couldn’t believe that a woman as famous and in-demand as Diana had taken the time to write to me in that way.

“It showed the empathy she was rightly famous for.

“Diana was almost always able to put herself in someone else’s shoes, it is one of the reasons why she was so highly regarded.

“She signed off with her warmest possible thanks. I still have that letter and will always treasure it.”

‘When I learned they were not wearing seatbelts in the crash I understood why they didn’t survive’, says LeeCredit: Rex Features 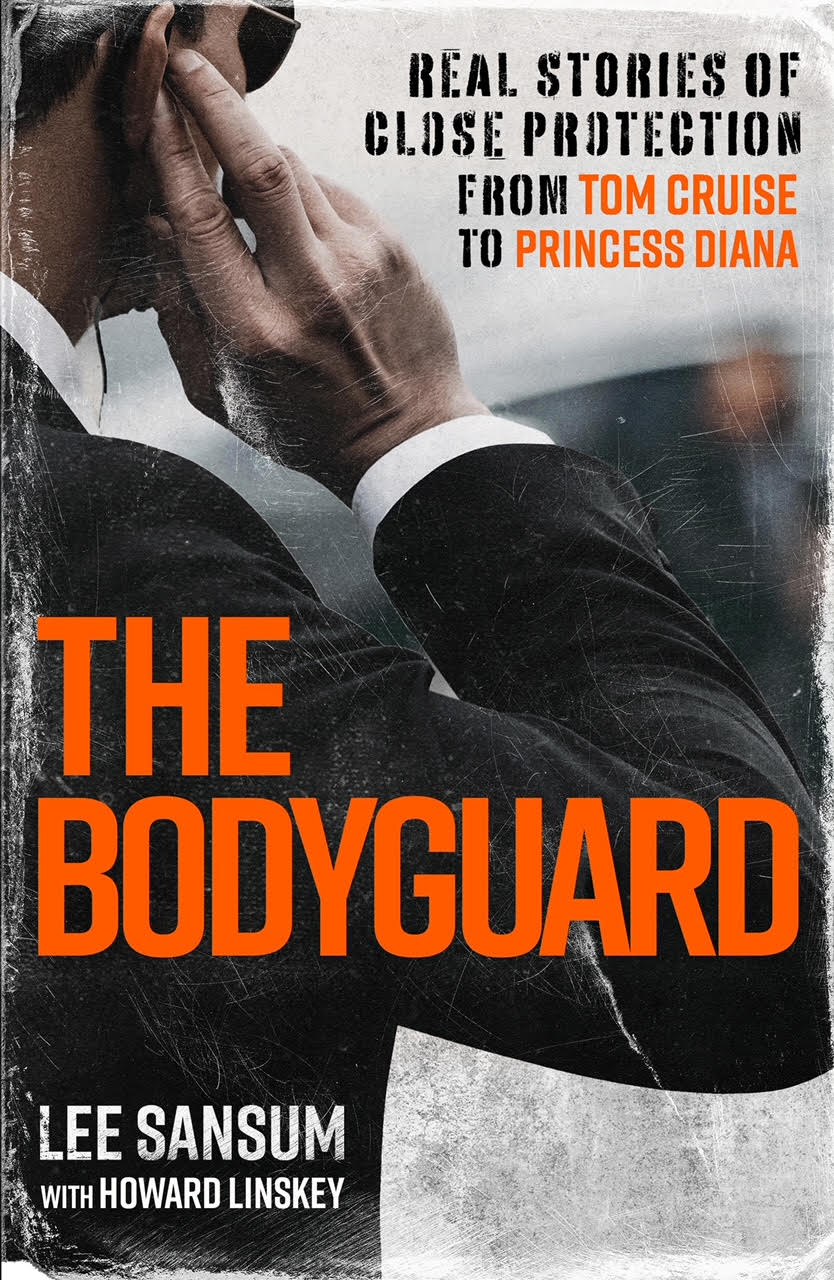 The Bodyguard, by Lee Sansum, will be out on September 1

Pisces weekly horoscope: What your star sign has in store for August 14 to August 20