On the mend. Jon Gosselin went into detail about his experience in a “packed” emergency room after being diagnosed with the coronavirus earlier this year.

“My stepdaughter, Jordan, Colleen [Conrad]‘s daughter, took me to the hospital and I had a 104.8 [degree fever],” the Jon & Kate Plus 8 alum, 43, reveals in a clip from the Thursday, January 14, episode of Dr. Oz. “I was in a wheelchair. I had to wait in the ER. It was packed, like, the hospital was full and then they put me on a gurney and put me in the hallway in the waiting room, so I could get a temporary room.”

After the Pennsylvania native got bloodwork done at the hospital, he received a variety of recommended treatments from the doctors. “All of a sudden, I’m getting antibiotics, steroids and a plasma antibody transfusion for COVID. It happened really fast,” Gosselin says. “Then they moved me … up to another room, a more permanent room. Then I just remember sleeping and it was just surreal. Like, ‘What?’ I didn’t even realize why I was there until, like, three days later.” 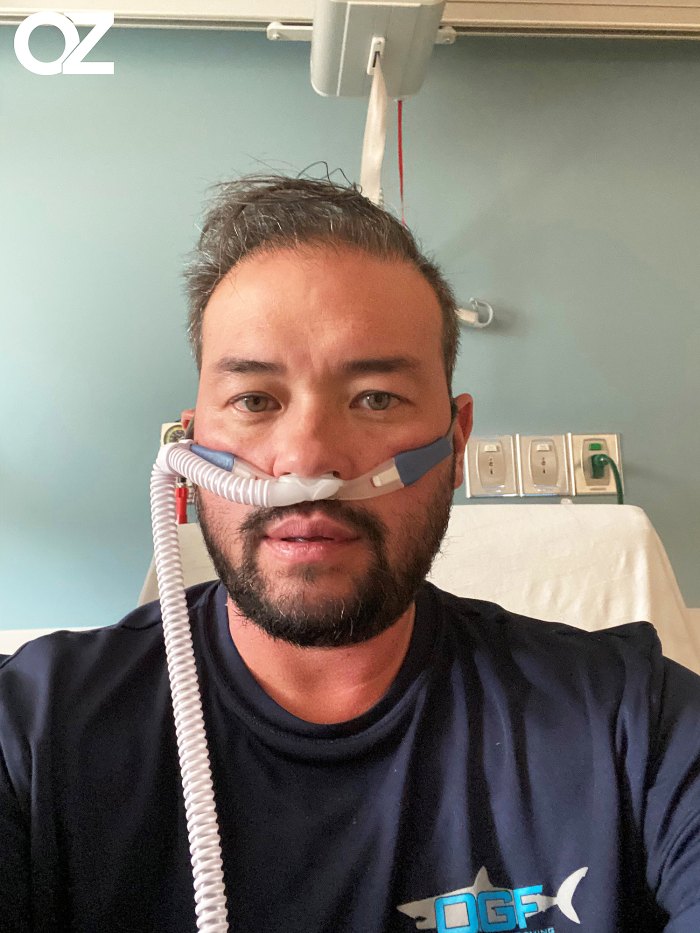 News of the reality star’s health scare comes months after his 16-year-old son Collin accused him of abusive behavior, prompting an investigation by the Berks County Children & Youth Services in Pennsylvania. Jon shares Collin and sextuplet siblings, Aaden, Leah, Alexis, Hannah and Joel, and 19-year-old twins Madelyn and Cara with ex-wife Kate Gosselin, from whom he split in 2009. The DJ denied the teenager’s allegations shortly after they made headlines in September 2020.

“Jon has never abused Collin,” a rep told Us Weekly at the time, claiming that “Collin has endured severe trauma” over the years. “No charges have been filed against him and there’s no ongoing CYS investigation. … Jon is a loving father who has worked hard to ensure that his son gets the support and help he needs.”

Two months later, Jon urged his other children to speak out amid the ongoing drama with Collin and Kate, 45, who claimed that her ex-husband was “a violent and abusive person.”

“I think the kids need to talk,” Jon told Dr. Oz in November 2020. “I mean, I’m giving them the outlet of, ‘If you want to talk to the public because you’re public [people], you have every opportunity to do these things.’”

At the time, the Couples Therapy alum said he was leaving the ball “in their court” and was trying to stay “focused on the two” children who live with him, Collin and Hannah. After his battle with COVID-19, Jon wants the rest of his kids to know that he’s thinking “of [the] future more.”

“I hope that one day I can be part of your life,” he says in a heartfelt message to his family on Thursday’s episode. “I’m glad that I got a second chance. I was more concerned about myself in the hospital and getting better and getting back to my family. I miss them. That’s another surreal part of my life that I have developed a thick skin around to move forward, to just help Hannah and Collin right now, since they live with me. Those are things that I want to build towards.”