WHILE making a fortune from glamour modelling, Casey Batchelor spent her twenties partying until 5am on yachts and flying around the world aboard private jets.

Fast forward ten years and the Celebrity Big Brother star is more likely to wake up at 5am to tend to her ever-growing brood. 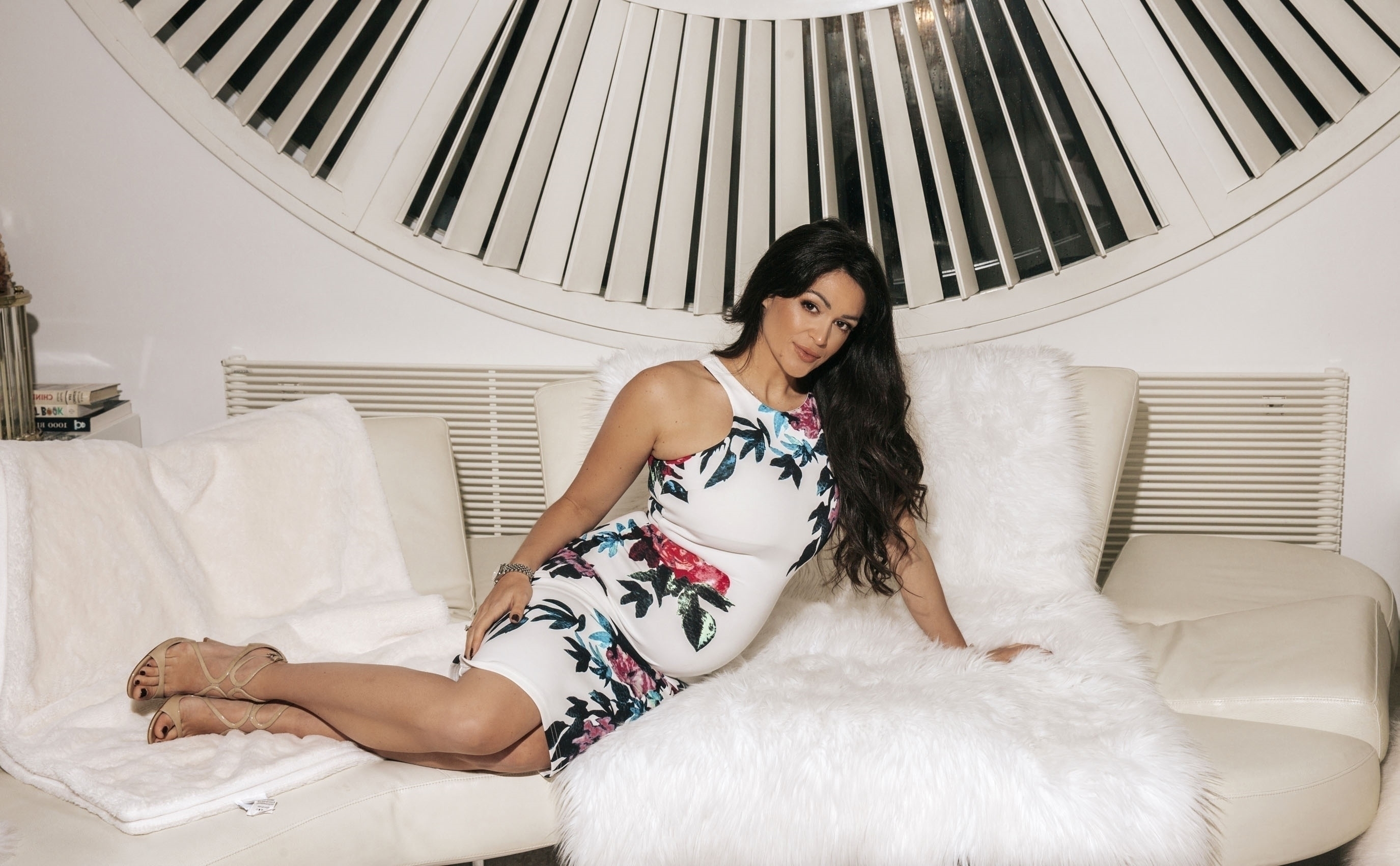 Despite expecting her third child in as many years, the 36-year-old is already thinking about having a fourth. Casey would happily spend her entire thirties pregnant.

She says: “How crazy is that? I literally spent my twenties partying, going out to all hours of the morning, coming in at 5am.

“Now I have completely switched my days around. I lived my life to the full with the partying, private jets and yachts.

“Now I wake up as early as 4am to start the day with the kids instead. I message one of my mum friends, laughing at how much our lives have changed.

“But I am really happy with where I am right now, with my two girls and one on the way. I did say three is the limit, but I think it depends. Who knows?”

Casey has Florence, two, and Sadie, one, with fiancé Dane Goodson, 36, who owns an office supply and printing company — and the couple, who live in Hertfordshire, are expecting another girl in June.

Casey says: “We wanted to start trying for another baby but we weren’t being strict with it.

“It is quite nice that me and Dane, whenever we have said we wanted to try, have got pregnant quite quickly, so we are a really good match.

“With Florence, we spent two months trying. With Sadie it was two months as well, and then this time it was the first month. 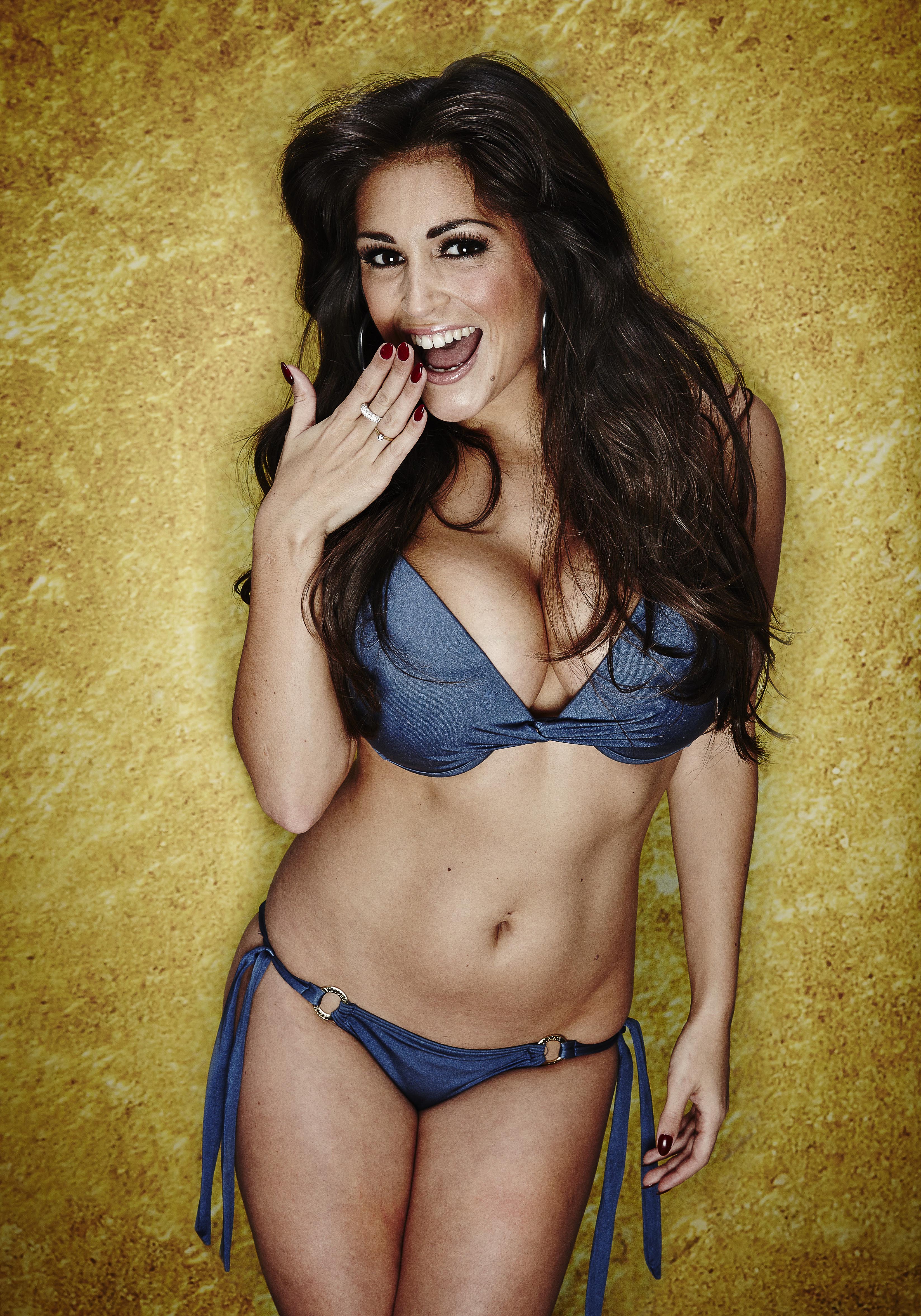 Despite expecting her third child in as many years, the 36-year-old is already thinking about having a fourth

“People might think I am mad, but I just feel like when you are in that baby mode, you are used to disrupted sleep, used to early mornings.

“I don’t see the point in coming out of that, filling your life back a bit and then going straight back into it with a new baby after you have forgotten how hard it was.

“If you are in it, stay in it and then come out at the other end when you are finished. We have the third baby coming and then we will see and gauge if we do go for a fourth.

“We always said if it’s another girl then maybe we will try again and if it’s a boy then we may stop, but who knows.

“If we do have the fourth I would have spent the whole of my thirties being pregnant. It will be quite nice to have some normality back in my forties.”

Casey shot to fame thanks to her GG chest, appearing in lads’ mags such as Nuts and Zoo.

She had a string of high- profile romances, including with footballer Jermain Defoe, Ex On The Beach star Rogan O’Connor and Blue singer Lee Ryan, who she and former Playboy model Jasmine Waltz had a love triangle with in 2014’s Celebrity Big Brother.

But after taking a vow of celibacy until she found a man who “deserves her”, she eventually met Dane.

Their relationship was revealed in February 2017, after months of secret dates, and they got engaged two years later.

Casey says: “I can’t wait to get married. I want all the children at the wedding.

“We have the third baby coming and then whether we go for a fourth one will determine when the wedding happens.

“I really enjoyed life when I was modelling and everything, and had such a great time.” 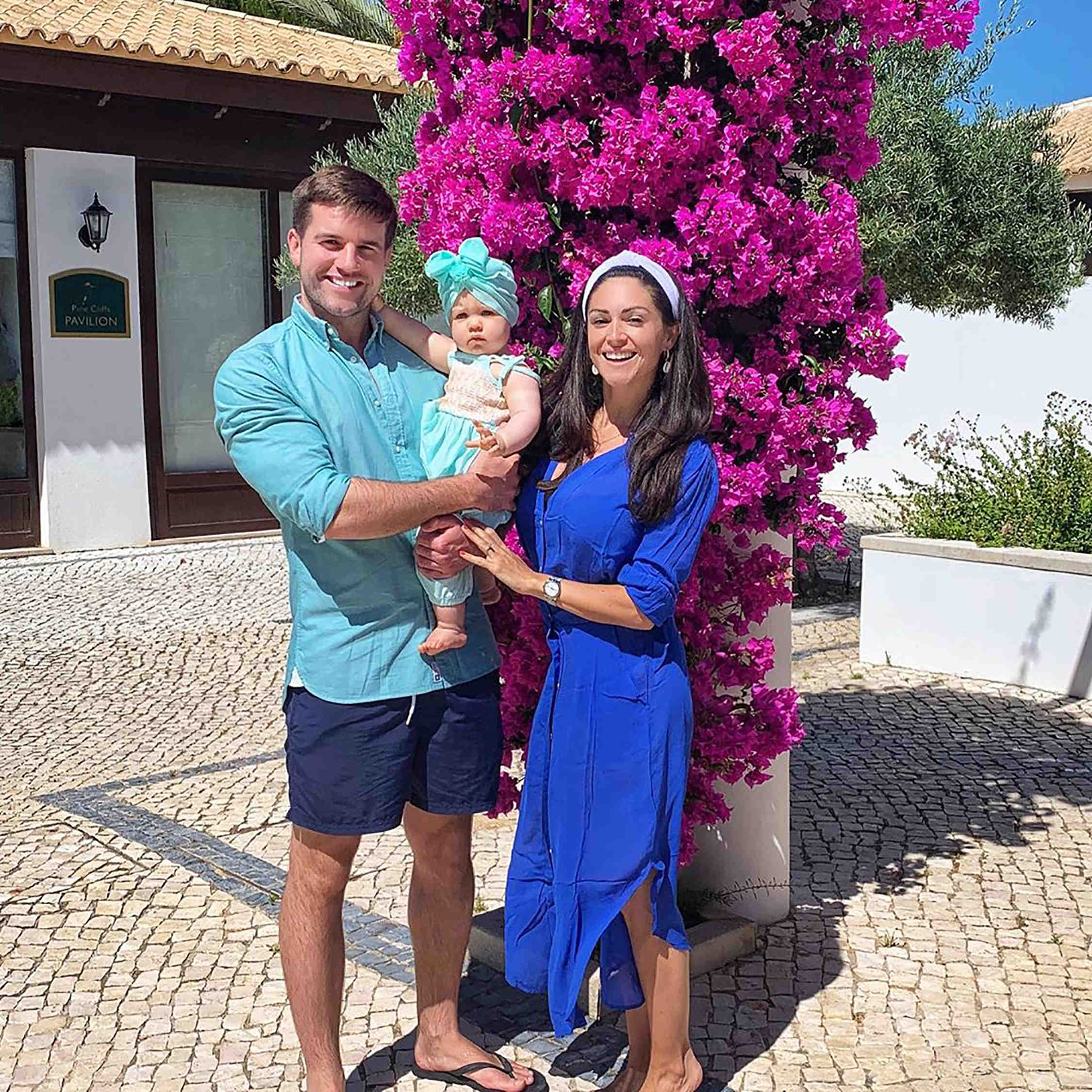 For now though, Casey has one thing on her mind — babies.

A traumatic birth with Florence in May 2018 meant Casey had a C-section when Sadie was born in February last year.

So in the first lockdown she was still recovering from it.

She says: “During the first lockdown, Sadie was a tiny baby.

“That was hard because Dane still worked a lot as well, and it was tough on my own with Florence and the baby with nowhere to go. And now this lockdown I have been pregnant.

“So while it has been strange, a lot of good has come for me during these lockdowns, although I did get quite depressed after the first one.

“I was recovering from a C-section and looking after Florence who was two. It was quite tough. I felt like I was mentally going insane, because Florence doesn’t really talk. 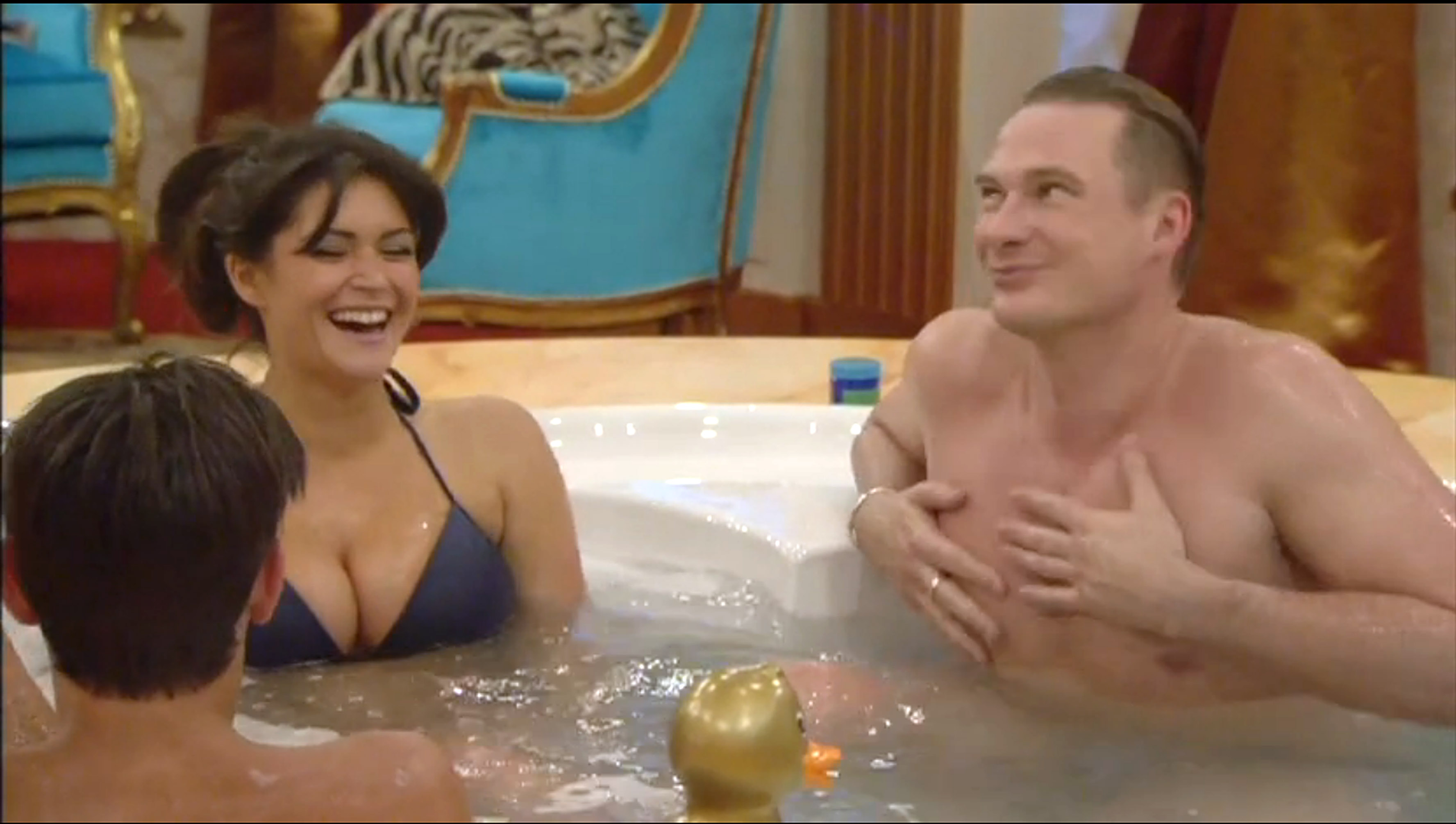 “All day, every day, it was just me on my own with two babies. But then again it was nice because I didn’t have to get ready for people to come round.

“I am normally quite a positive and upbeat person. Thinking about the positives really can get you out of it. This time I’ve had to go on my own for the scans, but that is all right.”

A C-section has also been planned for her third baby.

Casey says: “Everything is as planned as can be.

“I had a really traumatic birth with Florence. My spine was punctured by an epidural.

“They had to give me a rapid birth and break my waters because her heart rate was going up and down, and it led to me being sick, with no breaks in between contractions.

“My punctured spine then led me to have brain fluid leakage as well. It was all awful. So this time there is no doubt I am having a C-section.” 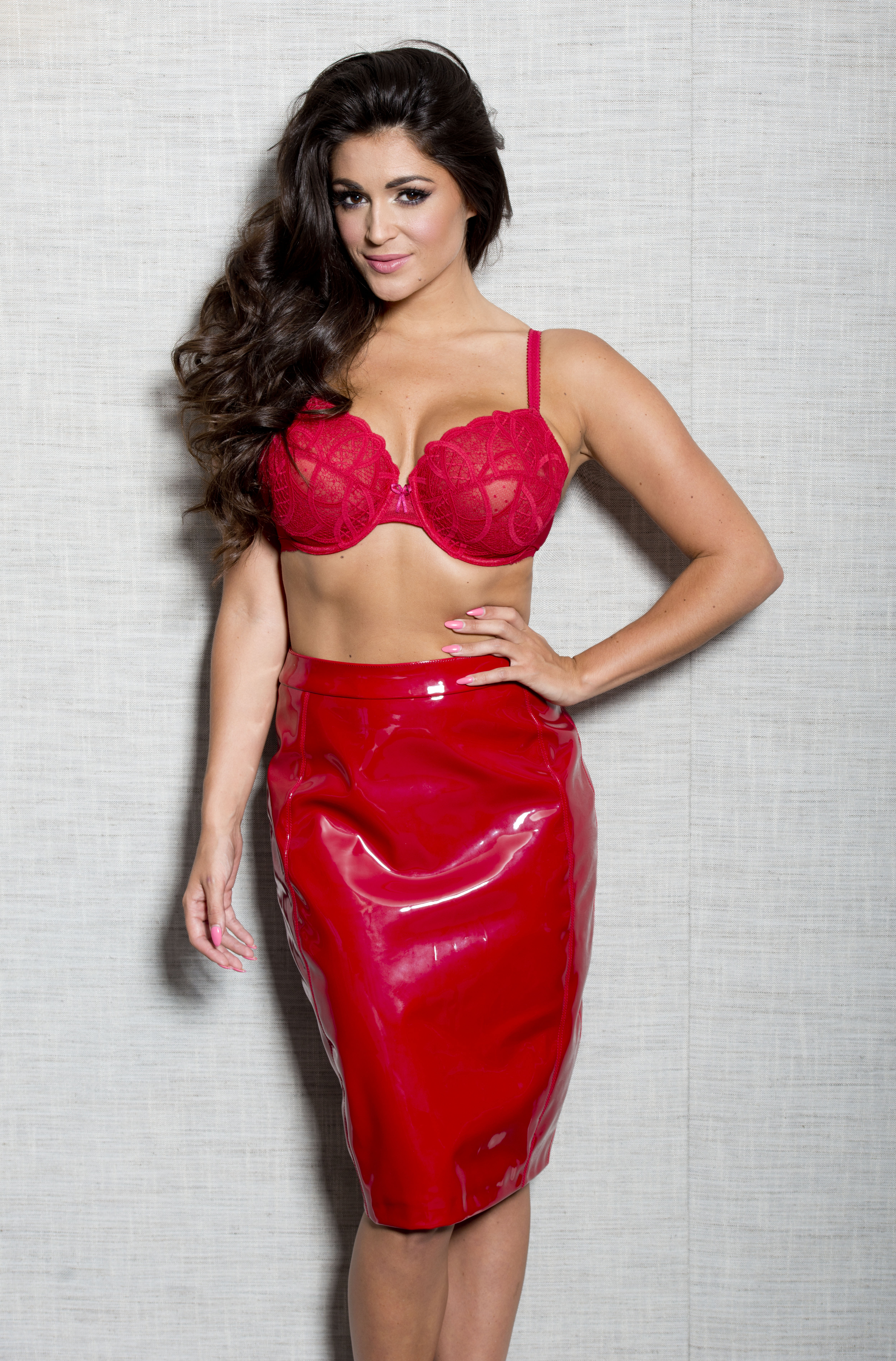 Casey says she would happily spend her entire thirties pregnant

Once the new baby arrives, Casey, who had a breast reduction — to an EE cup — in 2014, is planning just one week of breastfeeding.

She adds: “You’d like to think my boobs would be excellent milking machines. But where I had the breast reduction, it killed a lot of the ducts so I can’t breastfeed that well. They can’t get enough out.”

She gets round that problem with the aid of formula — but only after the baby has had the immunity-boosting “first milk”, colostrum.

She says: “I always do the first week, just so the baby gets the colostrum. But I breast and bottle-feed because I know they don’t get enough milk from me. And to be honest I love the bottle because I know how much they are getting.

“They sleep better, they go through the night much better. This is my personal preference. But I like them to have the colostrum because it’s the golden top, as they call it.”

Casey, Dane and their daughters can’t wait for the new arrival.

She says: “We are all really happy and excited with everything that is happening. Even though Sadie has no idea, Florence knows a little bit more and loves snuggling into my belly.

“I am so happy that I really enjoyed my life prior to the kids, had such a great time because now I know I am ready to move to the next stage in my life.” 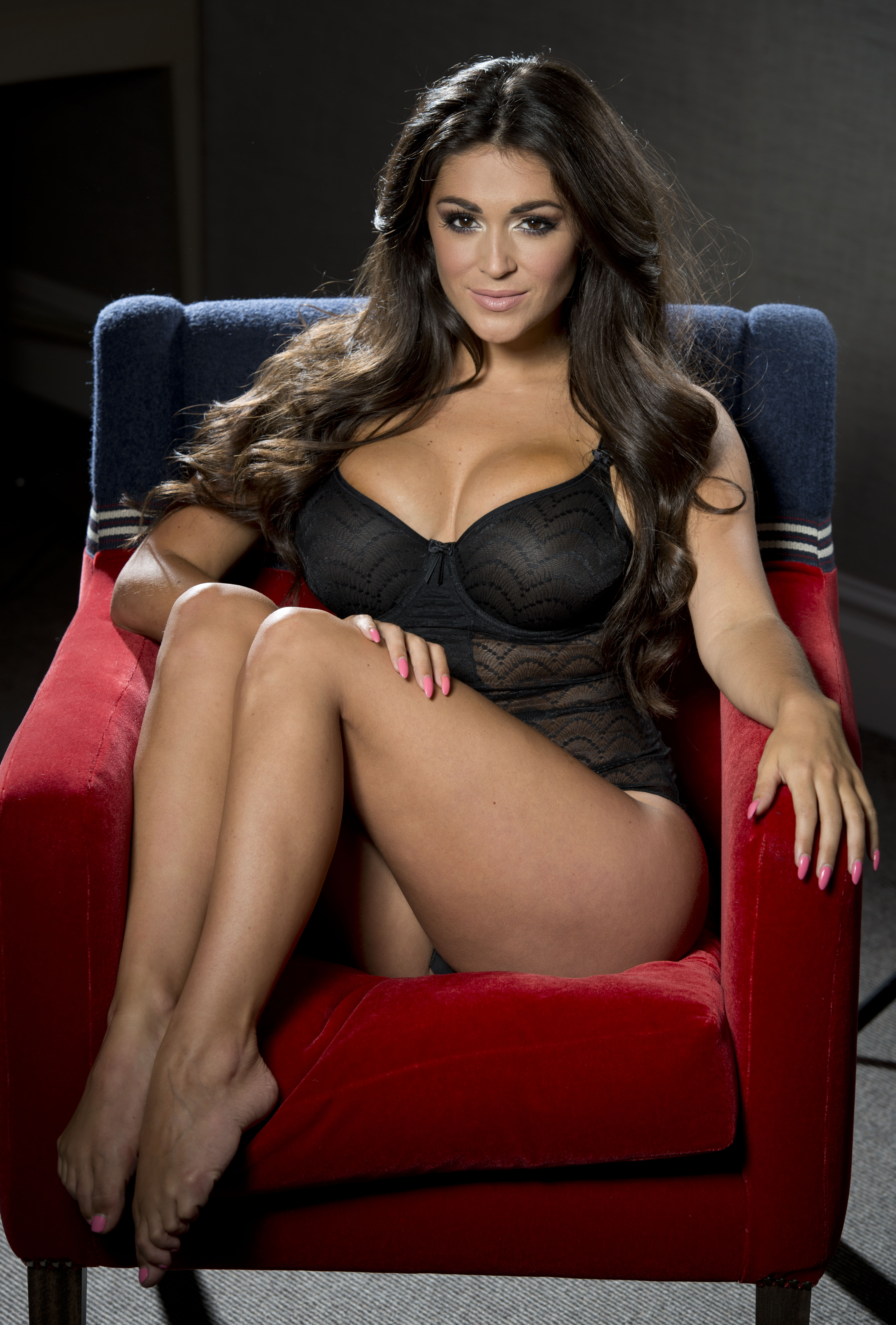 Casey shot to fame thanks to her GG chest, appearing in lads’ mags such as Nuts and Zoo