WHEN I left the Big Brother house in 2007, there were two things I wanted.

To be skinny and to have big boobs like all the footballers’ wives.

I would take diet pills before I ate my lunch, which was something like a tiny soup, says ChanelleCredit: TONIC 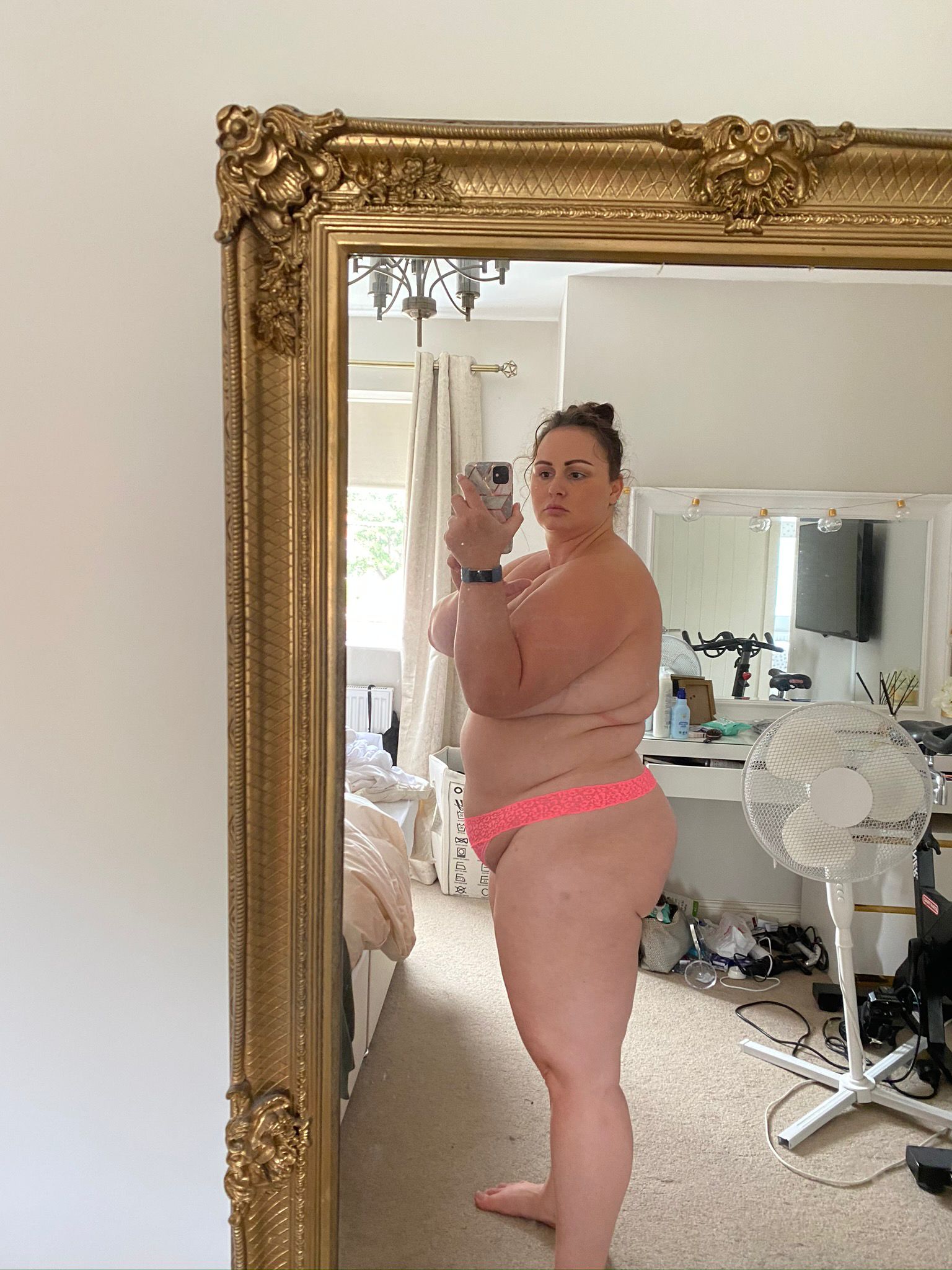 I liked how Victoria Beckham dressed and thought she had an amazing life.

I thought if I looked like that I would be happy — but I was in a really bad place mentally.

I was overwhelmed by all the attention, doing lads’ mag shoots and going out all the time. I had no sense of identity.

I had entered the house a tiny size 6, weighing just 7½st, but that is because my lifestyle had been so unhealthy.

I used to get up and go to the gym first thing before college in the morning. I would take diet pills before I ate my lunch, which was something like a tiny soup. Then I would swim 60 lengths, finish my afternoon classes and go to the gym again.

Sadly, I did not ever think that was abnormal behaviour. I would still go out with mates and have dinner and drink loads, but 80 per cent of the time I was limiting what I ate.

I was never self-conscious of my body. I did not mind being in a bikini or people seeing me in my underwear, but that is because I was always trying to be thin.

Fast forward to my life post Big Brother and my eating habits got worse.
Everyone I hung out with in London was even smaller than me, so I felt so big. They all took drugs, which I guess explains why they were thin, but that was not something I was into.

‘THEY ALL TOOK DRUGS’

I was living in hotels and would not eat anything all day. If I got absolutely starving I would eat a tin of tomatoes with hot sauce, then take laxatives.
I thought I was setting myself up for this amazing life but in truth I was always on my own and it was so lonely.

By 2009 I was really toned as I did loads of weights, but I was still hardly eating anything and weighed 8½st. Out of control and had no pride in myself

I became pregnant with my son Blakely, now 11, and gave birth to him in July 2010. Me and his dad are not together any more so I was a single mum.

This was the first time I noticed how unhealthy my relationship with my body was.

After giving birth I was immediately on a diet and out running with the pram as soon as I could.

I was never happy when I was thinner either, so I am not sure why I was forcing myself to be that thin girl again. I was still very lost.

I was so conscious of getting back to where I was before, but by 2011 I had gained another stone and a half.

I had moved back to Wakefield in West Yorkshire to be around family but it was at this time I started bingeing on takeaways and treats such as Krispy Kreme doughnuts.

I would binge and then feel guilty, so I would take laxatives again or do extreme exercise, all with a young baby to look after. Looking back, it makes me ashamed.

By 2013 I was in another relationship, this time with Jack Tweed — late Big Brother star Jade Goody’s ex. And although I was coupled up, I was so unhappy and alone most of the time, so I started eating for comfort.

I would put Blakely down to bed, then would order Domino’s with chips and a full-fat drink and sit on the sofa eating. I quickly went up to 13½st.

I was still exercising, because going to the gym has always been like therapy, but I could not out-train my terrible diet.

In 2014, I shrunk to a tiny size 6, weighing 8st, after I signed a contract with a diet pill company to lose 5st in four months. I was taking these pills, over-exercising and back to eating a tin of tomatoes if I was starving.

I did not do it for the money, I did it because I was deeply unhappy with how I looked. Yes, it made me happier for a bit as I felt I looked the best I ever had, but my quality of life was so poor.

I was exhausted all the time, snapping at everyone and miserable. In 2016, I found out I was pregnant with my second son Frankie, now four — who I had with my ex Ryan Oates — but the weight had already crept back on.

I was 14½st because I’d injured my back at the gym and had hardly moved for five months. I ended up in a really dark place. I felt disgusting and did not have that release from exercise so I “ate my feelings”.

I split from Ryan when Frankie was six weeks old and the junk food addiction took over again. I kept making excuses, saying things like, “Last time I put weight on, I earned this much by doing that photoshoot, maybe I can do that again”.

I convinced myself I was eating all this junk because it would make me money, but in truth it was because I could not stop.

By 2018 I had got to a point where I did not care about myself at all. I was 16st and totally out of control. I had no pride in myself.

I got offered so many contracts for diet pills or weight-loss regimes but I knew I could not sign them, because I could not keep away from food.

People just thought I was greedy but I was beyond the point of control and my addiction was really taking hold. I decided to have gastric sleeve surgery in 2020 after going up to 17st 4lb.

I knew it was the only thing that was going to get me off this dangerous spiral — I had been living at home like a hermit for a year, ashamed to go out in case anyone would see me.

Doctors had told me my blood sugars were showing signs I could end up with diabetes and my mental health had taken a beating. I felt disgusted at myself for not being able to stop eating.

I was tired walking up the stairs and suffered from constant hip and knee pain. After the surgery, I was on a liquid diet for four weeks so the weight fell off really quickly. I was shifting between ten and 13lb per week.

Now, I am 9½st, and at the age of 33, I am in the happiest place I have ever been, both mentally and physically.

I still have rubbish days. I do not love my loose skin and I would love to get my 34F boob implants removed as they are now by my knees and feel like empty sacks.

But I am really trying to embrace my body. I do not feel like I am depriving myself of the food that I love or that I have changed what I eat.

I am just far more conscious of what is going into my body and the volume. People troll me thinking the NHS paid for my surgery, but I had it done privately with a company called Tonic.

I did not have surgery because I am lazy or uneducated about how to be healthy. I was an addict and felt powerless.

I want others to know they are not cheating or letting themselves down by doing it — it can save their life. 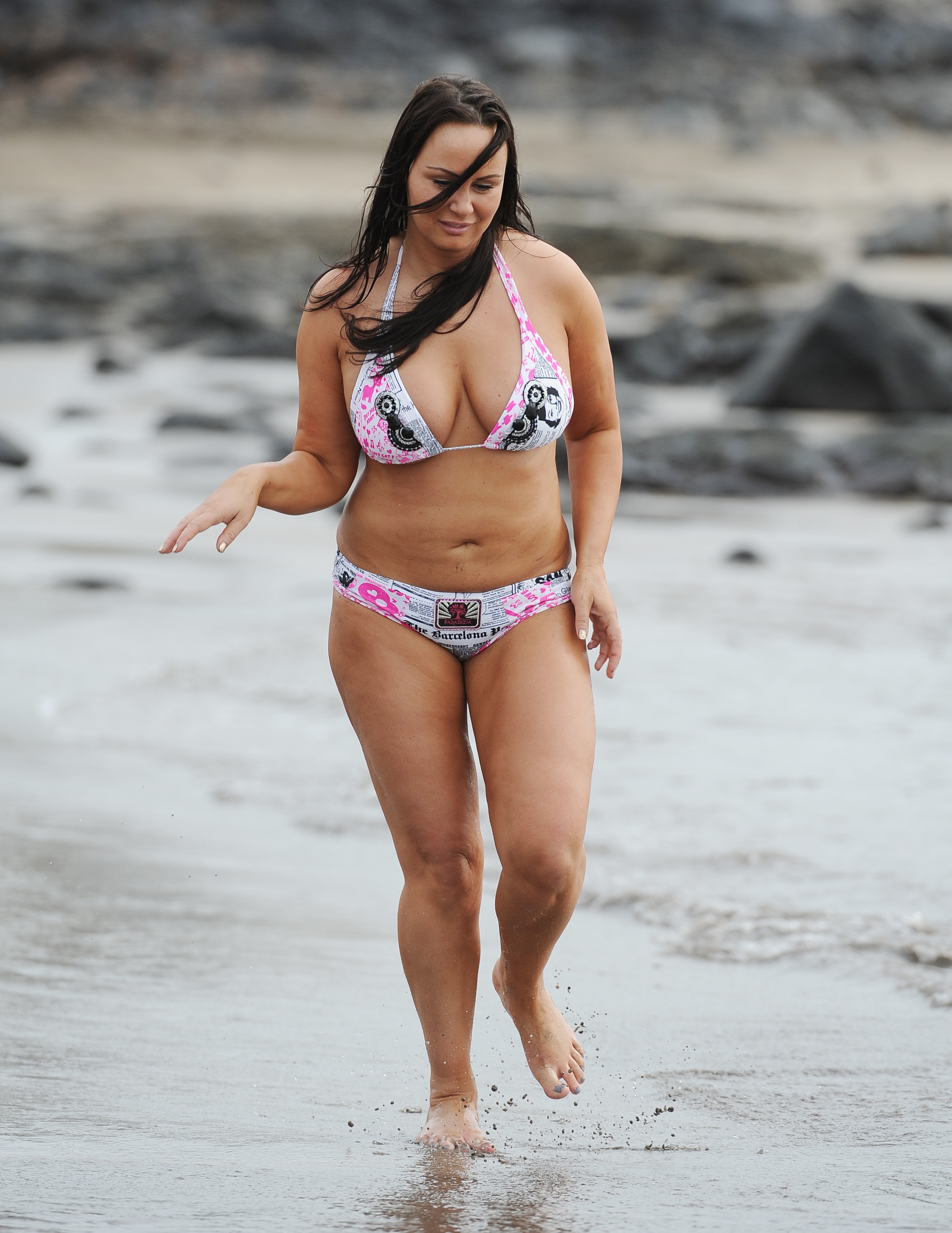 The reality star weighed 13 and a half stone in 2013Credit: Fame Flynet 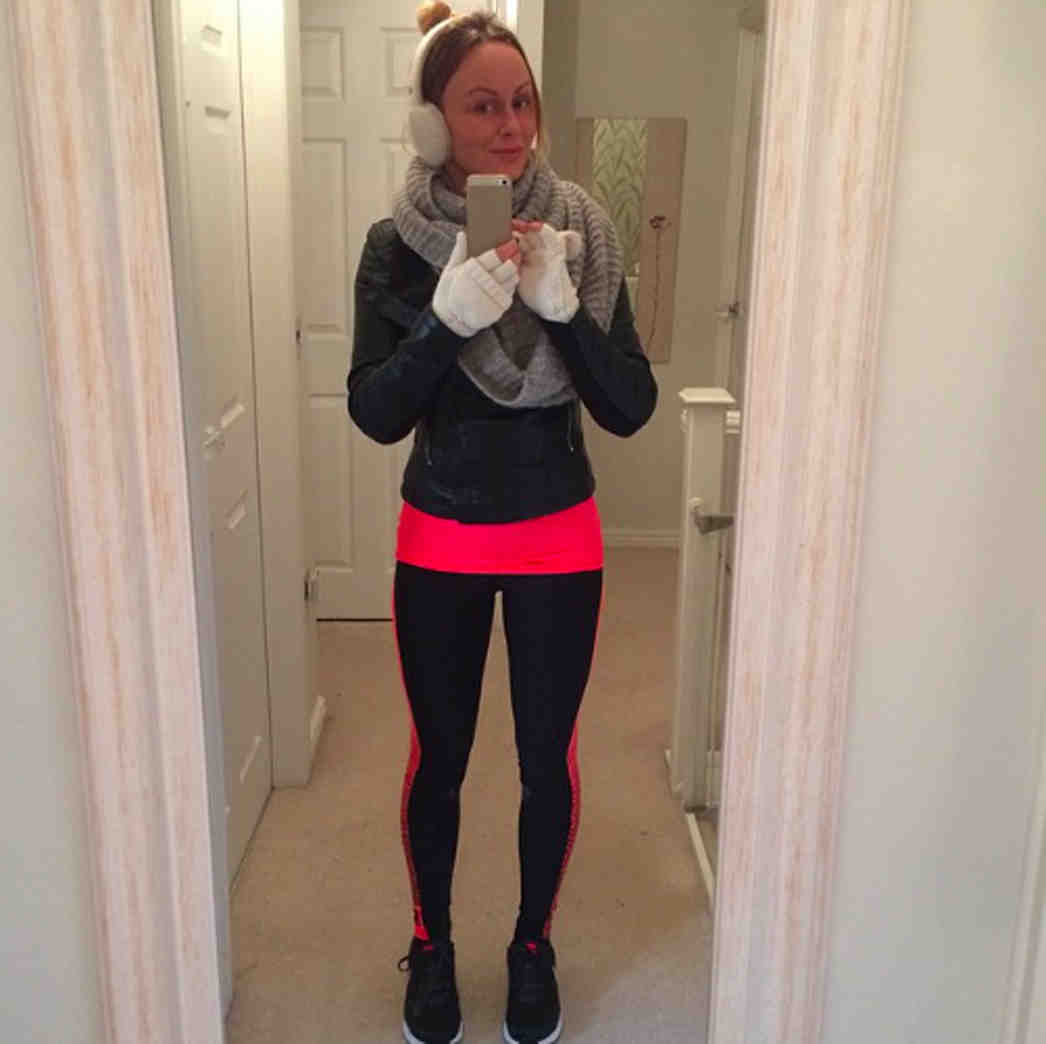 By 2014, Chanelle had dropped to 8stCredit: Eroteme