A brave and scary admission. Meghan Markle shared with her husband, Prince Harry, that she was considering suicide and wanting to seek professional help in January 2019. The duchess, 39, made the shocking revelation in a new interview on CBS on Sunday, March 7.

“I just didn’t see a solution. I would sit up at night, and I was just, like, I don’t understand how all of this is being churned out,” Meghan said of the British press tearing her apart. “I realized that it was all happening just because I was breathing. I was really ashamed to say it at the time and ashamed to have to admit it to Harry, especially, because I know how much loss he’s suffered. But I knew that if I didn’t say it, that I would do it. I just didn’t want to be alive anymore. And that was a very clear and real and frightening constant thought.” 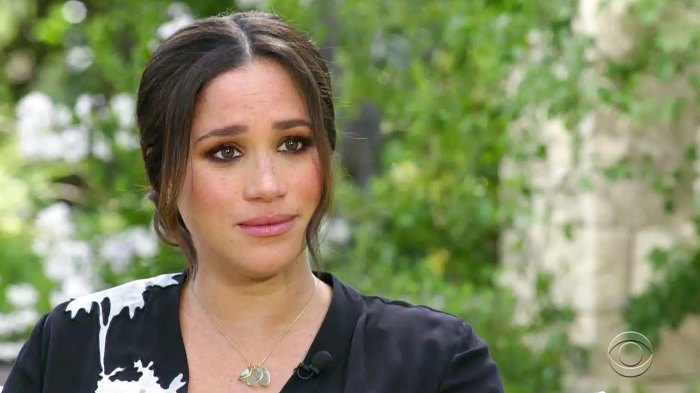 The former actress explained that her husband, 36, “cradled” her afterward. She then chose to go to “the institution” and tell them she needed help. He later added that he “went into a dark place as well” after hearing that.

“I said that I’ve never felt this way before, and I need to go somewhere. And I was told that I couldn’t, that it wouldn’t be good for the institution,” Meghan said. She also tried going to the palace’s HR department, but that didn’t work. “They said, ‘My heart goes out to you, but there’s nothing we can do to protect you because you’re not a paid employee of the institution.”

The next day, the couple had to attend the premiere of Cirque du Soleil’s Totem show at Royal Albert Hall in London — which her husband wasn’t sure she should go to. “I said, ‘I can’t be left alone,’” she recalled. 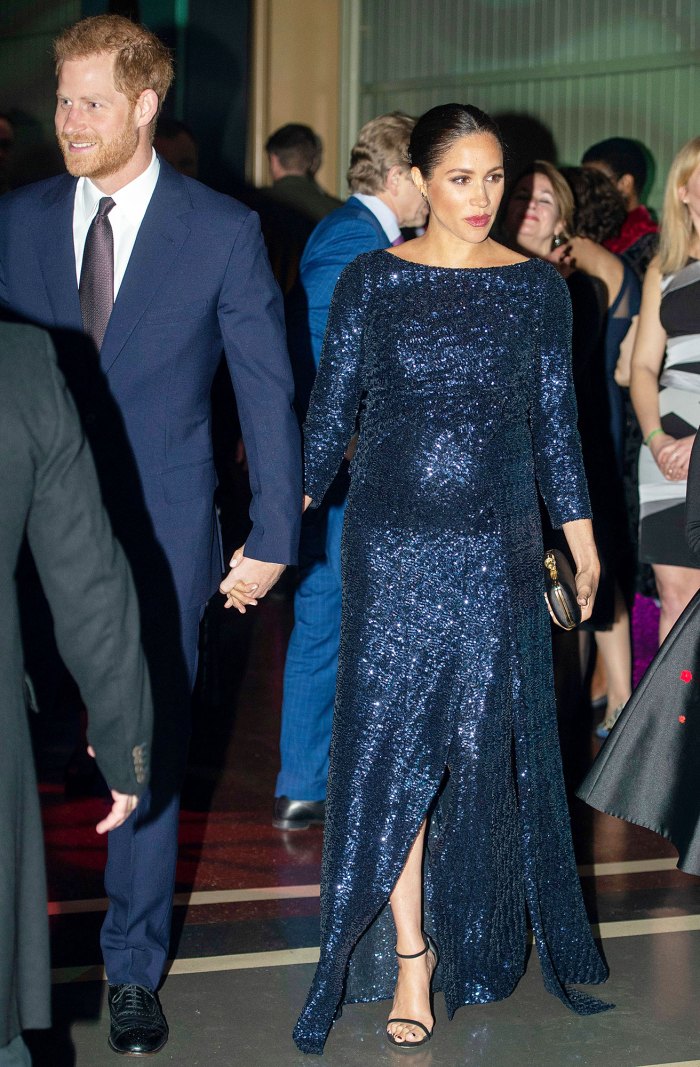 When seeing photos from the event, Meghan said she noticed “how tightly his knuckles are gripped around mine,” explaining that they were “both just trying to hold on” through everything and during the performance, she just sat there sobbing.

The couple, now expecting her second baby — a little girl — are finally in a good place. “I grieve a lot. I mean, I’ve lost my father. I lost a baby. I nearly lost my name. I mean, there’s the loss of identity. But I’m still standing, and my hope for people in the takeaway from this is to know that there’s another side,” she said. “To know that life is worth living.”