It takes two to tango! Lisa Vanderpump reflected on her Dancing With the Stars experience, revealing that she fell for her partner Gleb Savchenko’s charm.

“Gleb was gorgeous,” Vanderpump, 60, said on an October 2020 episode of “The Bellas” podcast, which resurfaced this week. “I did become very close to Gleb. I loved him.”

The Vanderpump Rules star, who competed on season 16 of the dance competition in 2013, added, “We had a little bit of an emotional affair in terms of having to connect and hold on to each other because it’s so scary … I adored him.”

The former Real Housewives of Beverly Hills star explained that after being “married for so long and not really engaging with any kind of physicality apart from your husband,” it made her time on the ABC series more thrilling. 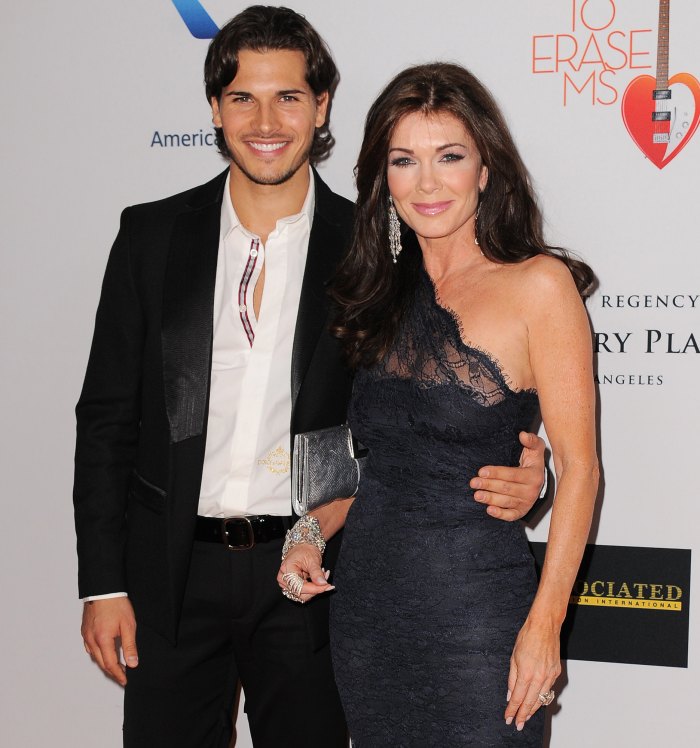 “When you’re thrown into Dancing With the Stars and suddenly somebody’s right in your face and you’re wrapping your legs around them … That was the best part,” she continued.

The SUR owner, who is married to Ken Todd, joked about how the sexiness of the moves on camera made her feel after more than 30 years with her husband.

“[Gleb] would say, ‘Do these backbends,’ and as you would do the backbends, he would hold your groin against his,” she recalled. “And I was thinking, ‘I haven’t had this much fun since my honeymoon!’ [Ken] would be like, ‘I see you. I see what you’re up to.’ He doesn’t put that much importance on me messing about and flirting.”

Vanderpump’s comments come amid Savchenko’s divorce from Elena Samodanova, whom he was married to for 14 years before announcing their split in November 2020.

The timing of the breakup caused some to think that Savchenko’s season 29 partner, Chrishell Stause, had something to do with the trouble in his marriage. After Samodanova, 36, claimed that her estranged husband, 37, was unfaithful, both stars denied being anything more than friends.

“I will not stand by and allow false accusations and internet rumors go unaddressed. My relationship with Chrishell was and remains strictly platonic,” the Russian dancer told Us Weekly in a statement at the time. “Our friendship during our season on DWTS was not the reason for our split. Elena and I have had longstanding issues in our marriage.”

A source, however, told Us that the dance partners “definitely had a flirty relationship.”

The Selling Sunset star, 39, moved on with DWTS pro Keo Motsepe in December, the same month that Savchenko went public with girlfriend Cassie Scerbo. Samodanova, who shares daughters Olivia, 10, and Zlata, 3, with the dancer, filed for divorce the same month.

“Cassie has been back and forth to Florida visiting family and Gleb has been spending time with his kids in Los Angeles,” a source told Us in January. “He’s also trying to make things more cordial with his soon-to-be ex-wife. His family is his focus right now and he’s handling things privately.”

Earlier this month, a source told Us that Savchenko and Scerbo, 30, have been “taking a break” amid his divorce, noting they haven’t split but are “spending time apart.”

Samodanova, for her part, is “moving forward” with the divorce, exclusively telling Us this month that she served her estranged husband with the final paperwork.

“As I’ve been saying all along, my only concern and focus right now is the happiness and safety of my daughters,” the choreographer said. “I wish Gleb and all his girlfriends well.”

Was Matt James on The Bachelorette?