Not so fast! Olivia Rodrigo revealed that she barely knows Sabrina Carpenter despite claims that she wrote her hit song “Drivers License” about her and Joshua Bassett.

“I actually don’t know her at all,” Rodrigo, 18, said during the Tuesday, March 2, episode of Radio.com Live! “I think we’ve met once or twice in passing, but I’ve never had a conversation with her.”

When asked whether the Bizaardvark alum would write a rebuttal song to Carpenter’s alleged clapback track, “Skin,” Rodrigo denied that any of her music was about the Girl Meets World alum, 21, and Bassett, 20. 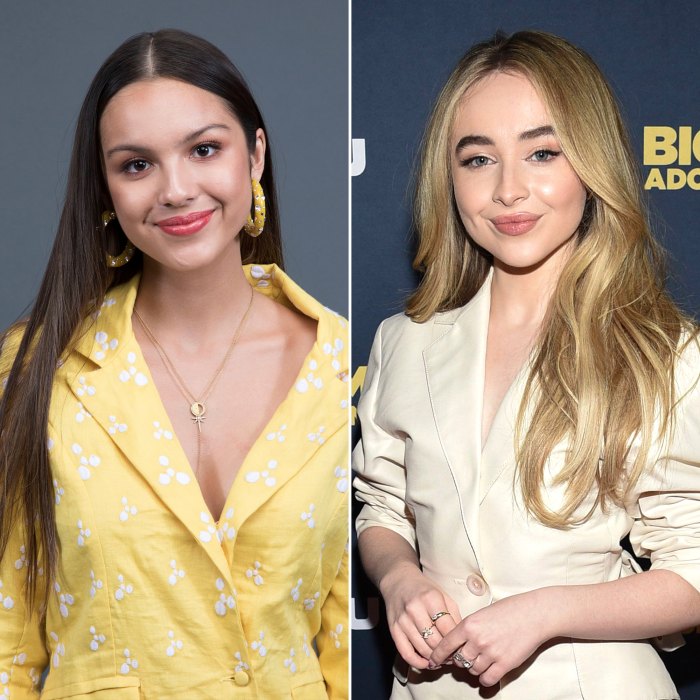 “I don’t think I could write a song that was meaningful or emotional about somebody that I don’t know,” she said. “I think artists should be able to write about whatever they want to write about.”

Rodrigo made headlines in January when fans speculated that she wrote “Drivers License” about Bassett, whom she stars alongside on Disney+’s High School Musical: The Musical – The Series, and is rumored to have dated.

Some listeners believed she threw shade at the “Lie, Lie, Lie” crooner and his current girlfriend Carpenter, who he’s been linked to since June 2020.

In the chart-topper, Rodrigo sings, “And you’re probably with that blonde girl / Who always made me doubt / She’s so much older than me / She’s everything I’m insecure about,” which some thought described Carpenter.

Bassett and the Work It actress have since released songs of their own, which some fans thought included lyrics dissing the Temecula, California, native.

Carpenter claimed that her track “isn’t calling out one single person” via an Instagram post the same month.

Bassett, for his part, dropped “Only a Matter of Time” on January 28, revealing he wrote it during the summer of 2020, which is when his alleged feud with Rodrigo began.

“It’s only a matter of time / An eye for an eye / You’ll go blind / And when did you stop being kind? / You twisted your words like a knife,” he sings in the chorus. “I’m sure that you’re hurting inside / Why would you make your pain mine? / Making me pay me for your crimes.”

As Rodrigo has continued to gain praise from celebrity fans, including Taylor Swift, for her song, Bassett revealed he hopes the drama associated with his costar doesn’t stop fans from supporting his and Carpenter’s upcoming duet.

“I didn’t want my EP to be overshadowed by some other narrative that people were trying to make,” the Stuck in the Middle alum told Billboard last month. “I really want the focus to be on the art instead of some of the talk and the chatter. You shouldn’t live to please everybody, but at the same time, there are ways to be sensitive to situations where maybe [the duet] has a better chance at a different time.”