Long-lasting effects. Demi Lovato opened up about her 2018 overdose, revealing she has suffered vision loss and more since the trauma.

“I was left with brain damage, and I still deal with the effects of that today,” Lovato, 28, said during a Television Critics Association panel on Wednesday, February 17, promoting her new docuseries, Dancing With the Devil. “I don’t drive a car because I have blind spots in my vision. I also, for a long time, had a really hard time reading. My vision was so blurry.”

The Grammy nominee dives deeper into her overdose and subsequent recovery in the upcoming YouTube Originals series, which dropped its trailer on Wednesday. In the teaser, she explained that she had “three strokes” and a heart attack after the incident. 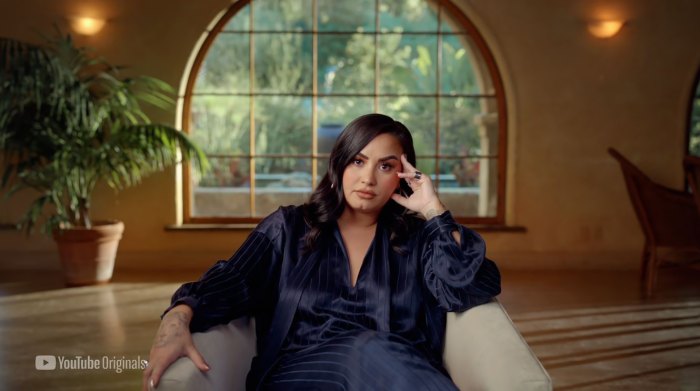 Those health scares resulted in her having difficulties reading and focusing two years later.

“You know I dealt with a lot of the repercussions,” she told reporters during the Wednesday panel. “And I feel like they kind of are still there to remind me of what could happen if I ever, you know, get into a dark place.”

The “Sorry Not Sorry” singer said she is “grateful” for those reminders, but also pointed out that she was lucky she “didn’t have to do a lot of rehab” physically.

She explained: “The rehabbing came from the emotional side and the therapeutic side, internally. And I did a lot of work after that.”

The former Disney Channel star revealed that despite the hard road she had to recovery following the drug overdose, she “wouldn’t change a thing” about what transpired.

“Everything had to happen in order for me to learn the lessons that I learned. It was a painful journey, and I look back and sometimes I get sad when I think of the pain that I had to endure to overcome what I have, but I don’t regret anything,” she said. “And I’m so proud of the person I am today. And I’m so proud that people get to see it in this documentary.”

Us Weekly confirmed in July 2018 that Lovato was rushed to a hospital in Los Angeles after overdosing. The news came one month after the singer confirmed that she had relapsed, breaking 6 years of sobriety.

Lovato was released from the hospital in August of that year and spent three months in rehab.

In the trailer for the docuseries, the Camp Rock actress revealed that her ability to survive the strokes and heart attack that followed her overdose brought a new perspective to her life.

“I’ve had a lot of lives, like my cat. You know, I’m on my ninth life,” she said in the teaser. “I’m ready to get back to doing what I love, which is making music.”

Lovato will also discuss her two-month engagement to Max Ehrich, which ended in September 2020, and where her sobriety journey stands now in the four-part series.

Games Inbox: How to buy a PS5 from Amazon