SHARON Osbourne is no stranger to causing controversy on the telly – but this is unquestionably the biggest of all.

The 68-year-old’s chat show The Talk has been pulled off the air temporarily following her heated on-screen row about defending Piers Morgan – which is just the latest in a string of controversies Osbourne has been at the heart of on the show. 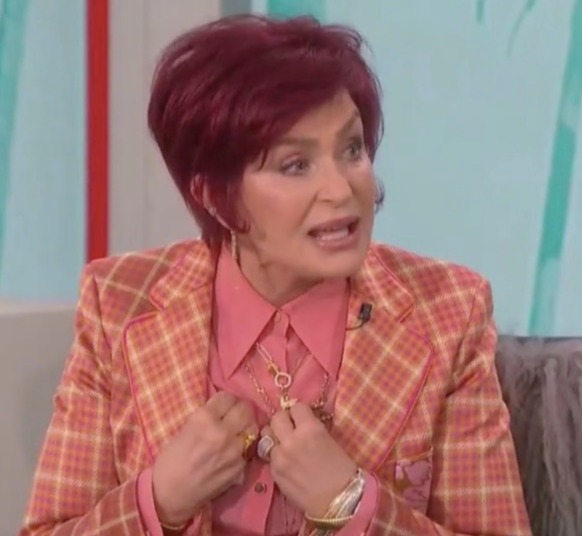 Sharon Osbourne tearfully argued her case on The Talk, which has since been taken off airCredit: CBS

This latest row began when she tweeted support for Morgan in his criticism of Meghan Markle, in which he said he “didn’t believe a word” of her explosive Oprah interview in which she revealed having suicidal thoughts.

Sheryl Underwood, one of The Talk’s hosts, took Osbourne to task over the tweet, saying it “gave validation” to Morgan’s “racist” views.

A heated exchange between the pair ensued – Osbourne has since apologised, and said she “panicked, felt blindsided [and] got defensive” when she felt she was being accused of racism.

But this isn’t the first time Osbourne has had to apologise following controversy on the show.

Even before this latest broadcast row, Osbourne had to apologise after an on-air incident in which she laughed about a man’s penis being cut off.

In 2011, Catherine Kieu drugged her husband and sliced off his genitals with a kitchen knife. 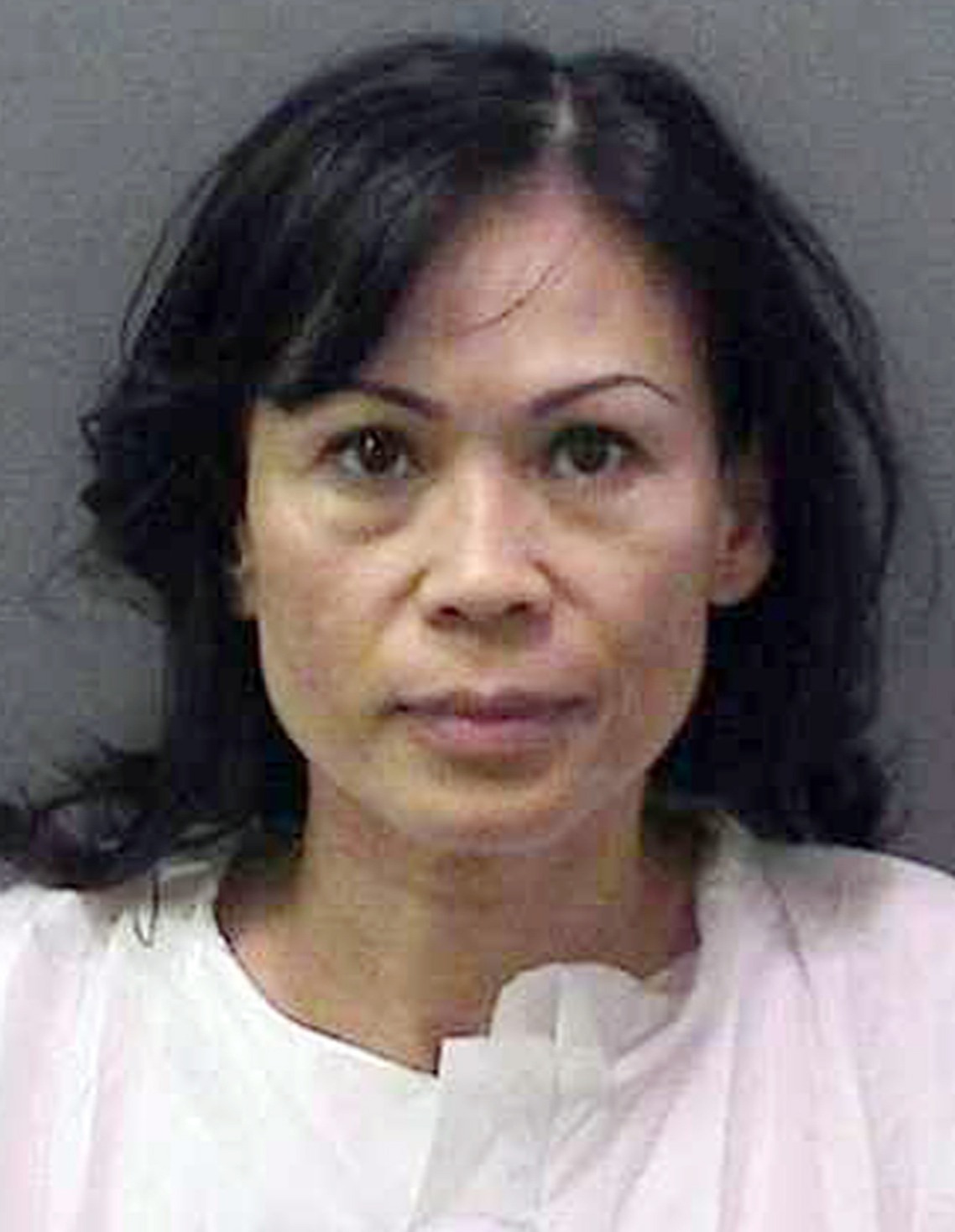 She then ground the penis up in a garbage disposal to prevent it being reattached.

At trial, the prosecution said Kieu was motivated by her husband having re-established a relationship with his ex-girlfriend, while her defence said she’d been sexually and emotionally abused.

“I don’t know the circumstances,” Osbourne said on The Talk in a discussion of the case, “However, I do think it’s quite fabulous.”

The comment was met with audience laughter – but her co-host Sara Gilbert argued that the attack, which Kieu’s husband survived, wasn’t funny. 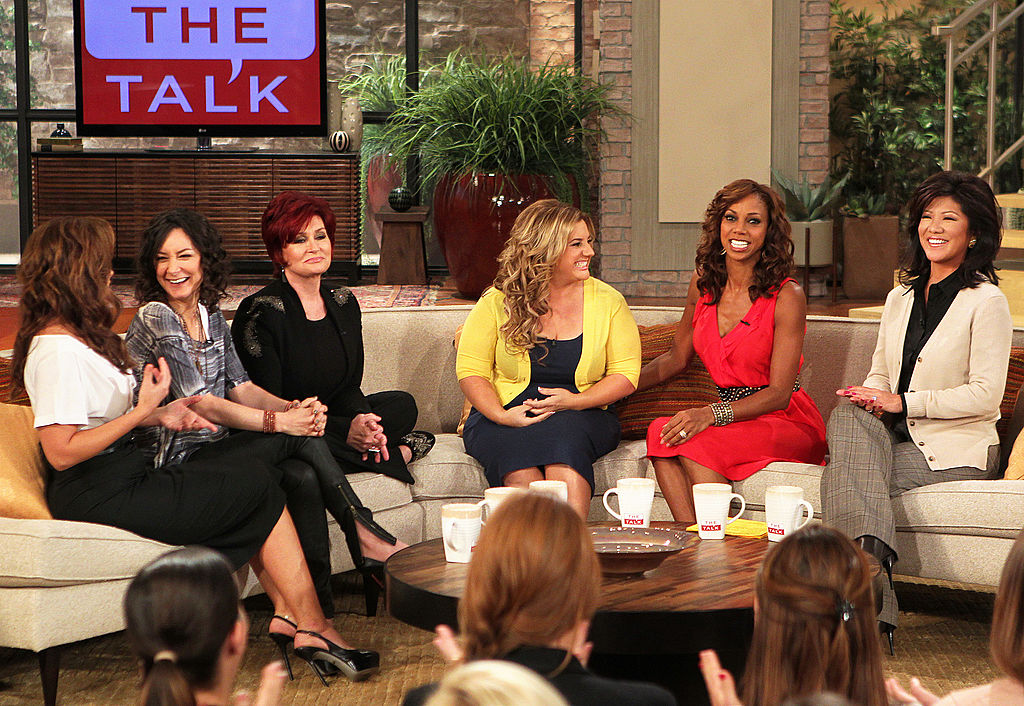 Osbourne apologised in a later episode for her comments about the Kieu caseCredit: Getty

“Not to be a total buzz kill but it is a little bit sexist,” Gilbert said.

“If somebody cut a woman’s breast off, nobody would be sitting laughing.”

Kieu was ultimately convicted of torture and aggravated mayhem in 2013 and jailed for life.

In more recent years, Osbourne’s on-screen plays for laughs have landed her in hot water.

During an appearance on Would I Lie To You in 2019, she caused uproar with an anecdote about sending an assistant into a house fire to rescue artworks and her dogs. 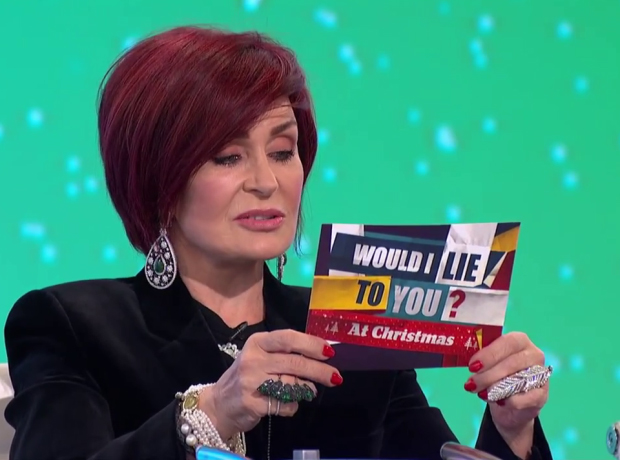 Osbourne’s Would I Lie To You appearance caused controversy with one of her ‘true’ storiesCredit: BBC

She also says when firefighters arrived with oxygen, she wouldn’t let the assistant have it.

“I took the mask and I put it on my dog,” Osbourne told the other panellists.

She added that she then sacked the assistant for being humourless about it.

“Ozzy and I were recounting everything, we were laughing and laughing, and [the assistant] said, ‘I don’t see what’s funny about any of this’,” Osbourne recalled. 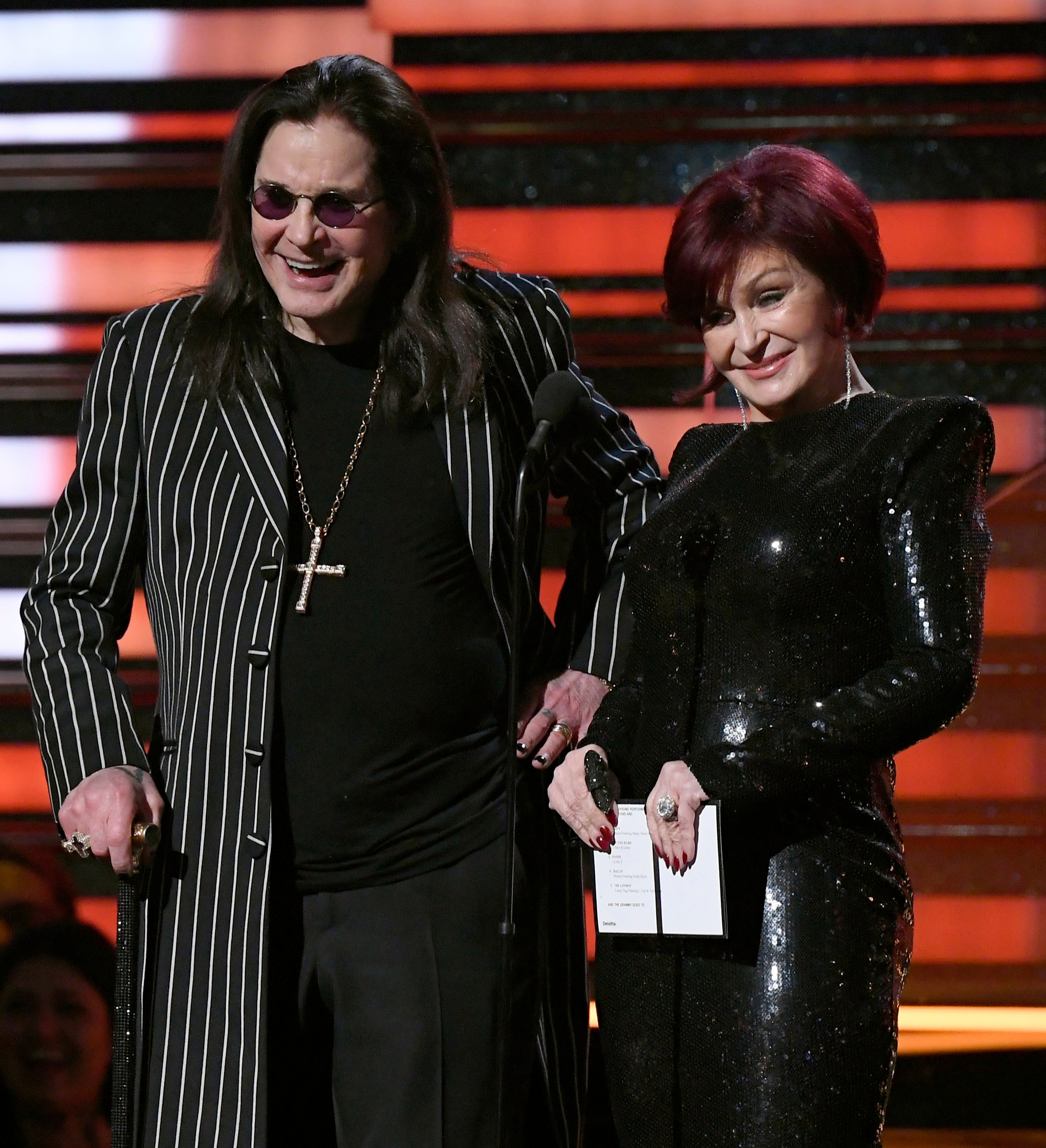 Osbourne later clarified she sent the assistant in because she was worried for Ozzy’s voice and she doesn’t ‘like fire’Credit: Getty

“He said: ‘I think I’m going to have damaged lungs.’ I mean, please.

“So then I just said, ‘If you don’t think that’s funny, do you think this is funny? You’re fired.'”

Osbourne presented the story as true on the show, which drew criticism from its viewers.

But she later said that she’d just jokingly embellished a true story for laughs.

I fired him about 15 years later

“‘I told a true story about a fire I had in my house, and I woke up my husband’s assistant,” she said on The Talk last year.

“He went in, he got the paintings out, and then, just be to precocious, I said at the end of this little thing I was doing, ‘Oh, and then I fired him.’

“It was a joke, because I was on a comedy show, and then it comes out in the papers, this man saved our paintings, then I fired him. Get off my back.

‘She had us fired’

In the wake of the latest row, an old scandal from the same TV show has resurfaced – where two colleagues accused her of asking for them to be sacked.

King of Queens star Leah Remini and 21 Jump Street actor Holly Robinson Peete were co-hosts alongside Osbourne on the first series of The Talk back in 2010. 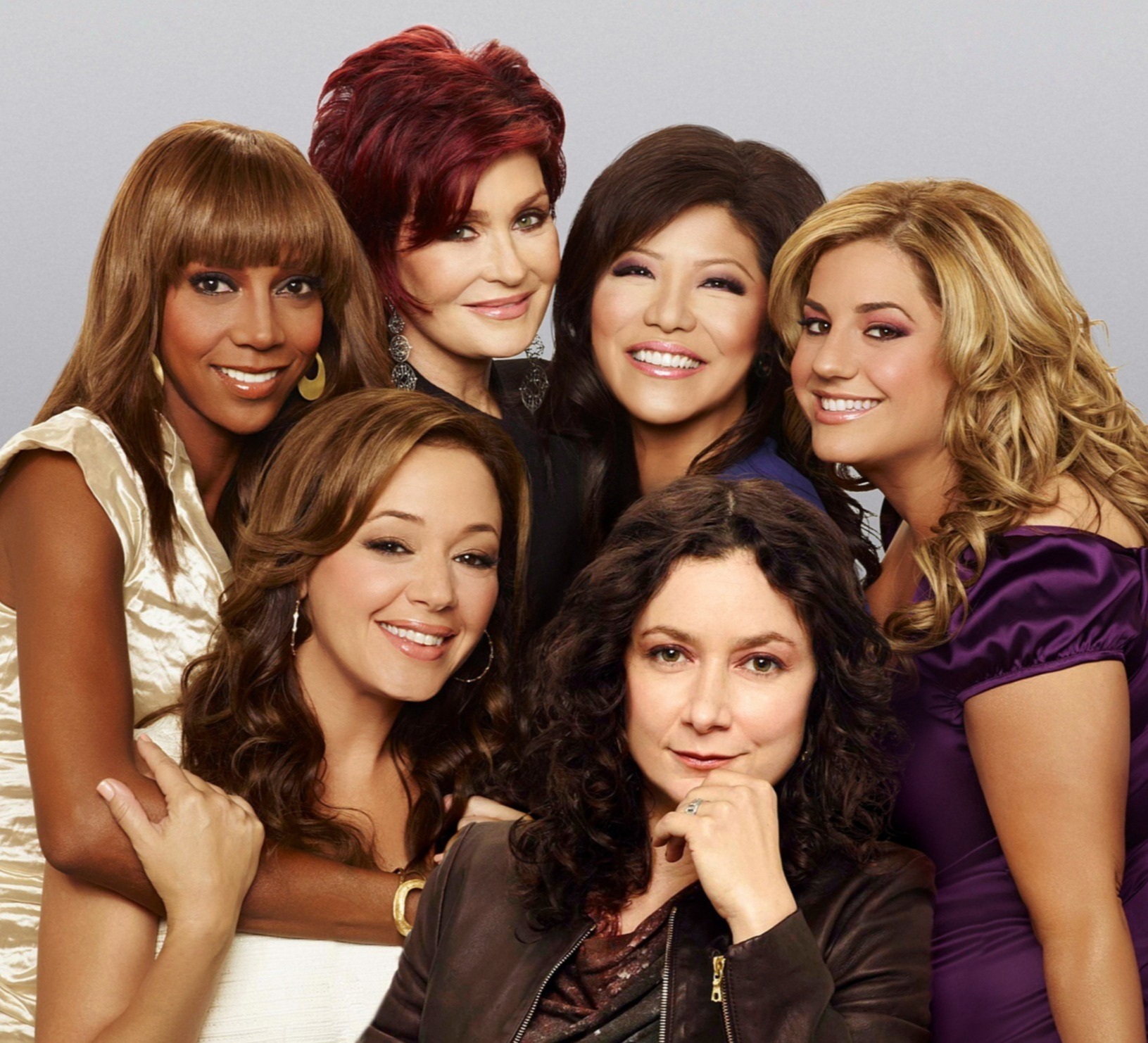 But the pair were released from their contracts in 2011 – and Remini later tweeted to accuse Osbourne of being the reason.

“Sharon thought me and Holly were ‘Ghetto”‘, […] not funny, awkward and didn’t know ourselves,” Remini told her followers in 2012.

“Haters Gon’ Hate. True. But, Haters have the balls to say they ‘Hate’…not call themselves your friend.

“She had us fired all the while calling me and Holly her friend. heartbreaking.” 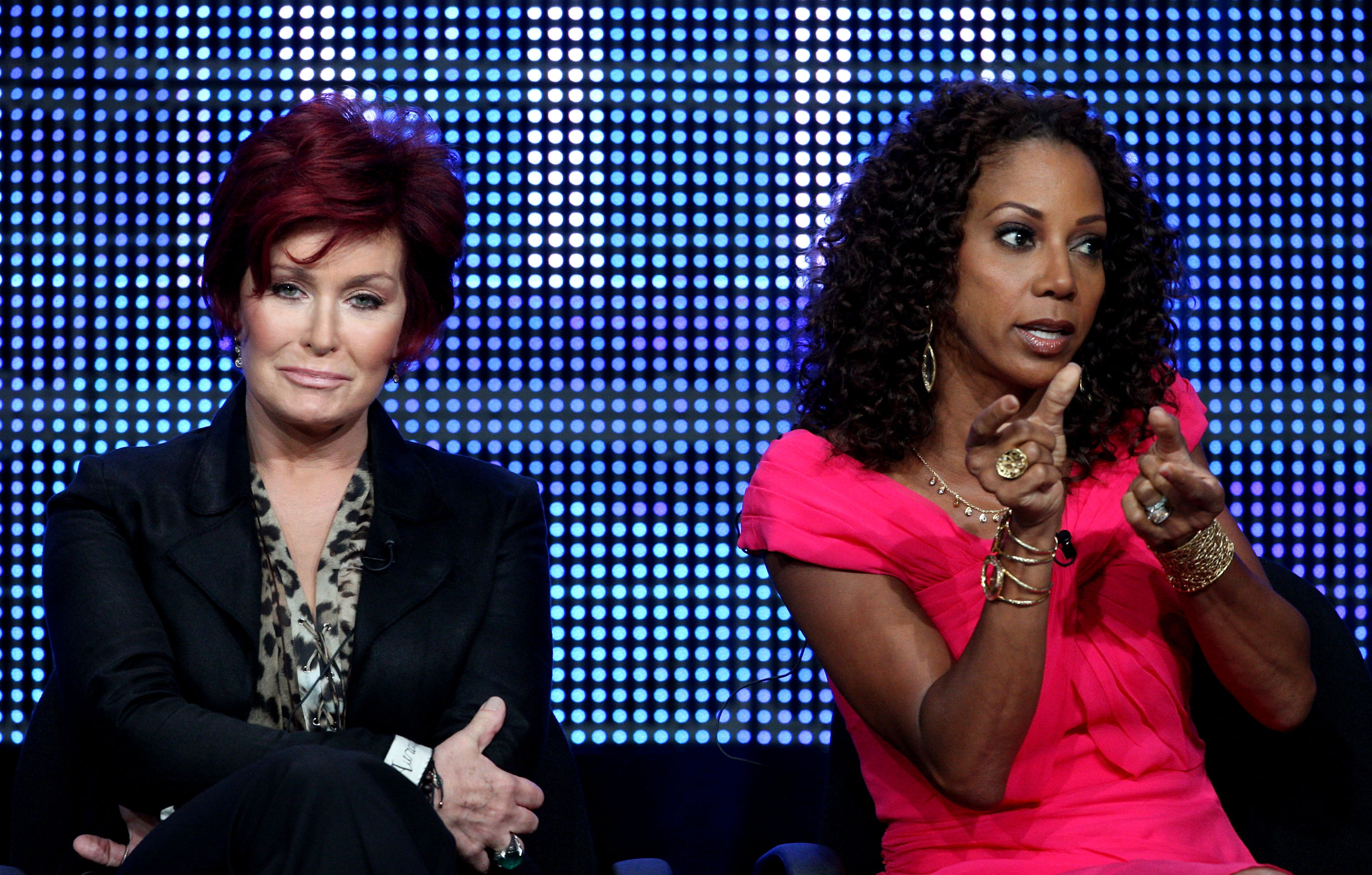 Osbourne hit back, denying that she’d had anything to do with their dismissal from the show.

“I had absolutely nothing to do with her departure from the show and have no idea why she continues to take to Twitter to spread this false gossip,” Osbourne tweeted about Remini’s accusations.

But the accusations have come back into focus following the recent row.

“I’m old enough to remember when Sharon complained that I was too “ghetto” for The Talk… then I was gone,” Robinson Peete tweeted on Friday. 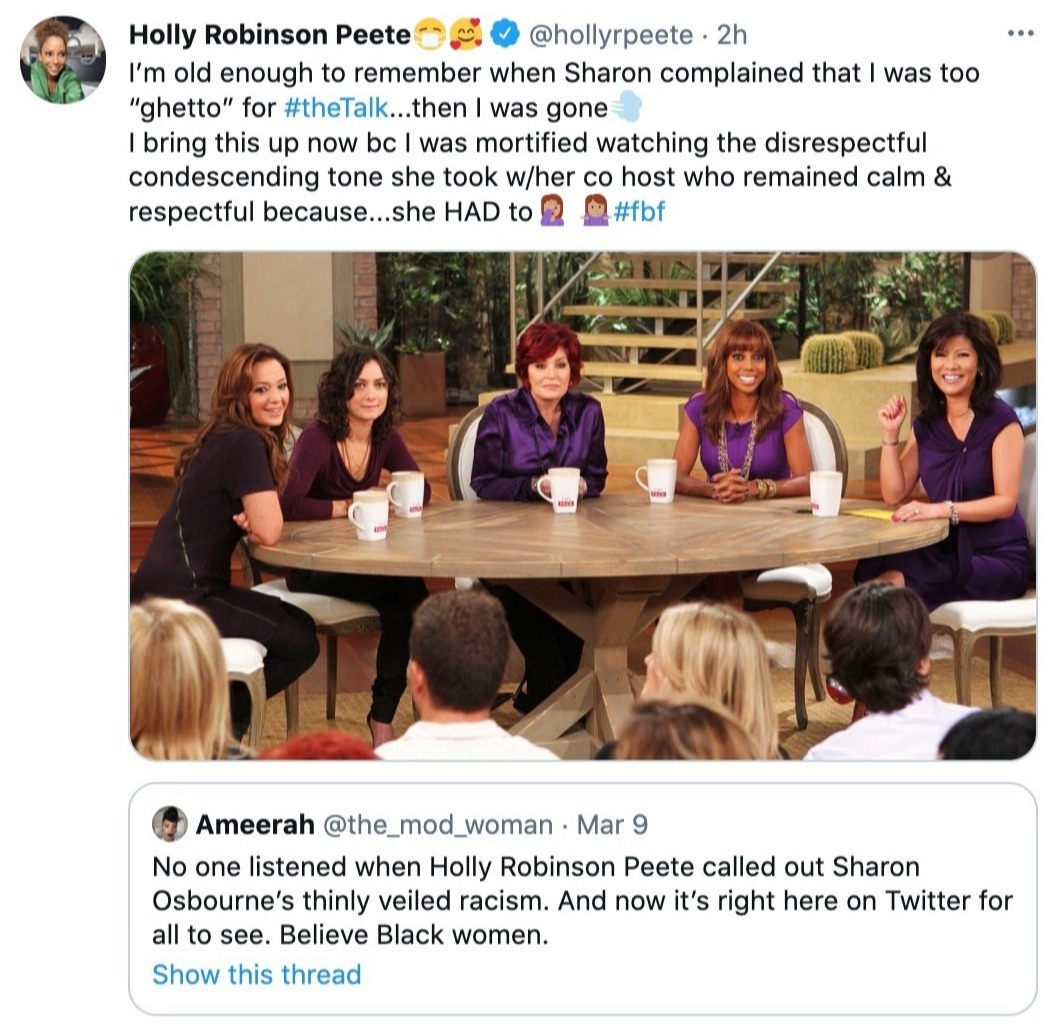 Peete commented on the ‘ghetto’ row again in the wake of Osbourne’s on-screen argument with UnderwoodCredit: Twitter

“I bring this up now [because] I was mortified watching the disrespectful condescending tone she took [with] her co host who remained calm & respectful because…she HAD to.”

Osbourne has renewed her denial, writing on Instagram that she “never once uttered those words” that Robinson Peete is referring to.

PS5 gets first UK number one with Spider-Man: Miles Morales