Keeping his legacy alive. The 2021 British Academy of Film and Television Arts ceremony honored its first-ever president, Prince Philip, after his death at age 99.

“Tonight we want to say on behalf of BAFTA that we are extremely saddened by the passing of His Royal Highness Prince Philip, Duke of Edinburgh, on Friday,” host Clara Amfo said during night one of the two-part ceremony on Saturday, April 10. “The Duke was BAFTA’s very first president over 60 years ago and was the first in a line of royal patronages all the way through to BAFTA’s current president, his grandson, the Duke of Cambridge.” 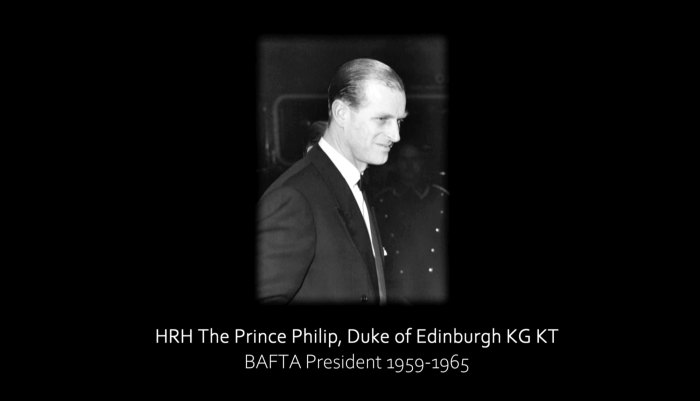 Prince Philip during an in memoriam at The 74th British Academy Film Awards at Royal Albert Hall on April 11, 2021 in London, England. Shutterstock for BAFTA

Amfo, 36, added: “It was Prince Philip and Her Majesty the Queen’s support throughout these years that in many ways allowed BAFTA, a leading charity in the arts, to continue in difficult times and to be here today in 2021 celebrating another outstanding year of achievement in film. The Duke of Edinburgh occupies a very special place in BAFTA history. He will be missed. Our thoughts are with the royal family.”

Philip was the BAFTA president from 1959 to 1965, with other royals following in his footsteps, including his grandson Prince William.

William, 38, was set to appear via video to deliver a speech at the 74th Annual BAFTAs ceremony, but he canceled his appearance following Philip’s death.

The Duke of Cambridge posted a statement honoring his late relative on Monday, April 12.

“My grandfather’s century of life was defined by service — to his country and Commonwealth, to his wife and Queen, and to our family,” he wrote via the Kensington Royal Instagram account three days after Philip’s death. “I feel lucky to have not just had his example to guide me, but his enduring presence well into my own adult life — both through good times and the hardest days.”

William’s brother, Prince Harry, also spoke about his grandfather’s passing after the news was announced on Friday. “You will be greatly missed,” Harry, 36, and his wife, Meghan Markle, wrote on their Archewell website. 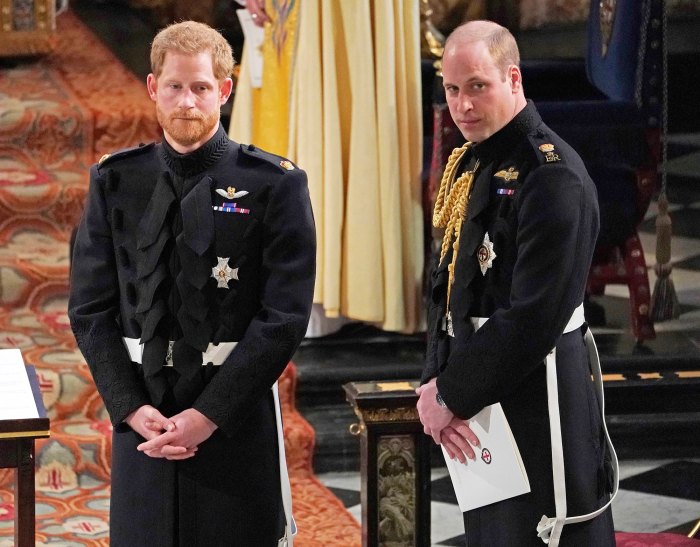 William’s brother, Prince Harry, also spoke about his grandfather’s passing after the news was announced on Friday. “You will be greatly missed,” Harry, 36, and his wife, Meghan Markle, wrote on their Archewell website.

A second source told Us that Harry was feeling “guilty” that he didn’t get the chance to say goodbye to his grandfather, so it was important for the Duke of Sussex to “return home to honor his grandfather, who he had a close bond with.”

It was confirmed on Monday that Harry had arrived back in the U.K. but that Meghan, 39, who is currently pregnant with the couple’s second child, stayed home due to physician’s orders.

“She is too far along to fly and it’s recommended she rest in the final months,” a second insider noted to Us.

Prince Phillip will not have a state funeral because of COVID-19 precautions. Instead, he will be honored in a military-style event followed by a private burial.

With the country under lockdown until June, a source told Us that the royal family is following pandemic protocol. “They do not want his death to have a negative impact on the U.K.’s pandemic protocols,” an insider revealed.