“I love Elliot, I’ve known him since he was 12,” the 72-year-old American Idol judge told Access Hollywood on Tuesday, April 26, adding that the newly engaged couple are “so happy” together. “It was one of those things where I don’t have to go back and check out the kid. I know who it is.”

The record producer said he felt comfortable with the proposal, explaining, “As a papa and as a dad, you know, that’s my little girl, so she is in good hands.”

Grainge, 28, wasn’t as confident when asking for Lionel’s permission before the proposal, however. “He was a nervous wreck,” the “Hello” crooner recalled. “Poor guy. I thought he was going to pass out.” 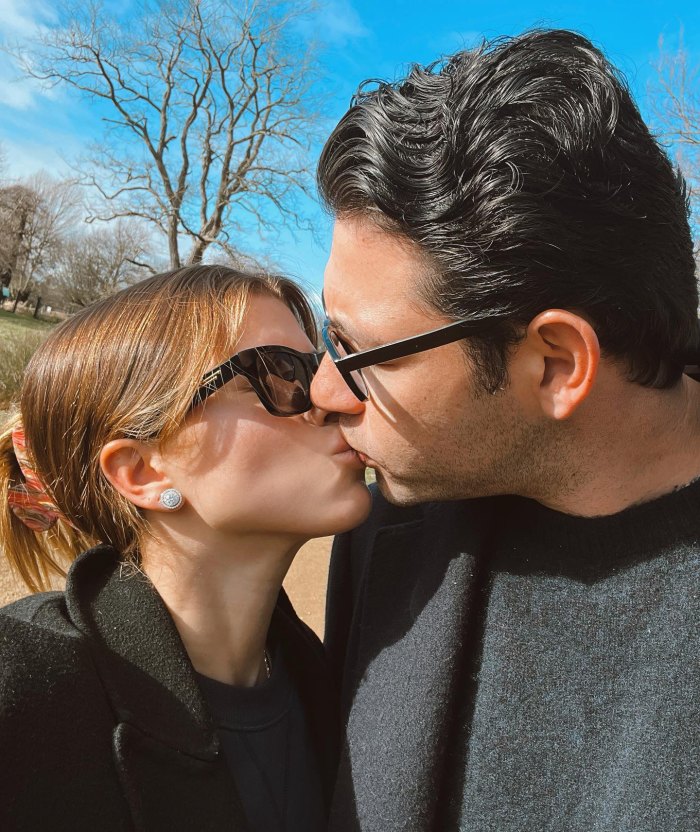 The model, 23, announced via Instagram earlier this month that Grainge had gotten down on one knee after more than one year of dating. “Forever isn’t long enough @elliot,” she gushed on April 20 alongside a pair of photos from the special moment.

The couple were first linked in January 2021 following Sofia’s flings with Gil Ofer and Matthew Morton. She previously dated Scott Disick from 2017 to May 2020 — when the duo briefly split, only to reconcile two months later. The California native and the Talentless cofounder, 38, called it quits for good that August.

“Sofia’s family think she is way better off without him. They have been advising her to do her own thing, especially during the [coronavirus] quarantine,” a source exclusively told Us Weekly after the breakup. “She has been separating herself from the equation and it has been the healthy thing for her and her family. … Sofia is a family girl and knowing her sister and dad haven’t approved of him from the beginning has been a big thing for her.”

A second insider previously noted that Lionel and Nicole Richie were “wary” of Sofia’s romance with the Keeping Up With the Kardashians alum — and their opinions “played a big role in [Sofia’s] issues” with Disick.

“Nicole and Sofia have been spending more time together since Sofia started spending less time with Scott,” the source said in May 2020, adding that the 40-year-old fashion designer “has always been a rock for Sofia” and wanted “the best and healthiest outcome” for her younger sibling.

The Grammy winner, for his part, was outspoken about his reservations when it came to Sofia’s love life. “It’s just a phase and I’m going to stand real still in the corner, get me a good drink and not make too much noise,” Lionel told the Daily Mail in February 2018 when asked about his daughter’s relationship with Disick. “She’s 19. When you’re 19, you know everything.”