Keeping herself busy! Clare Crawley has plenty to smile about following her split from Dale Moss. On Thursday, January 28, the former Bachelorette, 39, shared a list on her Instagram Story titled, “Things that are bringing me happiness right now.”

The list included watching funny animal videos, visiting her mother and working on “a new project,” to which she added, “I can’t wait to share it with you guys!” The Bachelor in Paradise alum also said that she’s spent time furniture shopping, planning trips for after the coronavirus pandemic and talking to friends who are reaching out.

In the Story, the reality star is wearing an orange tank top and sweatpants — something she pointed out. “Yes I’m still in sweats though,” she wrote at the bottom of the pic. 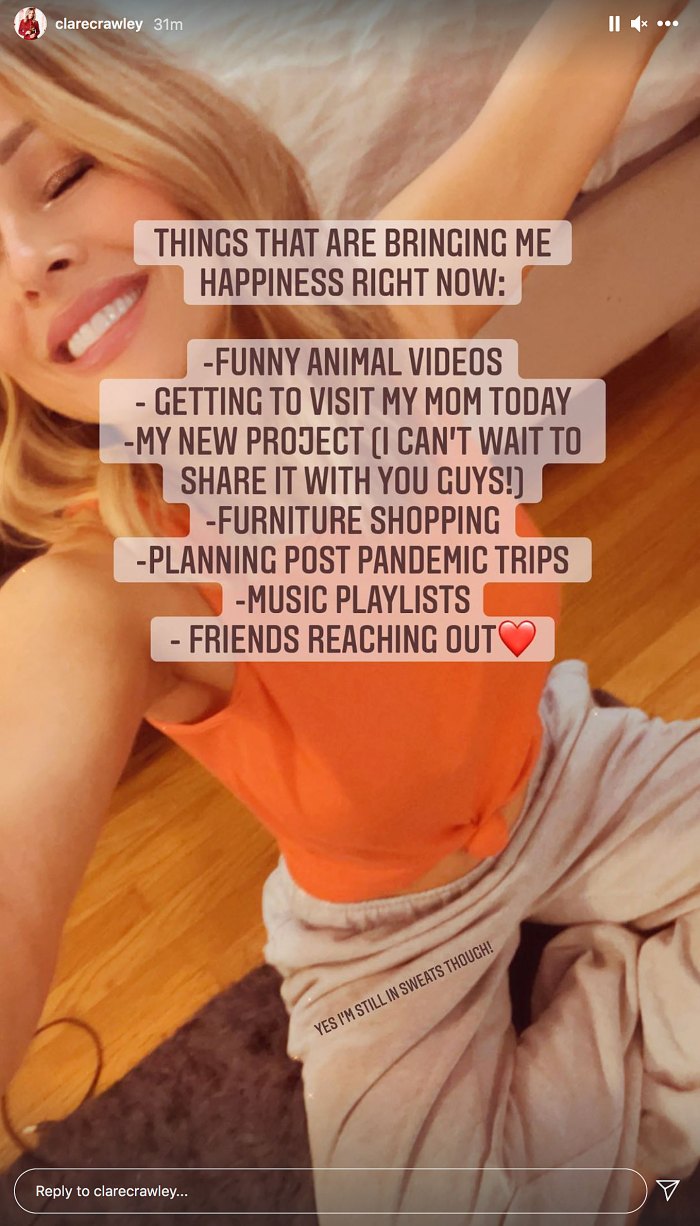 The photo comes just one day after the former Bachelorette went on a getaway with her sister, despite wanting to stay home. “Right now, my sister and I are going up to the snow for a little bit. It’s easier for me to want to stay in sweats right now and stay home, but no,” she said via Instagram Stories on Wednesday, January 27. “[I’m] fighting it, getting some fresh air and hopefully I don’t regret it!”

On January 19, Us Weekly confirmed that Crawley and Moss, 32, who got engaged only two weeks after meeting on The Bachelorette in July 2020, called off their engagement. He later confirmed the split in a now-deleted Instagram post. Crawley, for her part, also shared the split news days later, noting that she was “crushed” by the breakup. 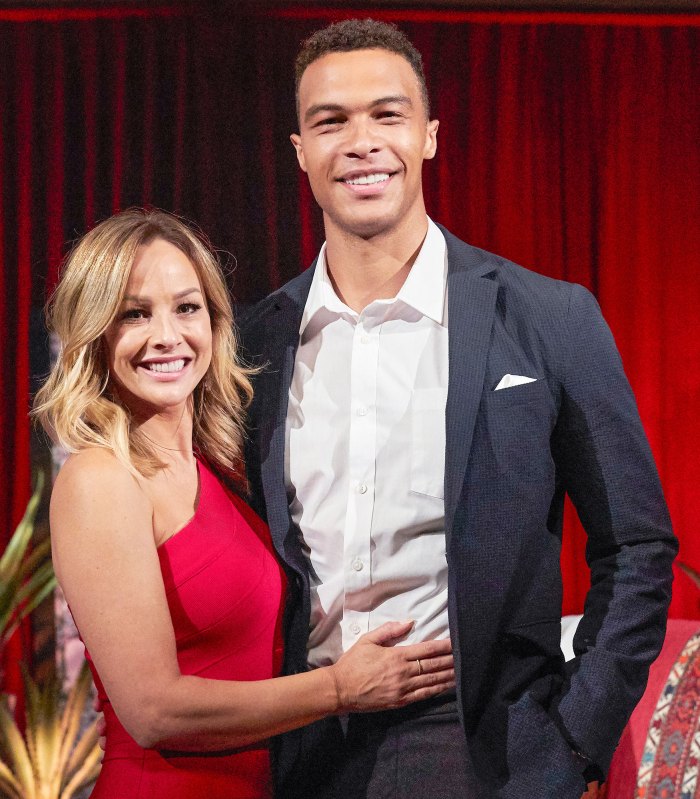 Clare Crawley and Dale Moss on ‘The Bachelorette’ ABC/Craig Sjodi

“Our relationship was not perfect, but I can say that I was genuinely invested with all of my heart,” the hairstylist wrote via Instagram at the time. “I may not have the answers, but I do know this — I will continue to show up, stand by my word and be committed to love. XO Clare.”

The model also has been leaning on family amid the split, spending a week with his sister who surprised him in New York City after the breakup. On Wednesday, Moss shared via his Instagram Story that he needed to get out of the city and fled to Sarasota, Florida. “Next to South Dakota, this is the closest place to home for me,” he said on his social media account. “The tail-end, the last quarter of the year, was a f–king beast.”