IT’S not uncommon to scroll Instagram these days and see nothing but perfectly posed bodies with taught abs and lean legs.

But as it turns out, the secret to “losing 7lbs in ten seconds” is all in how you pose – with Geordie’ Shore’s Holly Hagan admitting she’s guilty as charged. 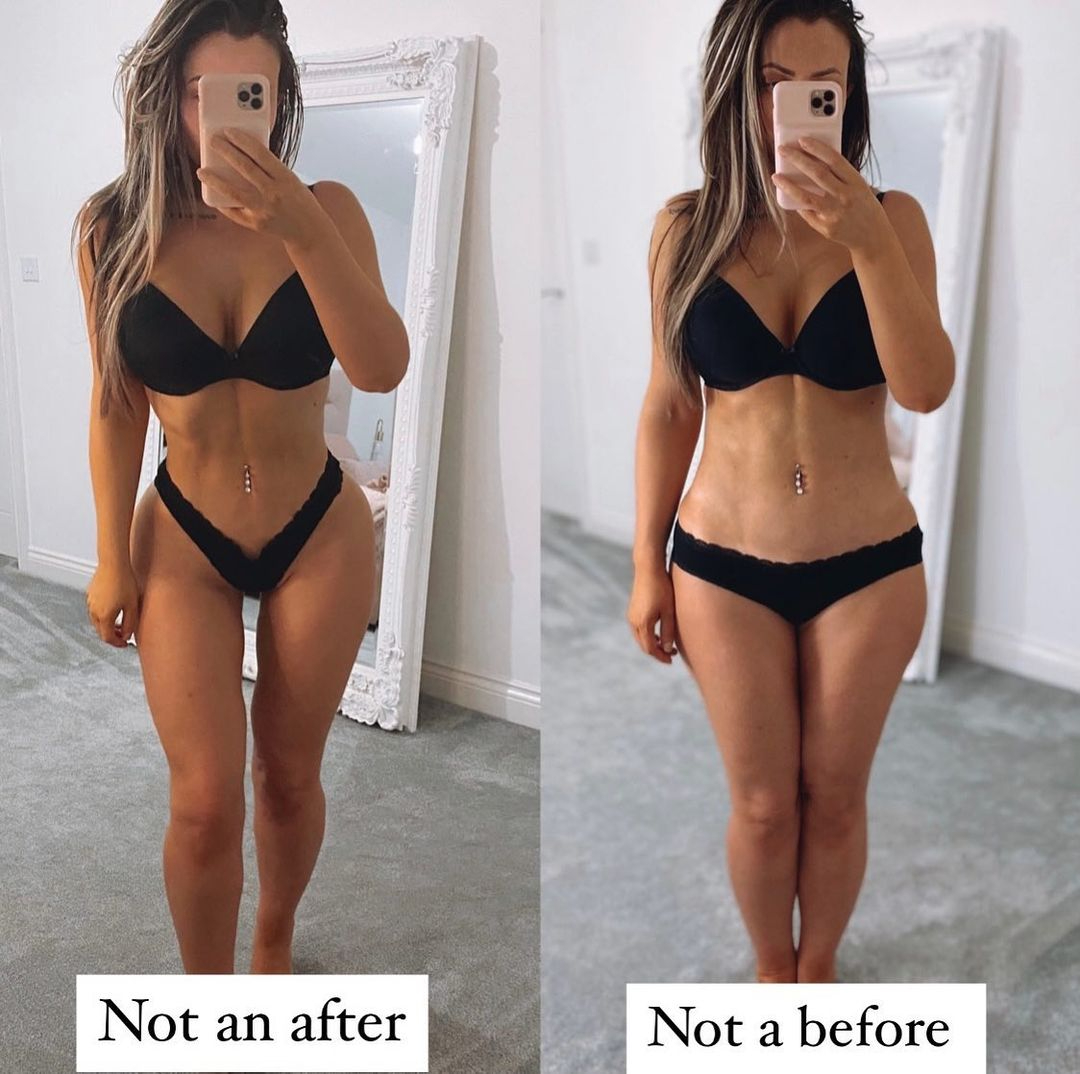 Holly Hagan, 28, revealed strategic poses are the secret behind the perfect Instagram shots and posted a photo showing the differenceCredit: Instagram

The former reality star, 28, is no stranger to posting a bikini clad snap, with her peachy posterior and tiny waist on show for the world to see.

She posted a side-by-side snap of herself and explained how angles can completely change someone’s figure.

Taking her fans behind the scenes, Holly posed as many stars often would showing off her lean figure in a black bra and panties set. 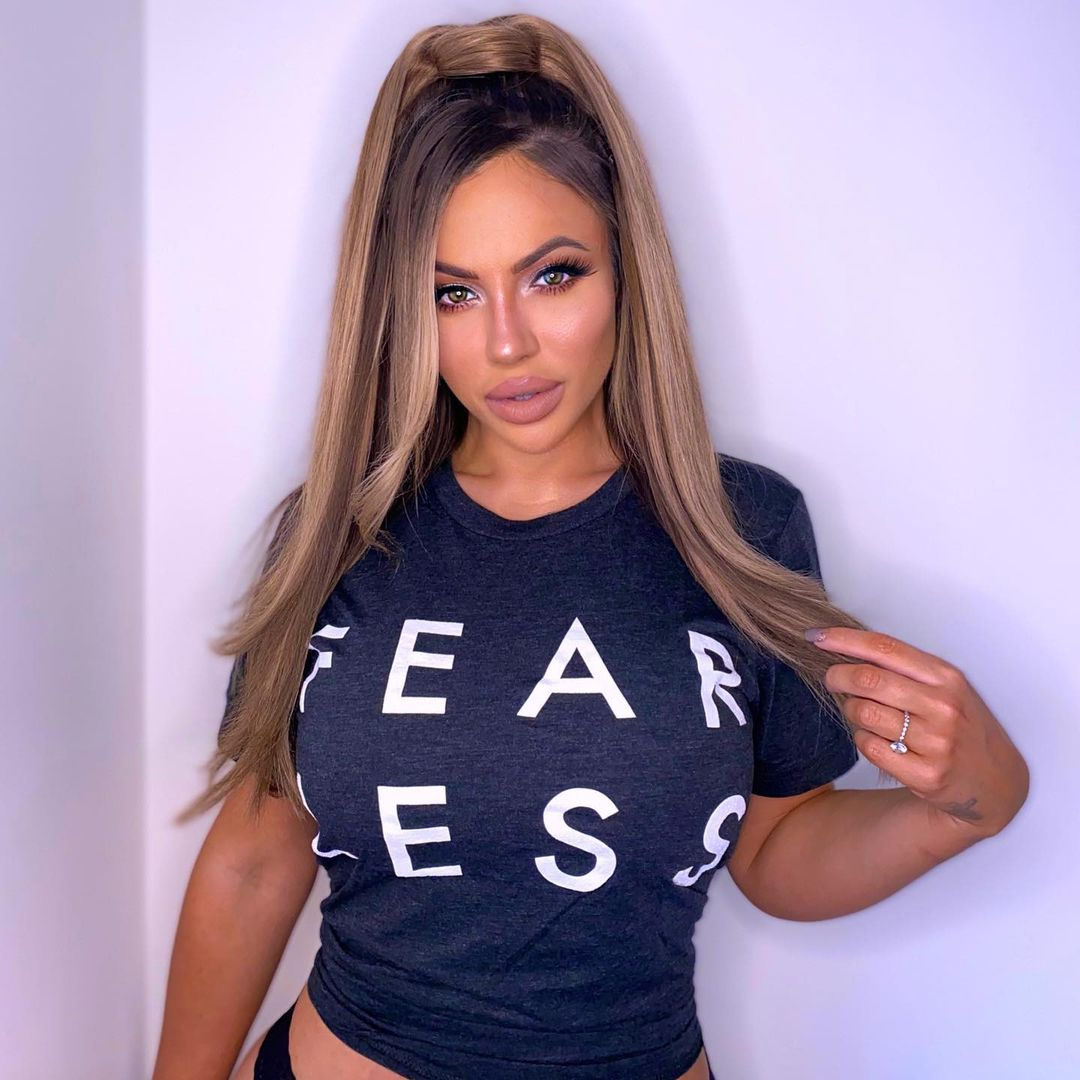 The former reality star is no stranger to sharing her life onlineCredit: Instagram

But unbeknown to many, that shot is a result of strategic angles, perfect knicker placement and even awkward body positions – which Holly quickly proved.

The photo showed how deceiving angles can be, as she stood with her hips back and high-cut knickers which create the illusion of a smaller waist and curves – as well as longer legs.

She compared that to a shot taken at the same time, in the same lighting, wearing the exact same thing, although this time, she was standing in a much more comfortable and natural position.

The difference is stark, with her figure – although both incredible – looking completely different in both.

Captioning the post, she joked: “HOW TO LOSE 7LB IN 10 SECONDS! LOL just kidding.” 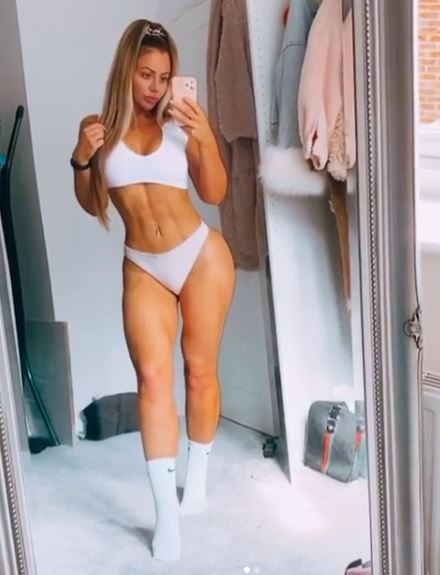 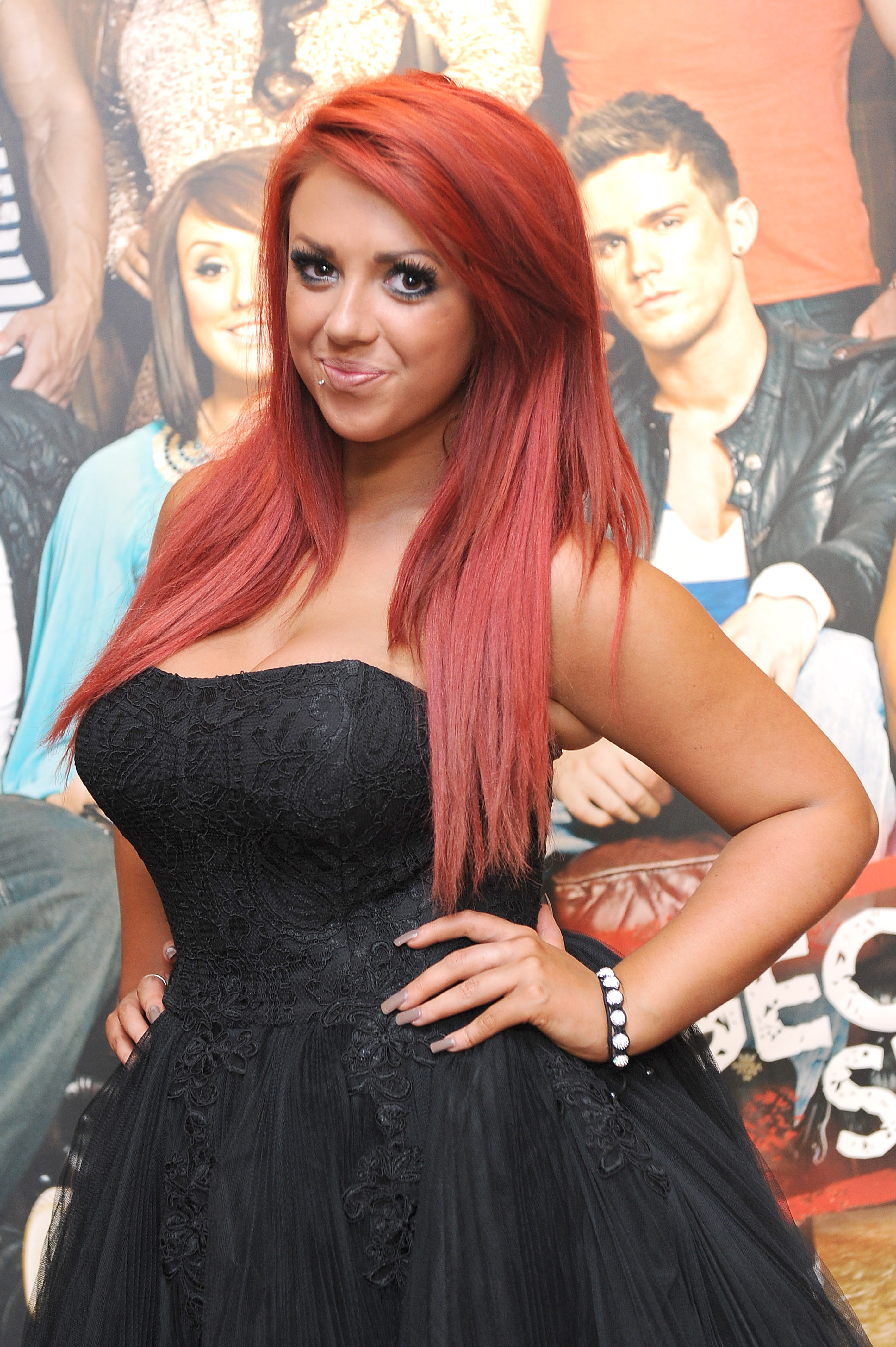 Holly shot to fame when she appeared on Geordie Shore in 2011Credit: Rex Features

“The left is me posed breathing in, hips tilted back and of course my knickers pulled as high as possible!” Holly wrote.

“The right is me relaxed, hips tilted forward and knickers in a more comfortable position.”

“Not an after” and “not a before” was written underneath each of the images as she revealed it was all about the camera angle and posing.

Holly continued by admitting she aims to be more transparent on Instagram, as she’s had a hard time recently as she’s not been feeling “insta ready”.

She continued: “This year I promised to try to be more transparent with my photos and content. I only EVER show posed pics. And tbh I haven’t enjoyed Instagram for a long time because I’m never ‘insta ready’. 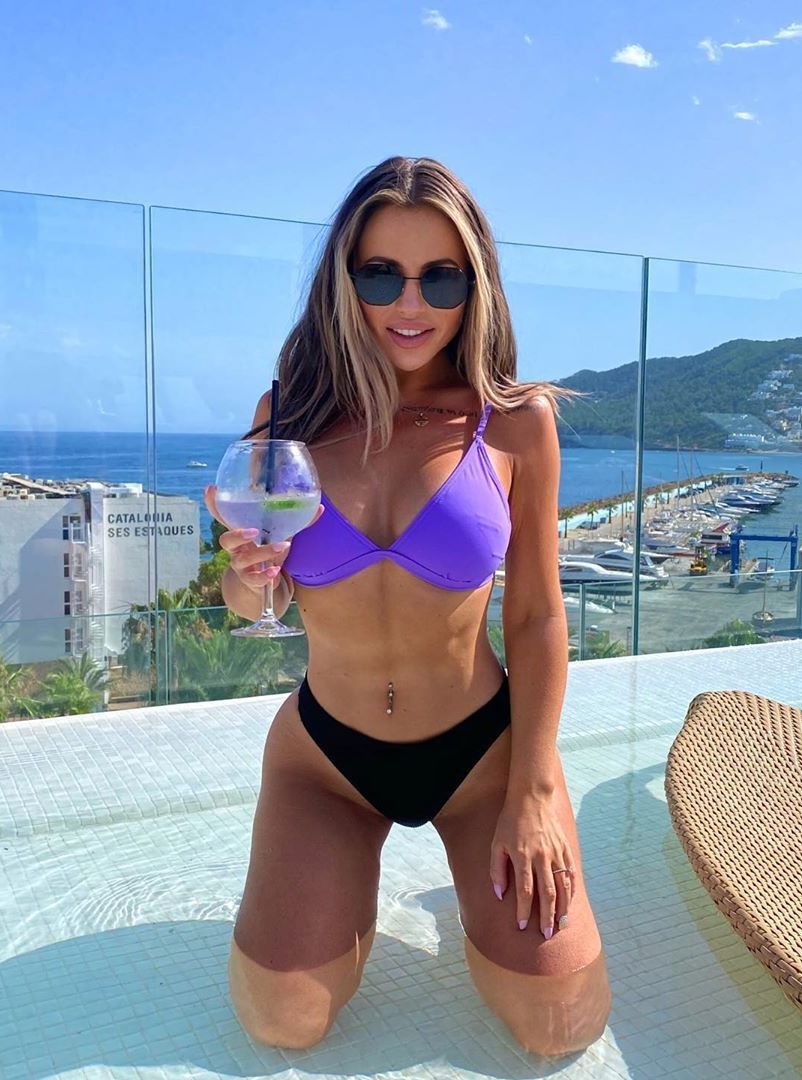 The star admitted she wants to be “more real” with her followers this yearCredit: hollygshore/Instagram

“I love insta stories, I love Q&As I love giving content that either helps someone or means something. So I really need to bring that to the grid but I’d never had the confidence.”

Like many who use the platform, Holly added she was sucked into the perfect world of Instagram and was afraid to be herself – particularly since being called “the fat one” from Geordie Shore back in her partying days.

The star confessed: “I just wanted people to see me looking my best 100% of the time after fighting for years to not be ‘the fat one’ you’re kinda scared to look anything other than your best. 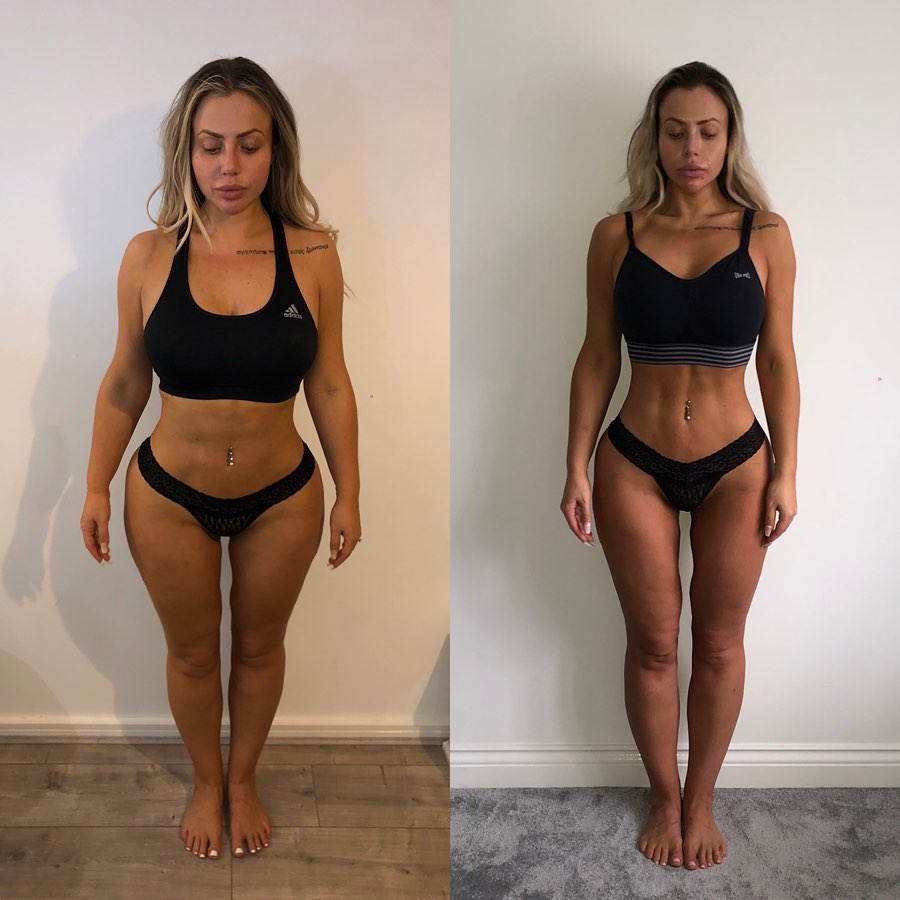 “But nobody looks how they do on Instagram all of the time. We can’t pose breath in tilt hips 24 hours a day. So when you see someone on insta who you’re envious of remember it’s all smoke and mirrors.”

Holly shot to fame when she joined MTV’s Geordie Shore in 2011, and she’s been battling with her appearance since.

While filming for the show, she was sick “about seven times a day” as a result of her secret three-year battle with bulimia, which was caused by online trolls.

At the start of last year, the reality stay revealed she’d lost 16lbs in just 12 weeks as she overhauled her lifestyle in a bid to hit her fitness goals.

For more celeb-related news, we revealed how lip fillers have changed the appearance of celebrities from Kylie Jenner to Charlotte Crosby.

And these are the the famous mums with ‘secret’ stepkids, including Frankie Bridge, Stacey Solomon and Fearne Cotton.

Plus we took a look at Lauren Goodger’s astonishing transformation- including a boob job, nose job, fillers & lipo to fix her ‘lumps and bumps’.