A walk down memory lane! Heather Rae Young made candid confessions about some of the memories that she’s shared on social media, including those with her Selling Sunset cast members, during Us Weekly’s exclusive Instagram Breakdown series.

The 33-year-old real estate agent described a fun day in the sun that she had with her Selling Sunset costars in August 2020. The photo includes Mary Fitzgerald, Chrishell Stause and Amanza Smith all joining Young for a day on their boat. 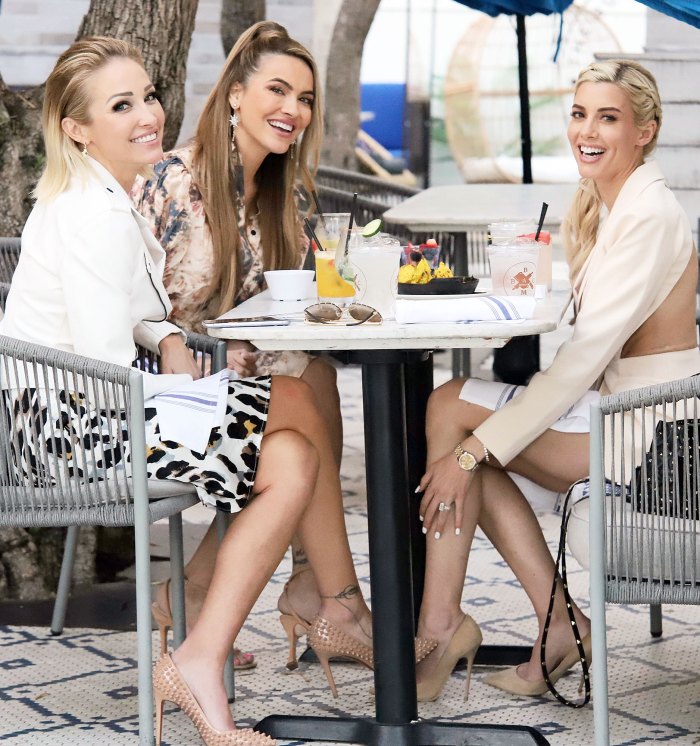 She captioned the photo, “Girls just want to have fun in the sun… we may or may not have made bad decisions on Bad decisions. Celebrating so much good news!! Exciting things in the near future! #sellingsunset.”

Young’s outing took place while her fiancé, Tarek El Moussa, spent time with his own pals. “I don’t fully remember everything that happened along the way,” she told Us, noting that she doesn’t usually drink too much.

The reality star mentioned that people often ask if she and her costars only spend time together because of the show, which she denies.

“We’re all really good friends. We have all been friends for years and years. Tarek loves everyone that I work with. Him and Jason [Oppenheim] and Brett [Oppenheim] are good friends, so we like to have everyone down to go have some fun,” she said.

The former model and El Moussa, 39, first met when they were boating with mutual friends in 2019. The Flip or Flop star later confirmed their relationship that August on Instagram.

The twosome watched the filmed proposal together, getting emotional as they relived the special day. Young explained, “We will always have that to go back to and watch. … I just adore and love him so much. It’s so sweet to watch that and remember that day.” 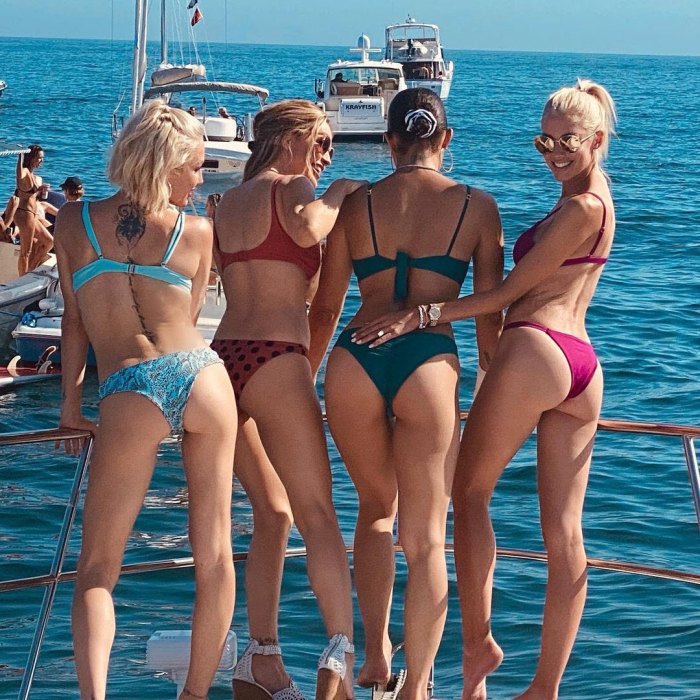 The Netflix star captioned the adorable video, posted in October 2020, “Watch us watch our proposal! I just can’t help but cry! We will forever have this moment to watch back.
You will see tonight on why I am so in love with Tarek. He makes me want to be a better person every single day. Thank you all for the love and support and I hope you guys love it!! Now tell me do you think @therealtarekelmoussa cries when he proposed to me? Do you think he was nervous?”

After their one-year anniversary, the HGTV star, who was previously married to Christina Haack, officially proposed to the Netflix personality. Young posted a photo from the proposal with the caption, “The Future Mrs. Tarek El Moussa!!!!”

The California native exclusively told Us Weekly in February that being a stepmom can be “a lot to juggle and a lot to manage” — but she’s “doing a pretty rock star job” so far.

Young explained that she met El Moussa’s children one week before she moved in with them, “We’re just such a tight family now, and it’s so special to watch them grow,” she gushed to Us. “I’ve never seen children grow up in front of my eyes. … Every week, we get them back [from their mom] and I get to see them changing. It’s so cute. I’ve never experienced this before and it’s so special.”