Heather Caused ‘Damage’ to Our Friendship

From friends to foes. Real Housewives of Salt Lake City stars Whitney Rose and Heather Gay are officially on the outs and it comes down to one thing: Lisa Barlow.

“I don’t know if you have friends in your life that kind of do the most damage behind-the-scenes and then they walk away their hands clean, that’s how I feel about it,” Whitney, 36, said during an exclusive interview on Us Weekly’s “Getting Real with the Housewives” podcast. “It comes down to Lisa Barlow, I think if you notice, when she [Heather] arrived in Arizona and saw that I was there with Lisa first, I just saw it in her face. I knew, I was like, ‘Oh s—t, she’s, she’s not gonna like this.’” 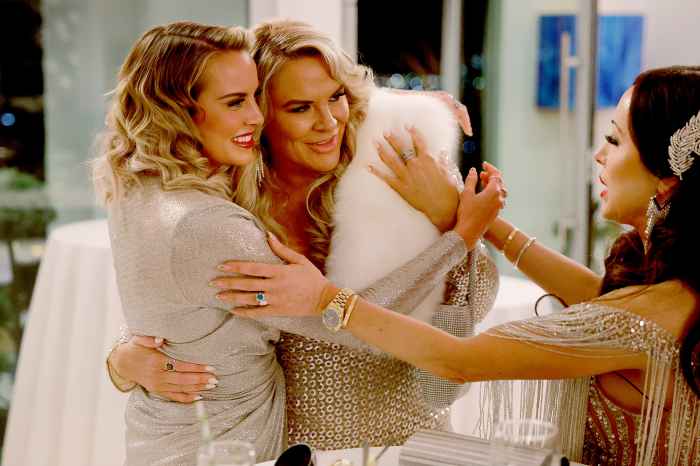 On the Wednesday, November 9, episode of the Bravo show, Whitney and Heather, 40, attempted to work through some of their issues that have been brewing since the cast trip to Arizona. It was there that Whitney claimed Heather heard the rumor that Lisa, 47, exchanged sexual favors for Utah Jazz tickets. Lisa denied the rumor, while Heather denied ever hearing about the gossip.

“That conversation was supposed to be about her and I, but clearly we see when Lisa’s brought up the dynamic changes quite a bit. It is hard, but I feel like in our group the dynamics change so much that we’re constantly navigating being friends with people that someone else is at odds with,” the Wild Rose founder explained. “I just wish that the loyalty through that was offered to me as well. If you remember, Jen [Shah] came at me really hard season one and Jen and I have had our moments, but Heather still backed Jen. I just wish I had that same level of understanding and respect.”

Last month at BravoCon, the Beauty Lab founder reignited the feud with Whitney claiming during their panel that Whitney “reaches the most” while filming and that she tried to “create drama when there was none.”

“That was a hard moment because I feel like she’s the one that reaches the most,” Whitney told Us. “But to sit there and have her say that, that did some damage. However, we are not in a good place currently, but I’m hopeful that in the future things can change. We have to be both willing to own where we’ve gone wrong.”