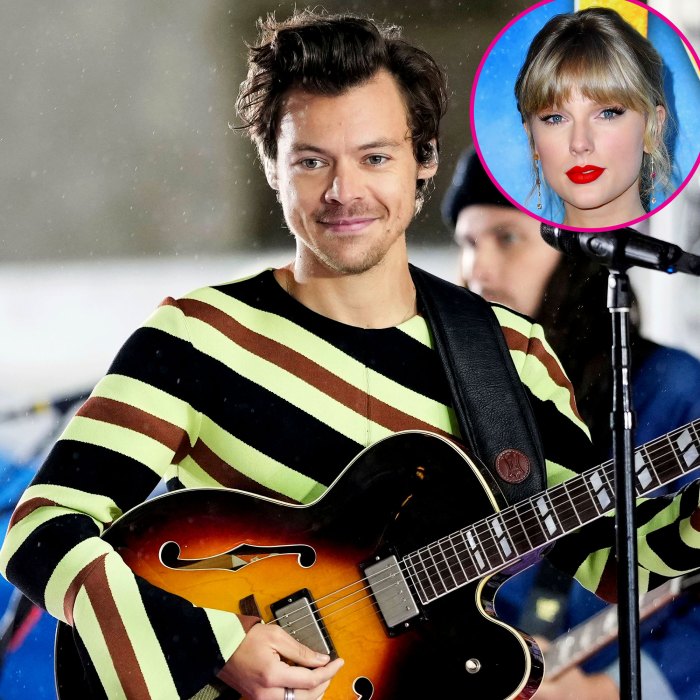 He’s feeling 22! Harry Styles treated the audience to a snippet of a Taylor Swift song during his One Night Only concert in London — and fans are clamoring for a full cover.

After the “Watermelon Sugar” singer, 28, found out it was one attendee’s 22nd birthday on Wednesday, May 24, he decided to commemorate the moment on stage. “22!” he exclaimed before quietly singing the line, “I’m feeling 22.”

The crowd went wild to hear Styles sing a snippet of a song by Swift, 32, whom he dated in 2012. The occasion marked the second time the U.K. native has referenced “22” in concert after he briefly recited the lyrics during a 2018 show.

After a video of the “One Night Only” moment circulated online, fans of both artists took to social media to ask the Dunkirk actor to release a complete version of his “22” take. “@Harry_Styles full cover of 22 when?????” one Twitter user asked. “No thoughts just harry styles being a 22 stan throughout the years,” tweeted another fan.

The former One Direction member and the Cats actress have never collaborated on any music, but Styles has repeatedly praised his ex-girlfriend’s knack for writing songs — even the ones that are purportedly about him.

“I think about what it means to me to write a song about somebody else, and for somebody else to do that, it’s, like, flattering,” he told Howard Stern in March 2020. “Even if the song isn’t that flattering, you still spent time on it and ultimately, using Taylor as an example, she’s a great songwriter. So, at least they’re good songs.”

The Eternals star has also said he doesn’t mind if Swift — or any other exes — write songs about him because it’s also what he does.

“I think we always say that we always write from personal experiences, so it would be hypocritical of us to be like, ‘You can’t write songs,’” he said during a November 2014 Google hangout. “And she’s really good. They’re great songs, so I’m lucky in that sense.”

Fans have long believed that several songs on Swift’s 2014 album, 1989, are about her brief romance with Styles. One such track is even called “Style,” which includes the line, “I should just tell you to leave ’cause I know exactly where it leads, but I watch us go round and round each time.”

The “Sign of the Times” crooner, for his part, seemingly addressed his relationship with the Pennsylvania native in his 2017 song “Two Ghosts.” The first verse begins with a description of a woman with red lips — one of Swift’s signature looks — and blue eyes.

Earlier this month, however, Styles denied that his new song “Daylight” is about Swift, despite the fact that it shares a name with a track on her 2019 album, Lover.

“You’re reading too much into it,” he said during a May 19 appearance on The Howard Stern Show. “You know I’d love to tell you that you’re spot on, but I can’t. No, sorry.”