Keeping it casual. Things are still going smoothly between Olivia Wilde and Harry Styles three months after news of their relationship first broke.

“Harry and Olivia have been spending time in London,” a source exclusively tells Us Weekly. “She’s been staying at his place. They’re trying to be as low key as possible and go to places that aren’t too crowded.” 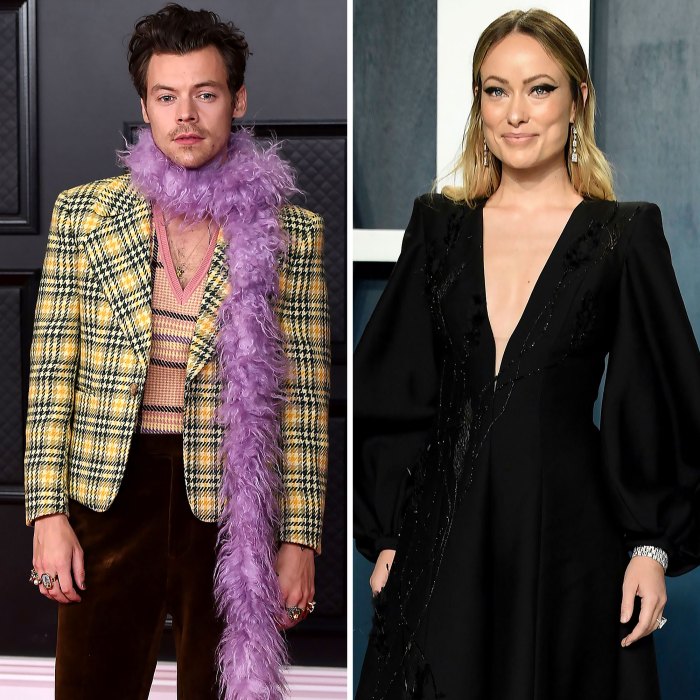 Though the “Watermelon Sugar” singer, 27, and Booksmart director, 37, are both quite recognizable figures, they’re not having much trouble keeping out of the spotlight in Styles’ native U.K. “People tend to respect people’s privacy in London, so they probably feel comfortable walking around by themselves and don’t feel like they need a bodyguard,” the insider adds.

As for how they’re keeping busy without attracting a lot of attention, the source notes that “they’ve been spotted at local pubs and like to walk around taking in sights” of the city.

“They were walking close to each other and had their arms linked together,” adds the insider, who bumped into the duo on one of their recent strolls. “They seemed very couply and cuddly with one another.”

The pair were first linked in January 2021, when they were photographed holding hands at the wedding of Styles’ manager. A source told Us at the time that the former One Direction member called Wilde his “girlfriend” during his speech he gave at the event.

In February, after filming wrapped on her upcoming film Don’t Worry Darling, the actress wrote a lengthy Instagram message in praise of her new boyfriend’s acting skills. “Little known fact: most male actors don’t want to play supporting roles in female-led films,” she wrote. “The industry has raised them to believe it lessens their power (i.e financial value) to accept these roles, which is one of the reasons it’s so hard to get financing for movies focusing on female stories. No joke, it is harrrrrd to find actors who recognize why it might be worth it to allow for a woman to hold the spotlight.”

Styles replaced Shia LaBeouf in the movie, which also stars Florence Pugh and Chris Pine, in September 2020. “Harry and Olivia had chemistry almost instantaneously on set,” a source told Us in January. “It was only a matter of time before they got together.”

Wilde and her ex-fiancé, Jason Sudeikis, announced the end of their nine-year relationship in November 2020. The former couple share son Otis, 7, and Daisy, 4.