“Yesterday was the best day of my life 💙 thanks to my husband!!” the former Harry Potter star, 31, captioned a photo via Instagram. The snap showed her and her new spouse’s wedding rings.

Wright stepped into the spotlight at age 11 when she starred in Harry Potter and the Sorcerer’s Stone as Ginny Weasley, a role she played throughout the eight films. Fellow Hogwarts alum Scarlet Hefner (née Byrne) was among the first to send best wishes to the bride.

“Congratulations to you both! @thisisbwright 💜😘,” the actress, who played Pansy Parkinson in the Potter films, wrote. 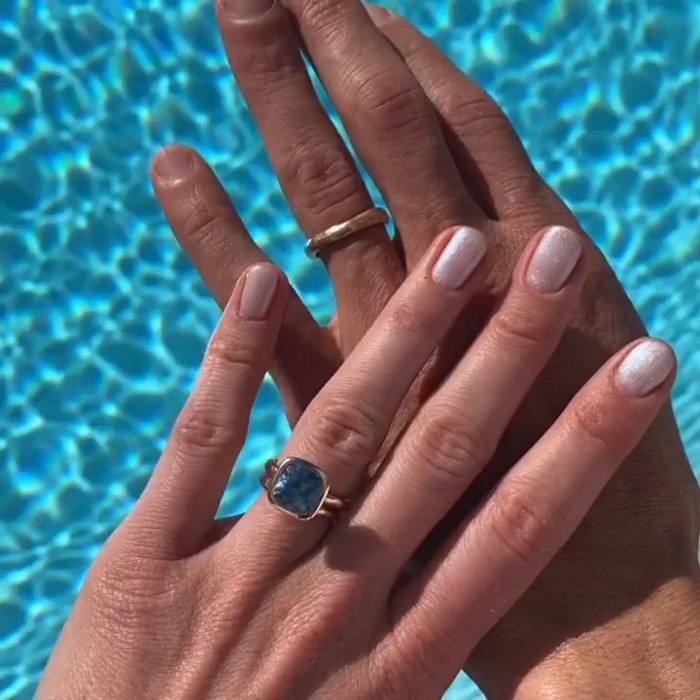 Previously, the Go Gently author was engaged to Harry Potter costar Jamie Campbell Bower from 2011 to 2012. She was later linked to Glee actor Jacob Artist and entrepreneur Simon Hammerstein. Wright started sharing glimpses of her relationship with Lococo, 38, via Instagram in September 2020.

The Greenpeace ambassador revealed in a February YouTube vlog that she and her love had moved in together, and she left Los Angeles to live in San Diego with him.

“Andrew and I had been going back and forth between these two cities for a long time, so we were ready to live in the same place,” she told followers. “This is Andrew’s house, which is now our house. He has lived here for 10 years [and] has a beautiful garden. He’s looked after it very well.”

The eco-friendly couple compost and garden at their humble abode, which they share with dog Billy and cats Frank and Hugo.

“One person who is so happy about being here is Billy,” the environmental activist revealed in her vlog about moving to San Diego. “He is obsessed with Andrew, and every time he comes home from work, he’s still, like, as excited to greet him as though he hasn’t seen him in months and years. So, he can’t quite believe his luck that he gets to be by his two favorite people.”

While Wright’s love story with her husband is largely kept private, fans know all about her character Ginny’s romantic arc with Harry Potter (Daniel Radcliffe). The actress, who appeared in January’s Harry Potter 20th Anniversary: Return to Hogwarts special on HBO Max, told Us Weekly exclusively that she wishes there could’ve been more time to let that relationship blossom on screen.

“In terms of what was left out, I mean, I think everyone would have loved every part of their character in the book in the film,” the London native told Us of the film franchise in November. “But I think for me, what I would have loved is just kind of the nuances of the relationship building. I think just having a bit more of that onscreen, I think to see the kind of chemistry and our dynamic develop, I think would have been really helpful and key to their sort of love story and why they end up together.”