Are the Fab Four no more? Not quite, but royal expert Katie Nicholl thinks it will be a while before Prince Harry, Meghan Markle, Prince William and Duchess Kate reunite as a group.

While the Duke of Sussex, 36, saw his brother, 38, and sister-in-law, 39, during his recent U.K. visit, that trio and Meghan, 39, are not likely to hang out as a foursome anytime soon, Nicholl told Entertainment Tonight.

The Behind the Palace Walls author believes there’s still too much hurt between the parties following the Sussexes’ tell-all interview in March, in which the couple accused unidentified members of the royal family of making racist remarks about their son, Archie, before his May 2019 arrival. The former Suits actress also alleged that Kate had made her cry in the run-up to her 2018 wedding to Harry — not the other way around, as had previously been reported. 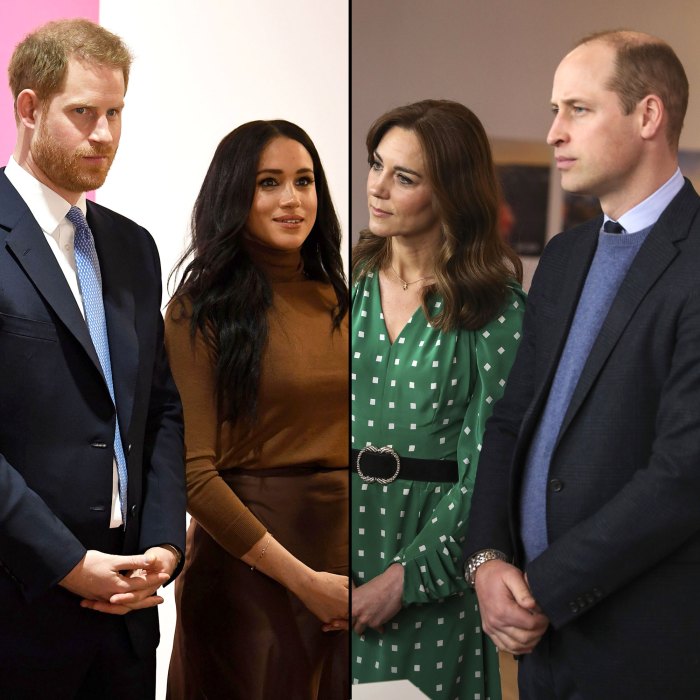 Harry, for his part, opened up about the state of his relationship with William, which has been on the rocks for years. “The relationship is ‘space’ at the moment,” he said during the interview, adding that he thinks the Duke of Cambridge is “trapped” by the monarchy. “I love William to bits. We’ve been through hell together and we have a shared experience, but we are on different paths.”

After the funeral of Prince Philip, who died April 9 at age 99, took place on Saturday, April 17, Harry was photographed walking and chatting with William and Kate, but they reportedly did not discuss the fallout from the interview in any length. Nicholl believes that hashing it out will take far more time than the brothers had over the weekend. 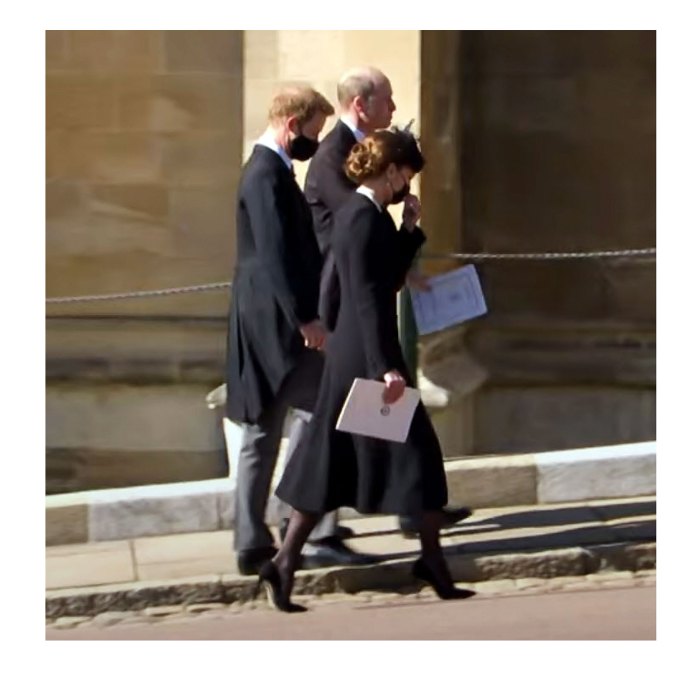 Kate acted as a peacemaker at the funeral and encouraged the brothers to speak to one another, added Nicholl, who thinks Harry and William’s chats are a good sign that both are open to deeper discussions in the future.

The funeral visit was the first time Harry had reunited with his family in over a year following the 2020 announcement that he and Meghan would be stepping down as senior members of the royal family. He returned home to Montecito, California, on Tuesday, April 20, and will likely not return to the U.K. until July, when he and William are expected to dedicate a new statue of their late mother, Princess Diana, for her 60th birthday.

Body language expert Elaine Swann believes the brothers’ interaction at Philip’s funeral showed promise for their future reconciliation. “When you know that you have offended or maybe upset your older sibling, then you’re going to do what you can to kind of make it right,” she told Us Weekly exclusively of their walk after the ceremony. “You recognize two siblings trying to pull it together. I think Harry was doing his best to say, ‘Hey, you know, bro, we’re, we’re still here. I’m still here. I still love you.’”